Some mass vaccination sites in U.S. begin to close as some demand falls. 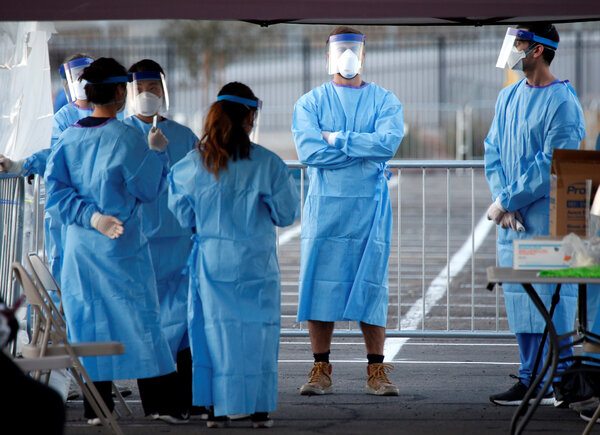 By Adeel Hassan and Noah Weiland

Some county health departments that a month ago couldn’t keep up with vaccine demand have now started closing some of their mass vaccination sites for lack of customers, and some counties are declining vaccine shipments.

Now that more than half of adults in the United States have received at least one Covid-19 vaccine dose and the country has surpassed 200 million administered doses, demand for shots appears to be slowing in many areas.

White House and health officials are comparing the next phase of the vaccination campaign to a get-out-the-vote effort. Officials in many states are looking past mass vaccination sites and toward having patients get vaccinated by their own doctors, where people are most at ease — a shift that will require the Biden administration to ship vaccine in much smaller quantities.

The seven-day average of vaccinations has declined somewhat in recent days, to 2.95 million a day as of Thursday, from a high point of 3.38 million last week, according to a New York Times analysis of data from the Centers for Disease Control and Prevention.

At a news conference on Friday, Jeffrey D. Zients, the White House’s Covid-19 response coordinator, acknowledged that the pace of vaccinations nationally would ebb. “We expect daily vaccination rates will moderate and fluctuate. We’ve gotten vaccinations to the most at risk and those most eager to get vaccinated as quickly as possible,” he said. “And we will continue those efforts, but we know reaching other populations will take time and focus.”