ARMENIA, Wis. — The groundwater that once ran cool and clean from taps in this Midwestern farming town is now laced with contaminants and fear. People refuse to drink it. They won’t brush their teeth with it. They dread taking showers.

Rural communities call it their own, private Flint— a diffuse, creeping water crisis tied to industrial farms and slack regulations that for years has tainted thousands of residential wells across the Midwest and beyond.

Now, fears and frustration over water quality and contamination have become a potent election-year issue, burbling up in races from the fissured bedrock here in Wisconsin to chemical-tainted wells in New Hampshire to dwindling water reserves in Arizona. President Trump’s actions to loosen clean water rules have intensified a battle over regulations and environmental protections unfolding on the most intensely local level: in people’s own kitchen faucets.

In Wisconsin and other Midwestern states where Republicans run the government, environmental groups say that politicians have cut budgets for environmental enforcement and inspections and weakened pollution rules. In Iowa, for example, the Republican-led Legislature dismissed a package of bills that would have blocked any new large-scale hog operations until the state cleaned up its nitrogen-laden rivers and streams.

“The regulations favor agriculture,” said Gordon Gottbeheut, 77, whose nitrate-contaminated well near Armenia, Wis., sits next to a field that is injected with manure. “When they keep cutting enforcement and people, there’s nobody to keep track of what’s happening.” 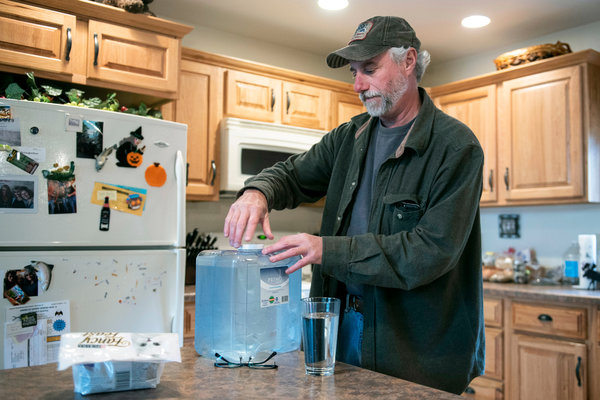 There are no precise water-quality surveys of the galaxy of private wells that serve 43 million people in the United States, but sampling by the United States Geological Survey has found contamination in about one of every five wells.

Few water-quality rules regulate those wells, meaning there is no water company to call, no backup system to turn to, and often no simple way to cure the contamination. In Flint, lead-tainted water prompted a public health emergency that led to a criminal investigation.

Homeowners say they are forced to choose between installing expensive filtration systems, spending thousands to dig deeper wells, ignoring the problem or moving.

In Wisconsin, a state report recently found that as many as 42,000 of the state’s 676,000 private wells, or 6 percent, were likely to exceed the federal health standards for nitrates, which can come from fertilizer use and manure spreading. Nitrates have been linked to a dangerous blood condition in babies and may increase cancer risks in adults.

One of those wells belongs to Carol Mount and Clark Elmore, whose home sits atop the sandy, permeable soil just down the road from a 3,000-cow dairy in the Armenia area. This spring, the nitrate levels in their well tested at 45 parts per million. The federal health limit is 10 parts.

“Our water is screwed,” Ms. Mount said. Forty percent of her neighbors whose wells were tested this year also exceeded the federal standards for nitrates. 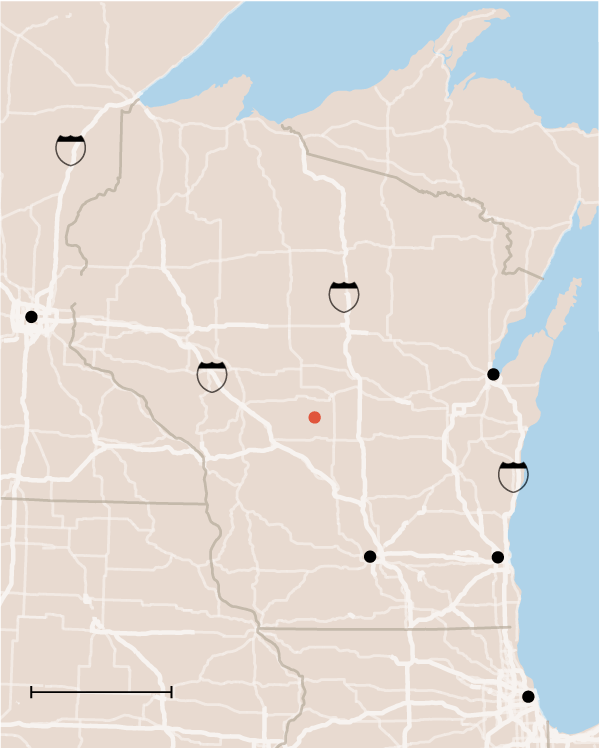 Wisconsin’s water wars have raged with particular ferocity. Conservation groups say Gov. Scott Walker’s administration has diluted environmental oversight to drive a pro-business agenda. A 2016 legislative report found that the state agency responsible for big livestock operations only issued violations in 6 percent of the cases in which its own pollution rules had been broken.

But now, as Mr. Walker runs for a third term, his Democratic challenger, Tony Evers, has turned polluted wetlands and unsafe water into campaign slogans. In Lodi, north of the state capital, Ann Groves Lloyd is campaigning for the State Assembly with a tongue-in-cheek ad in which she tries to water her cows with plastic bottles and irrigate her fields with a water cooler strapped to a John Deere tractor.

Some voters who say they cannot drink from the taps or water their livestock without worrying about nitrates or E. coli bacteria say the state’s deregulatory spree has gone too far.

“I blame the government,” Jose Rangel said one afternoon as he sat in the living room of his trailer home, reviewing a letter confirming that his 27-foot-deep well had tested at double the federal safety limits for nitrates. “We can’t do nothing about it. I’ll vote. I want clean water.”

The fight is echoing in state legislative races in New Hampshire, Maine, North Carolina and Michigan, where candidates have put river contamination and chemical spills at the center of their campaigns.

The Walker administration has defended its environmental record, pointing to new restrictions on manure spreading in eastern Wisconsin, where contaminants can seep through the thin soil and into the cracked bedrock that supplies people’s water.

“The governor is committed to working to ensure that all families in Wisconsin are safe, and will continue to work with those who can help us achieve our shared goals,” Austin Altenburg, a spokesman for Mr. Walker’s campaign, said in an email.

Jim Dick, a spokesman for the Department of Natural Resources, said its inspections of major livestock operations were higher than federal goals set by the Environmental Protection Agency for the past two years.

Agriculture and dairy groups say that farmers drink the same water and also want it to be clean, and are trying to live up to state and federal environmental rules at a moment when low crop prices and President Trump’s trade policies have rattled farmers across the country. In corners of Wisconsin, for example, farmers have set up state-supported nonprofits focused on improving water, air and soil health.

But Kriss Marion, an organic farmer campaigning for State Senate through southern Wisconsin, said the state’s wetlands, streams and groundwater were being stripped of protections as industrial farms were allowed to grow larger and larger. She said staff levels at the Department of Natural Resources had been “gutted” under Mr. Walker.

“That’s why I am running,” she said. “This is the fight of the decade.”

The Republican incumbent in her district, Howard Marklein, supported a $3 billion incentive package championed by Mr. Walker to draw a huge new electronics factory to Wisconsin that also allowed the factory to bypass environmental and water rules. He has been endorsed by trade groups representing dairy, pork, cattle, potato and corn farmers.

In Armenia, it is now everyone’s problem.

Wells contaminated by bacteria or hazardous microorganisms can be blasted with chlorine and other disinfectants. But there is no easy fix for nitrates. The Armenia Growers Coalition, a group that represents three big farms in the area, including the 3,000-cow Central Sands Dairy, is delivering bottled water to people and has offered to pay for water-treatment systems.

The group said it was working with homeowners, and blamed the contamination on “farming practices from decades ago.” The owners of the Central Sands Dairy declined to comment beyond sending a statement through the Growers Coalition.

For some, the water problems have tarnished the natural allure of an out-of-the way town whose nonfarm economy consists of two bars, one of them a strip club. Away from the noise and smell of the thousands of cows, houses are tucked into the red pines and pinned to the banks above the Wisconsin River.