Restaurant patron ‘records himself urinating and kills man calling him out' 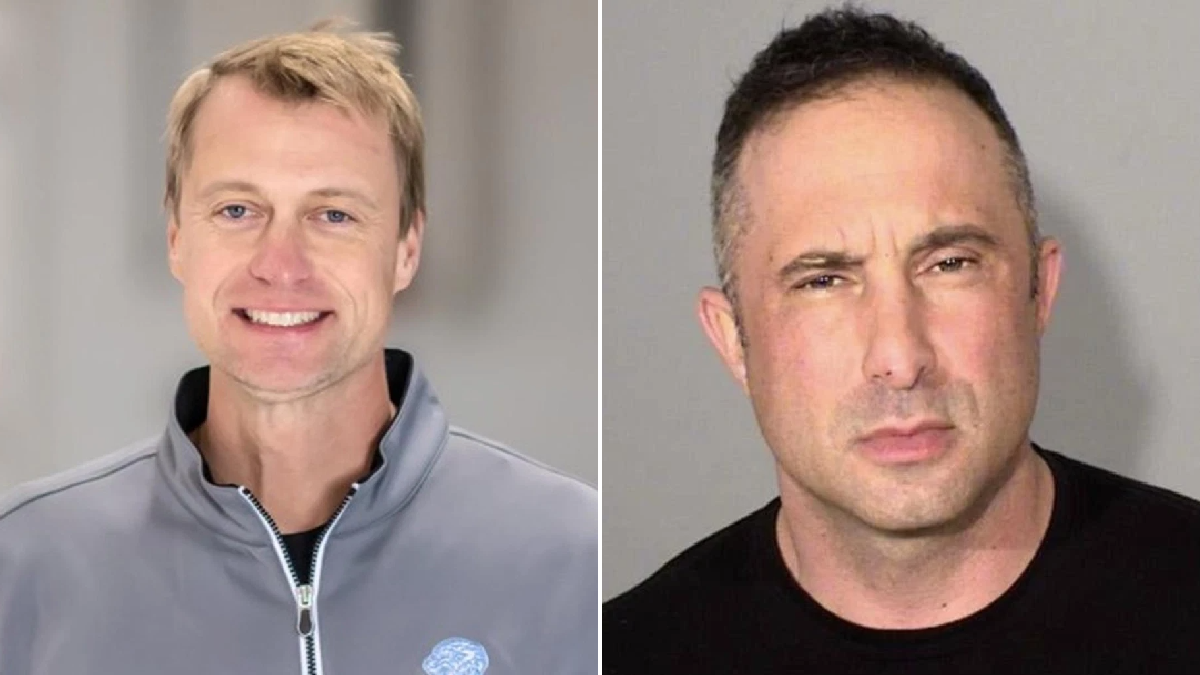 A man at restaurant allegedly went the restroom and recorded himself peeing in a urinal, then punched, pushed and killed a man who called him out for the inappropriate behavior. Ryan John Whisler, 43, reportedly got into the fight in the restroom at Herbie’s on the Park in St Paul, Minneapolis.

A stranger, Mike Ryan, 48, on his way out of the restroom on April 17 apparently made a comment to Whisler who was recording himself peeing, the Duluth News Tribune reported. Whisler, who had already allegedly punched a hole in cellophane installed for social distancing, then turned on Ryan.

Surveillance footage showed Whisler grabbing Ryan by the shirt, and Ryan attempting to break free while holding on to a railing, police said. However, Whisler struck Ryan in the face, causing his face mask to fall. A man tried to break up the fight but Whisler proceeded to hit Ryan in the head with a ‘large sweeping motion’, officials said.

Whisler then allegedly pushed Ryan down to the bottom of a flight of stairs during which he hit his head on concrete.

Ryan was placed on life support at Regions Hospital and died from a brain injury the following day.

Ryan was a father of two and coach for the girls hockey team at Jefferson High School in Bloomington, Minnesota.

‘He wanted to make sure that every girl grew as a person and not just on the ice,’ varsity assistant coach Nikki Nightengale told KARE11.

A GoFundMe account for Ryan states that ‘through Mike’s time as a player, friend and coach, he touched many in the Bloomington community and beyond’.

‘He cared greatly for the young athletes he coached, and his impact on them went well beyond the rink,’ the page states.