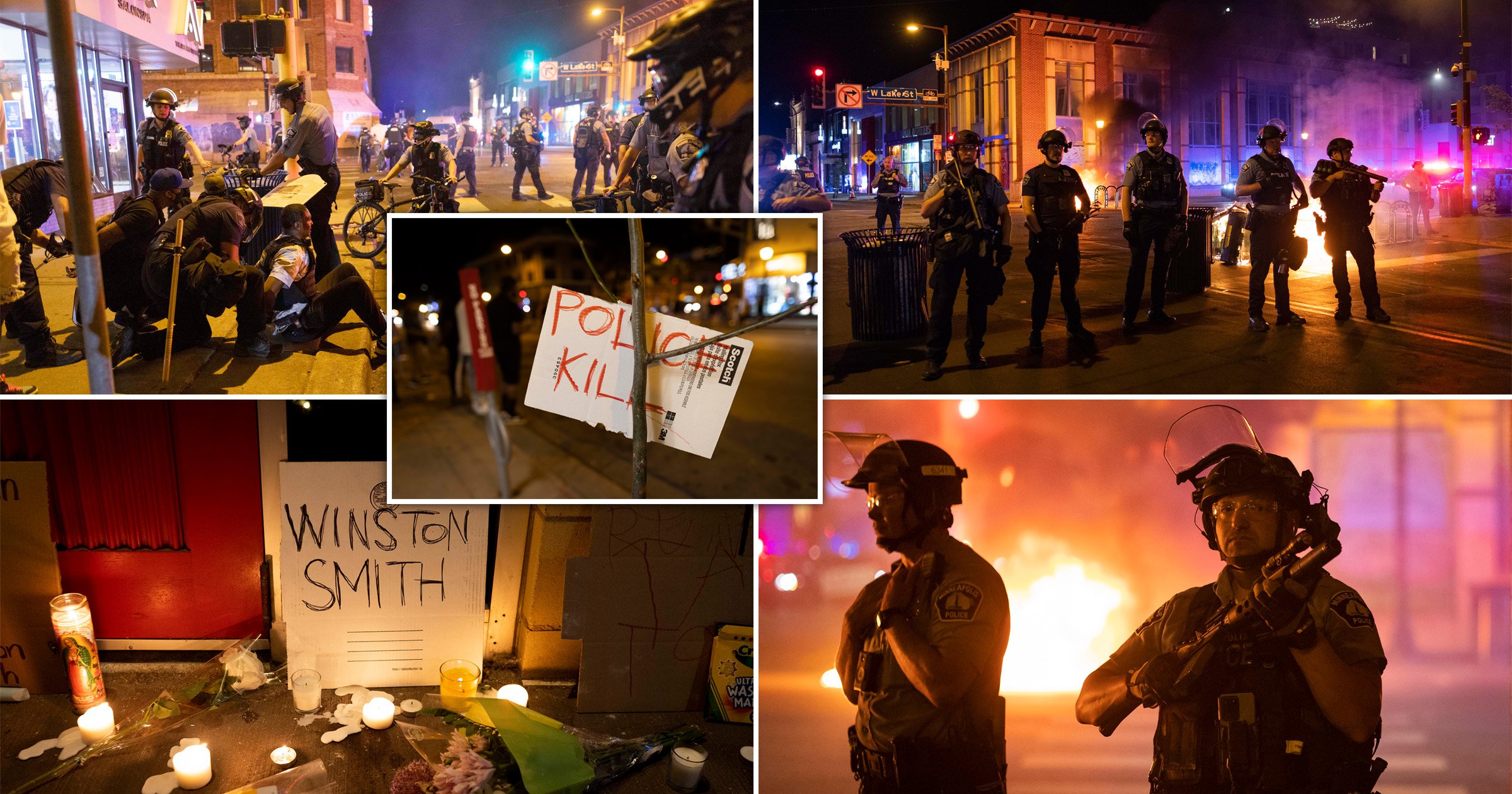 Protests in the city where George Floyd was murdered have erupted again after a black man was shot dead by law enforcement officers.

There have been two nights of demonstrations and disorder following the death of Winston Boogie Smith Jr, 32, in Minneapolis.

The dad-of-three, who was subject to a warrant for a firearms offence, was shot dead by members of a US marshals task force just three miles from where Mr Floyd was killed in May, 2020.

Protesters have faced off with officers two nights in a row, with pictures from the scene showing fires in the street.

Nine people have been arrested so far in the Uptown area of the city on suspicion of riot, assault, arson and damage to property.

According to a statement from officials in Minnesota, a shootout ensued when several officers surrounded Mr Smith’s car to arrest him on June 3.

A woman, 27, who was also in the car at the time sustained minor injuries.

A bartender who works nearby told The Star Tribune, a local newspaper: ‘There were about one or two police cars on the top of the ramp [and then] about five more.

‘When [all the cars] got to the top, there was eight to 12 shots. [Officers] grabbed the girl…and put her in handcuffs.’

Family and friends claim Mr Smith was often harassed by police and have demanded a transparent investigation into his death.

Court documents show a warrant was issued for his arrest in May after he failed to appear at a court hearing, CNN reports.

The officers involved claim Mr Smith fired at them, with state officials saying ‘evidence at the scene indicates that the man fired his weapon from inside the vehicle’.

However, in a city where tensions are already running high, the news that the officers were not wearing bodycams is likely to fuel anger.

Derek Chauvin is facing 30 years in prison for murdering George Floyd, 46, in an act of police brutality that shocked the world.

Bystanders captured footage of the white officer kneeling on the dad’s neck for nine minutes as he repeatedly told him: ‘I can’t breathe’.

Another black man, Daunte Wright, was killed by a police officer in a traffic stop and attempted arrest in Minnesota in April.