A man who calls himself the ‘Pro-Life Spiderman’ was arrested Tuesday after climbing to the top of Salesforce Tower, the tallest skyscraper in California, in a protest against abortion.

Videos taken both inside and outside the tower show the 22-year-old activist, Maison Des Champs, free climbing the 60-story 1,070-foot-tall building.

Around 9.30am, the sight of the climber began drawing in crowds of onlookers. When Des Champs arrived at the top of the building around 11am he was taken into custody and charged with trespassing and resisting arrest, a spokesperson for the San Francisco Police Department said. He was released later that day. 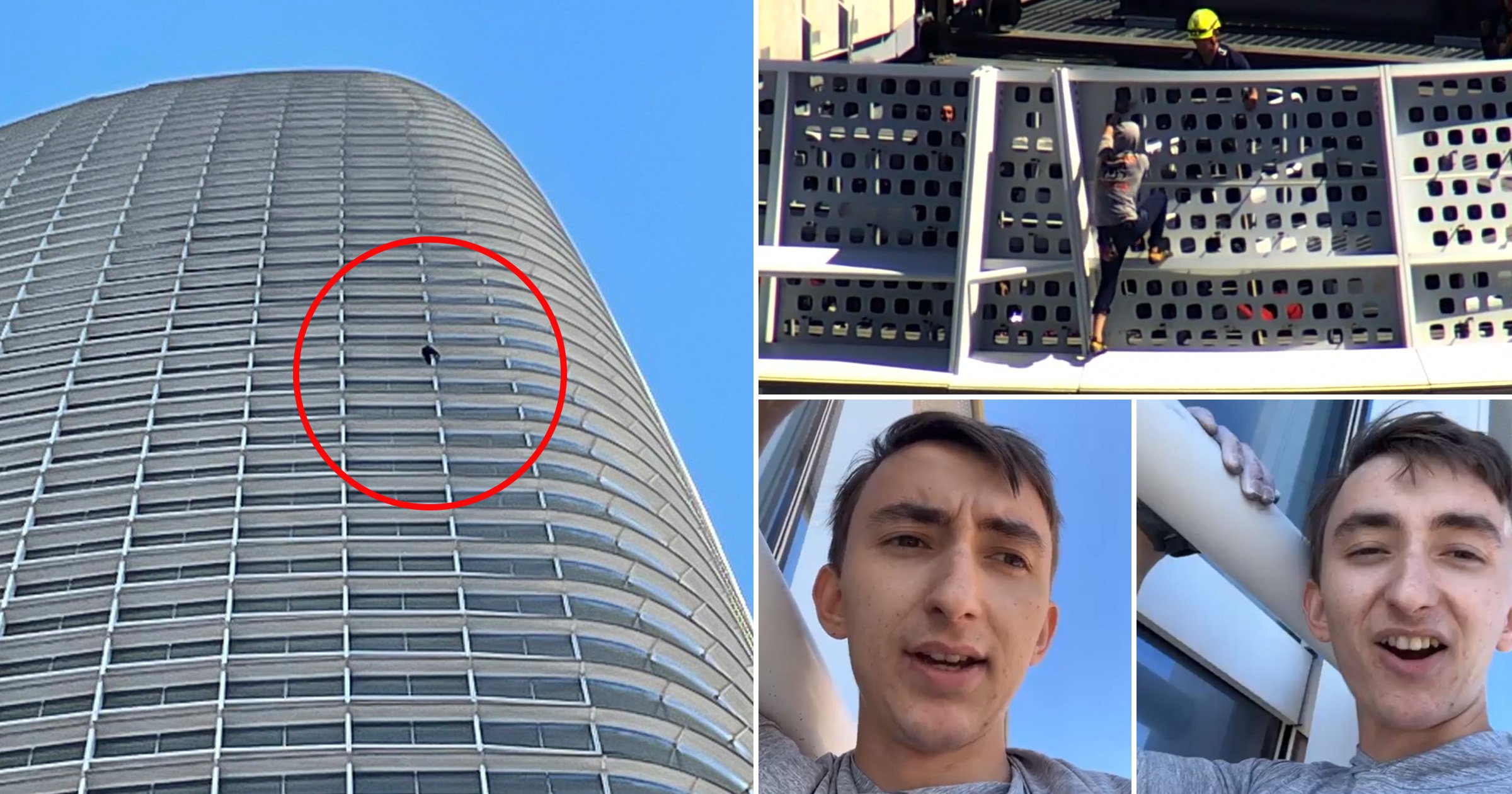 Despite the timing, Des Champs said in an interview with the Washington Post that the climb wasn’t about the Roe v Wade draft opinion.

Des Champs had planned to scale the massive tower for a month. He hoped he could use his stunt to raise funds for antiabortion groups.

‘So I’m not sure exactly what was revealed,’ Des Champs said of the draft opinion, adding that the timing of his stunt was a coincidence.

‘I didn’t really read it over close enough,’ he said.

Still, the anti-abortion activist had opinions on the possibility that Roe would be overturned.

‘Any step or any document or item — or anything that happens that can go repeal Roe v Wade  — I think is a good thing,’ he told the Post, adding that the Constitution does not grant abortion rights.

Des Champs has performed similar stunts to draw attention to other conservative issues in the past. In August, he climbed a 600-foot hotel to protest Covid-19 mandates.

That climb was the first time he scaled a building, he told the Post, adding that he was dissatisfied with the amount of news coverage his antics received, which prompted him to take on the title: the ‘Pro-Life Spiderman.’

He told the paper he prepared for the climb by looking at images of the skyscraper on Google Street View.