'Politicians need to step up and do something': Thousand Oaks massacre survivor's anger

Alexis Tait, 23, was enjoying a night out at the Borderline Bar and Grill in Thousand Oaks, northwest of Los Angeles, on Tuesday when a gunman killed 12 people.

Speaking to Sky News at a vigil on Thursday, she said she saw her friend Christina being shot five times in the chest.

Another, Tel, survived the Las Vegas shooting last October when 59 people died, before being killed on the student night out. Justin was the third friend shot before her.

She added she wanted to talk about her friends and to demand that politicians “stop talking and do something”.

She said everyone initially thought firecrackers were going off.

“You hear one gun shot and you’re like ‘what’s that?’ then you hear it over and over again and that’s when you knew s***’s going done.

“I saw my friend Christina just fall down, then he made his way through the office and straight to the bar area.

“Then we were running out, you didn’t know where your friends are you’re just trying to run out.

“I just wanted to be with my boyfriend and family at that point.

“They need to do something, people who have problems should not have guns.

“This guy was messed up in the head and he was still able to carry a gun. Hundreds of people attended the vigil, with prayer circles forming outside the Civil Arts Plaza in the centre of town where a service was held.

Locals were joined in tragedy – and anger – in the leafy, well-heeled suburb where nobody locks their doors.

People were walking around in disbelief, looking lost despite being surrounded by hundreds of people all feeling the same thing.

I came from Pittsburgh hours after Wednesday’s shooting, where another gunman had killed 11 people less than two weeks before. 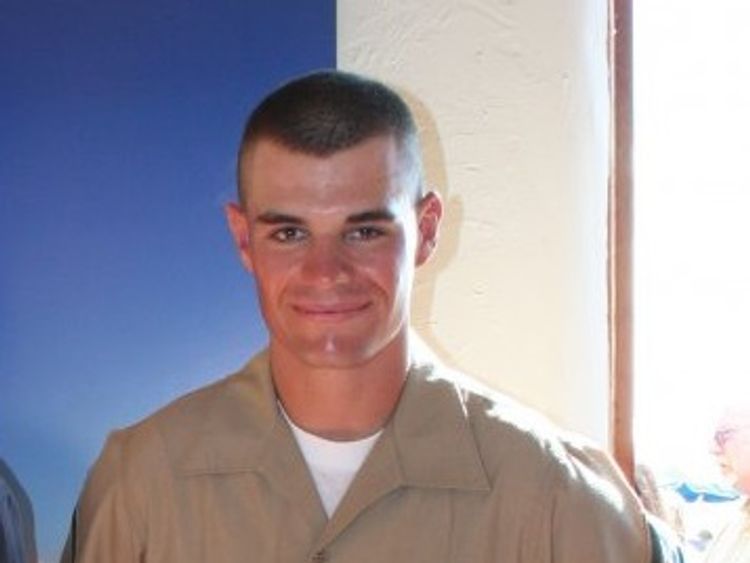 Both are well-off areas where nobody could have ever believed an atrocity like this could affect their community.

Sergeant Julie Novak said the local police force was in shock as her colleague and good friend Sergeant Ron Helus died in the shooting.

They had worked together for 24 years and she said he called his wife to say he was going into the bar as shots had been fired.

He told his wife he loved her and she then had to hear multiple gunshots go off inside the bar he had just walked into.

Sergeant Novak told Sky News: “We were very lucky he was there because he did the right thing, he ran into the gun fire.

“I was shocked this could happen here and to Ron.

“Of course he was the guy first on the scene, and of course he risked his life to save everybody else’s.

“He saved so many lives because of that, we have to know that allowed a lot of people to get out.

“Our department is devastated. It’s like losing a family member.”

Thousands Oaks was the country’s 307th mass shooting – where four or more people are killed – in the US so far this year and the reaction is the same every time – how could it happen here?

When the third safest city in America this year becomes a victim, where is there to go? How many lives have to be taken for US gun laws to change?