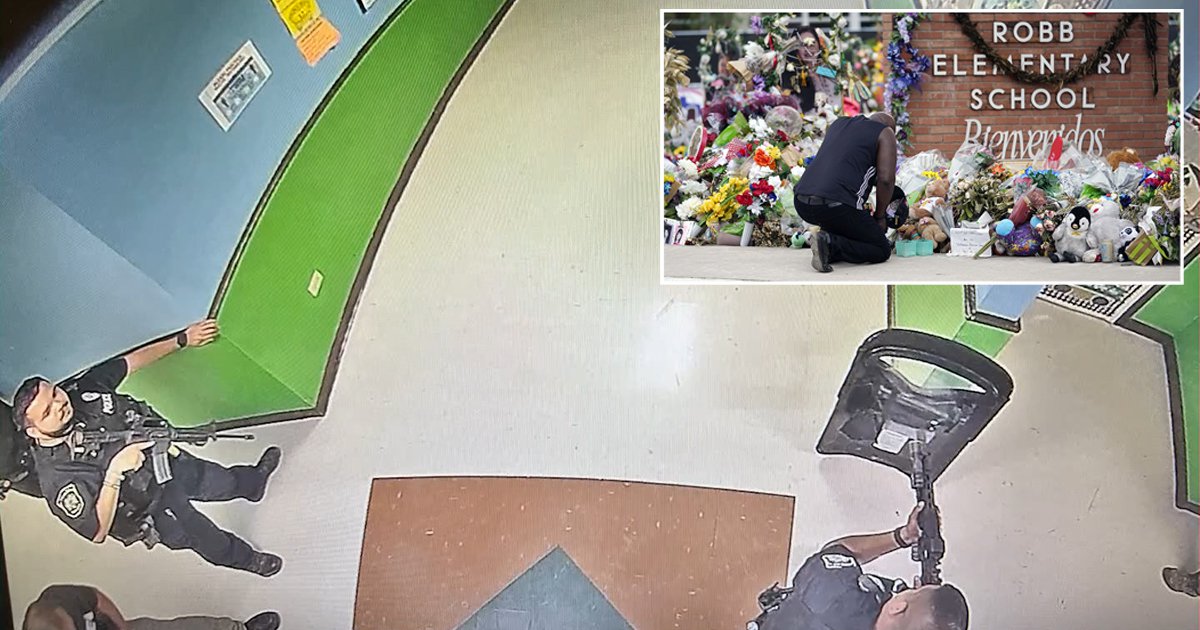 Despite this, police officers in Uvalde, Texas did not enter the conjoining classrooms the shooter was inside for nearly an hour.

The surveillance footage shows that none of the officers attempted to open the doors to the classrooms before they received the keys. The startling new revelations were reported by the Austin American-Statesman and KVUE-TV, and will be presented during a public hearing in Austin, Texas on Tuesday.

According to the outlets, a total of 77 minutes passed between when the 18-year-old gunman entered the school and when police fatally shot him. The newly revealed information seems to indicate that officers had more than enough manpower and protection to take down the gunman long before they shot him.

The gunman, Salvador Ramos, entered the school at 11.33am local time. Within three minutes, 11 police officers had arrived at the school. An officer with a ballistic shield was at the school by 11.52am.

The school district’s police chief Peter Arredondo had previously said that police only had ‘pistol’s at the time the gunman entered the building, and had held back on detaining him because they lacked proper protective gear.

Arredondo also reportedly told officers that the situation had changed from an active shooter to a barricaded subject, which made him wrongly believe the situation was not as urgent as it was.

Police finally entered the classroom at 12.50. The gunman was shot dead by a member of the US Border Patrol Tactical Unit.

The delay in response from police has been the subject of several investigations into the massacre.

At a school board meeting Monday, parents of the shooting victims and other members of the Uvalde community called for Arredondo’s resignation.

‘Having Pete still employed, knowing he is incapable of decision-making that saves lives is terrifying,’ said Brett Cross, the uncle of student Uziyah Garcia, who died in the shooting. ‘Innocence doesn’t hide, innocence doesn’t change its story, but innocence did die on May 24.’

A number of attendees at Monday’s meeting even held signs reading: ‘Fire Pete Arredondo’ outside the school’s auditorium.

Arredondo publicly defended the police response to the shooting earlier this month, telling the Texas Tribune: ‘Not a single responding officer ever hesitated, even for a moment, to put themselves at risk to save the children.’

More details of the May 24 shooting are expected to be discussed in the Texas Senate on Tuesday.