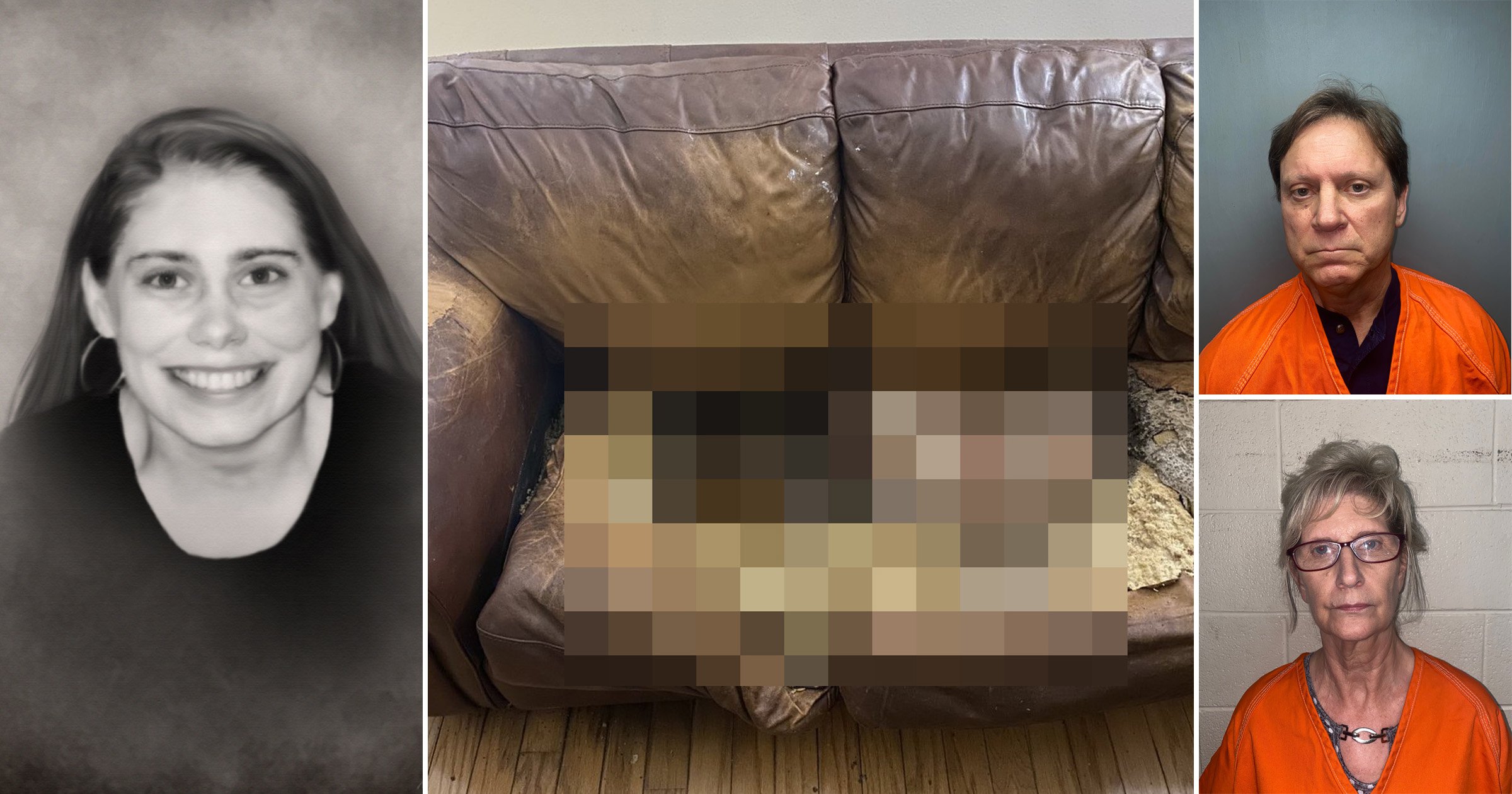 Dozens of pictures shown as evidence reveal the horrifying state that a 36-year-old autistic woman was in before she died fused in a sofa surrounded by her own excrement.

The harrowing images of Lacey Ellen Fletcher, found dead on her parents’ couch in January, were shown by District Attorney Sam D’Aquilla to a grand jury in a sealed session last Monday. The pictures helped convince the jury to bring second-degree murder charges against her mother and father, Sheila and Clay Fletcher.

Lacey, emaciated and caked in feces, appeared buried in a hole in the sofa with cleaning wipes, nasal spray, talcum powder and lotion bottles strewn around her, according to the Daily Mail, which viewed the photos late last week.

D’Aquilla would not release the images for publication, and ‘nearly all were unpublishable due to their horrifying, graphic content’, the news outlet wrote.

Lacey was sunken into the sofa up to her shoulders, slumped on her left side with her right arm across her bony body by her neck. She was partially naked and a blue patterned T-shirt over her chest did not cover her breasts. Her legs were crossed in ‘a posture of a bid to survive’, the Daily Mail reported.

Lacey’s eyes were wide open, and her open mouth revealed she still had all of her front teeth.

Her body had big red blotches. Lacey’s buttocks were eaten away from at least 12 years in the same position. Her excrement was over most of her body including her hair and even in her ears.

‘When I was presenting the case and showed the pictures and gave the timeline the expressions of the grand jury was utter shock. Like the clock on the wall never moved again,’ Coroner Dr Ewell Bickman told the Daily Mail.

‘There was complete silence. Some jurors were gasping in horror. Some were staring in disbelief.’

A few feet away from the sofa was a low table cluttered with items that suggest the Fletchers had supplies to clean Lacey. Along with the wipes, nasal spray and lotion bottles was a box with a lid and a child’s photograph. To the right of the sofa was a gray commode with a pile of clothes neatly folded.

A video recorded by Bickman shows an 18-inch gap between the sofa and the wall with a wet patch he believes is urine, according to the Daily Mail.

‘You can’t say she wasn’t in pain,’ Bickman said.

Lacey weighed 96 pounds when authorities found her dead on January 3 at her home in the small town of Slaughter.

Sheila was released from East Feliciana Parish Jail on Tuesday night after posting a $300,000 bond, and her husband also walked free on Wednesday morning after posting the same amount. If convicted, the parents face a life sentence without parole.

The Fletchers’ first arraignment will likely be within two months, D’Aquilla told the Daily Mail, and their trial could begin as soon as October.