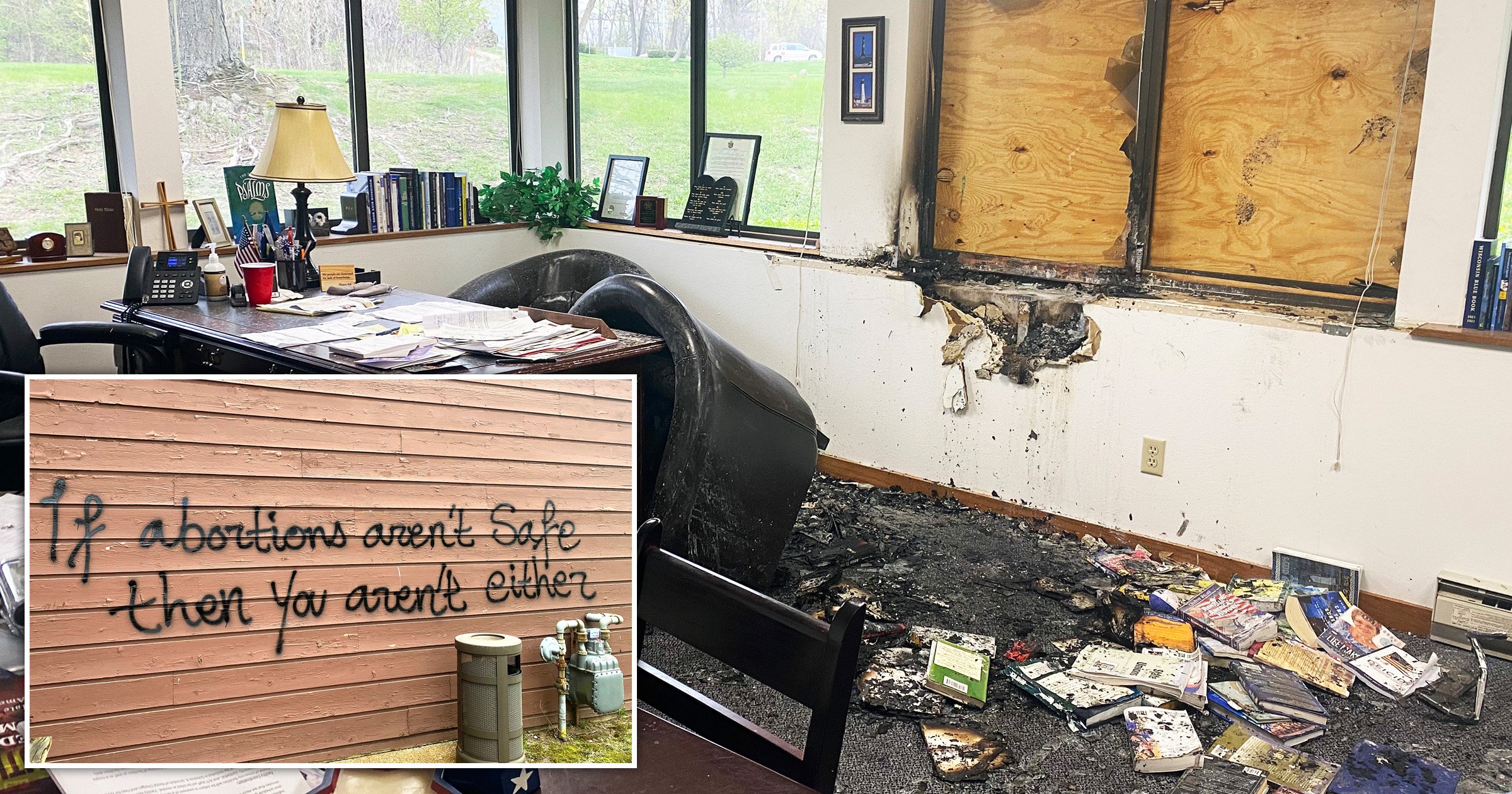 A conservative political organization’s office has been vandalized with graffiti and damaged by fire, according to officials in Wisconsin, who say the blaze was suspicious in nature.

Written on the wall outside the Wisconsin Family Action office in Madison was a message reading: ‘If abortions aren’t safe then you aren’t either.’ Police say the fire broke out at the office just after 6am Sunday.

No one was injured in the blaze, and officials are still working to determine the extent of the damage the fire caused.

‘What you’re going to see here is a direct threat against us,’ the president of the lobbying group, Julaine Appling, said on Sunday.

The incident comes just days after a leaked US Supreme Court opinion indicated that the majority of the high court agreed to overturn Roe v Wade, the landmark 1973 decision that legalized abortion across the US.

‘This is the local manifestation of the anger and the lack of tolerance from the pro-abortion people toward those of us who are pro-life,’ Appling said.

Investigators at the scene found the remnants of at least one Molotov cocktail, which was thrown into the building but did not ignite, according to the Wisconsin State Journal.

‘We will repair our offices, remain on the job, and build an even stronger grassroots effort,’ Appling said. ‘We will not back down. We will not stop doing what we are doing. Too much is at stake.’

Wisconsin politicians from both parties condemned the vandalism, including Democratic Governor Tony Evers.

‘We condemn violence and hatred in all forms, including the actions at Wisconsin Family Action in Madison last night,’ Evers wrote to Twitter.

‘We reject violence against any person for disagreeing with another’s view . . . We will work against overturning Roe and attacks on reproductive rights by leading with empathy and compassion. We will defend what we believe in with our words and our voices – in the streets, in the halls of government, and at a ballot box. In Wisconsin, we must lead by example.’

The incident is currently under investigation.