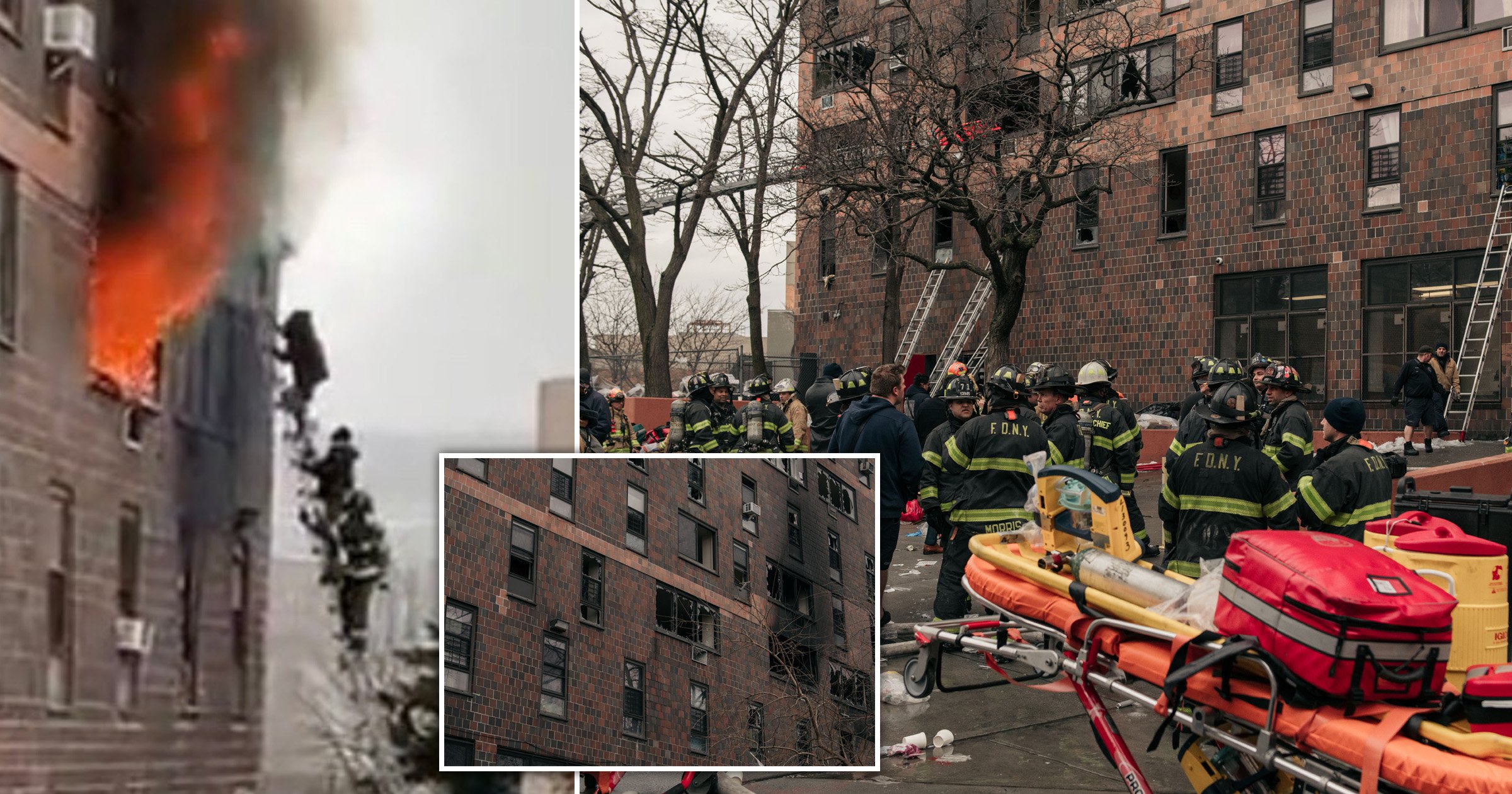 At least 19 people, including nine children, have died after a fire broke out in an apartment block in New York, officials have said.

More than 30 people are believed to have suffered severe damage to their airways after smoke from the flat billowed throughout the 19-storey building, located in a deprived area of the Bronx, on Sunday morning.

The blaze is believed to have started in a duplex apartment on the second and third floors and did not spread to other flats.

It took the efforts of 200 firefighters to bring the fire under control and rescue the victims, of whom 26 are in a critical condition. the fire department said.

One first responder was seen cradling a baby as he stepped out of a window onto a fire engine’s crane.

Pictures of the victims, which are not being published to protect their privacy, show a boy of around eight years old being fed oxygen through a mask while he lay limp on a stretcher.

Others show a woman hunched on the floor with her face almost entirely covered in soot.

The Fire Department of New York (FDNY) described the incident as a five-alarm fire, the most severe category.

It was not immediately clear what caused the fire, the FDNY added, though the origins are not believed to be suspicious.

It is located in the Bronx’s Tremont district, which is dominated by multi-storey residential apartment buildings and has a poverty rate over 50% higher than the New York average.

Another apartment building in the Bronx had to be evacuated due to a fire caused by an e-bike battery which spread from the second to the top floor on Saturday morning.

No serious injuries were reported although several apartments were seriously damaged.