But newly obtained documents show that the state may have larger plans for the app and that the cost to taxpayers may be much higher than originally stated.

The state’s three-year contract with I.B.M. — obtained by an advocacy group and shared with The New York Times — to develop and run the pass establishes the groundwork for a future where at least 10 million people in the state would have an Excelsior Pass. It would provide them with a QR code that would not only verify their vaccination status but could also include other personal details like proof of age, driver’s license and other health records.

The total cost could end being as high as $17 million, much more than the $2.5 million the state had initially said it cost to develop the program.

The contract also requires I.B.M. to deliver to the state a “road map” to scale the digital health pass to 20 million individuals — the entire population of New York. The ambitious vision contrasts with the limited uses for the pass that the state has so far described to residents.

Roughly two million New Yorkers have downloaded the pass as of Monday, the state said, up from 1.1 million two weeks before. Tens of thousands of people who want passes, the state said, have been unable to download them because of a variety of technical delays, user mistakes and data entry errors.

The contract estimates that two-thirds of the adult population of the state will download passes by 2024. The contract also reserves $2.2 million for the optional implementation of a Phase 2 of the project, the nature of which is not disclosed. The state expects that the federal government will reimburse all funds.

Vaccine passports have become a political flash point in the nation’s recovery from the virus, with some states, including Georgia, Alabama, Arizona and Florida, banning their use over concerns regarding the sharing of personal information. But New York has taken a different approach.

Gov. Andrew M. Cuomo approved the contract under pandemic emergency powers he was granted by the Legislature last year, which allowed him to skirt normal procurement laws. Since the contract was signed in March, legislators have scaled back the governor’s powers.

Thousands are already flashing the pass at Yankees and Mets games and comedy clubs in New York, as well at the door of a small number of bars and restaurants, to prove their vaccination status or show recent test results. The program is voluntary and optional: Paper cards, the state has said, must also be accepted as proof of vaccination. The pass may also become largely obsolete when the state makes most virus restrictions optional in the coming weeks.

But there are growing concerns among civil liberties and government watchdog groups that those without smartphones, and those who cannot or do not want to get a pass, will not have equal access to whatever uses will exist for the app.

Albert Fox Cahn, the executive director of the Surveillance Technology Oversight Project, which filed the Freedom of Information Request to obtain the contract, said that he felt it was “indefensible” that the state had only publicly disclosed the initial cost of the Excelsior Pass, when the contract reveals the framework for a more ambitious, costlier effort.

The minimum cost of the contract is almost $10 million over the three years. The state can cancel the contract for “convenience or cause” with a month’s notice at any point.

“Given the millions they plan to invest in expanding it, and the three-year term of the contract, we have to ask, what comes next?” Mr. Cahn said. “Because this is such a charged issue, the state should be going above and beyond the level of transparency we normally use in government procurement, not trying to lower the bar.”

Freeman Klopott, a state budget office spokesman, said that the state had only discussed the $2.5 million initial cost because that was what it has already spent. “Like many state contracts, this contract includes options that the state may or may not undertake, including additional budget capacity that may not be needed,” he said.

Mr. Klopott added that the state was negotiating the scope and cost of Phase 2 of the Excelsior Pass with I.B.M. And he added that the contract’s estimate of 10 million passes by 2024 was not a forecast, but rather “the highest usage threshold established for pricing.”

The state did not specify what the plans were for Phase 2, but they have said they are looking to ways to increase the app’s use. 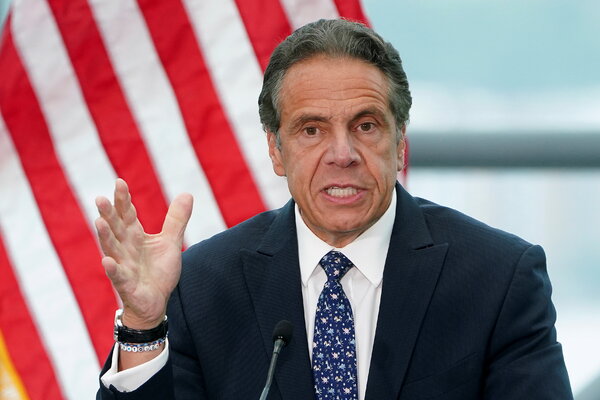 The contract, between I.B.M. and the New York State Office of Information Technology Services, runs from Jan. 25, 2021, to March 19, 2024. In addition to a fixed $2.5 million in development costs, it estimates that New York will pay I.B.M. up to $12.3 million in licensing fees over three years and $2.2 million for a second phase of development.

The state will pay I.B.M. at least $200,000 monthly in licensing costs for the next three years, which includes the right to upload 2 million passes. Those costs will go up as more passes are downloaded. The contract estimates that 5 million people will be using the pass by the end of the second year, for a monthly fee of $350,000. Ten million people, it estimates, will have passes by the next year, costing the state $600,000 monthly.

The current scope of the pass is limited: It only holds vaccine information and recent Covid-19 test information for people who had vaccines or tests in New York State. It does not work for those who had their vaccines out of state, or at a veteran’s facility or other federal site.

But Eric Piscini, the vice president of emerging business networks at I.B.M., said in a recent interview that the state was considering broader uses. He said discussions were underway to expand the pass into a broader digital wallet that could store driver’s license information, other health information and more. He also said that other states and foreign governments were exploring ways to integrate the Excelsior Pass into their own verification systems, as New York seeks to include records from other states in its system.

The state and I.B.M. have both said that the app does not track location information, and that venues that scan the app do not retain any identifiable information about visitors. But much about the privacy protections in the app remains unclear, including the exact nature of the “blockchain technology” that I.B.M. pledges is securing New Yorkers’ personal information.

As a result, dozens of lawmakers, along with the New York Civil Liberties Union, are backing legislation that would explicitly protect vaccine passport information from law enforcement and federal immigration authorities and ensure that people who can’t get vaccinated for medical reasons can still participate in society.

The bill is expected to come to a vote before the end of the legislative term.

“We have to remember that the vaccine is huge, it’s a game changer, for public health and our ability to reopen,” said Donna Lieberman, the executive director of the N.Y.C.L.U. “But it can’t be a game changer that ignores the inequities that are built into health care or that ends up destroying our privacy by creating private and government databases of highly personal information.”