Indications suggest measures are working, but as testing expands, number of new cases increase by 5,000 in 24 hours. 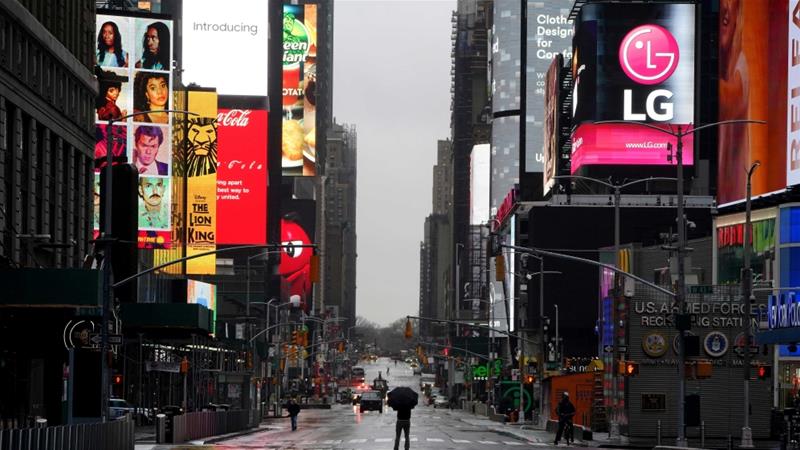 New York state measures to control the coronavirus appear to be working as the rate of hospitalisations has slowed in recent days, New York Governor Andrew Cuomo said on Wednesday.

Even so, new cases rose by more than 5,000 in the past 24 hours, giving the state more than 30,000 positive cases, roughly 10 times the number in the state with the next highest total, New Jersey, Cuomo said. The number of cases is expected to continue to surge as testing expands.

“Now that is almost too good to be true … This is a very good sign and a positive sign, again not 100 percent sure it holds, or it’s accurate but the arrows are headed in the right direction,” Cuomo told a daily news conference.

Cuomo also said sport like basketball would be banned in city parks, first on a voluntary basis as long as people comply, in rules agreed with New York City officials.

With New York emerging as the US epicentre of the coronavirus’s spread, White House officials on Tuesday focused on the crisis in the city and the state amid their efforts to contain the virus from spreading widely elsewhere. There are now 58,000 coronavirus cases in the United States. 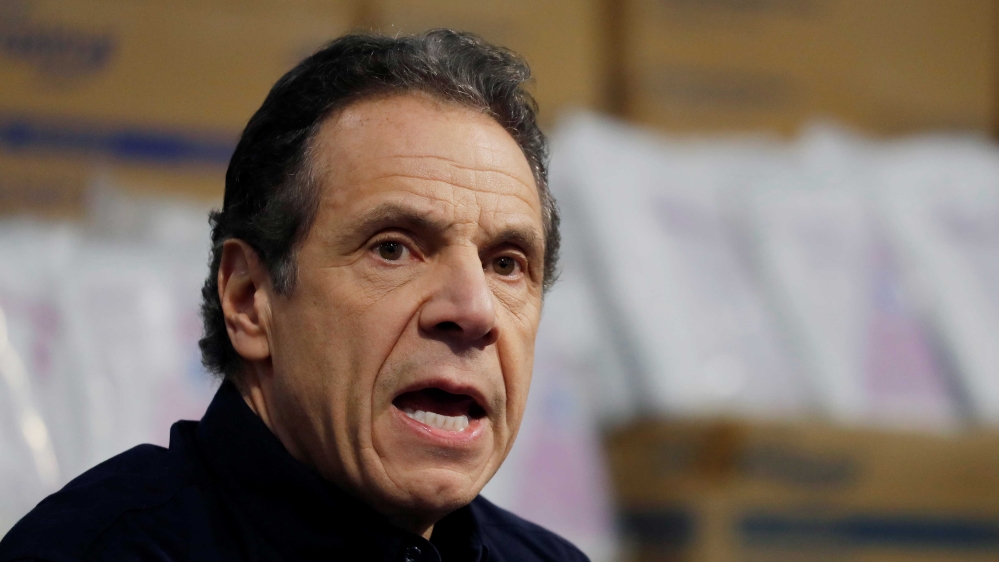 Speaking at a White House briefing, officials said anyone who recently left New York should self-quarantine at home for 14 days to prevent the virus from infecting those in other regions.

In recent days, the governors of at least 18 states have issued stay-at-home directives affecting about half of the nation’s population. The sweeping orders are aimed at slowing the virus’s spread but has upended daily life as schools and businesses shutter indefinitely.

President Donald Trump had on Tuesday said he wanted to reopen the country by Easter Sunday, but later told reporters he would listen to recommendations from the nation’s top health officials.

The closures have shocked the US economy with global markets rattled by the pandemic. US stock index futures initially rose on Wednesday before falling, with investors weighing forthcoming economic relief as Washington reached a deal on a $2 trillion stimulus package.

The measure includes a massive infusion of aid, including loan programmes for hard-hit industries and small businesses, direct payments of up to $3,000 to millions of US families, expanded unemployment aid, and billions for hospitals and health systems.

It also includes another $150bn in state and local governments to fight the outbreak.