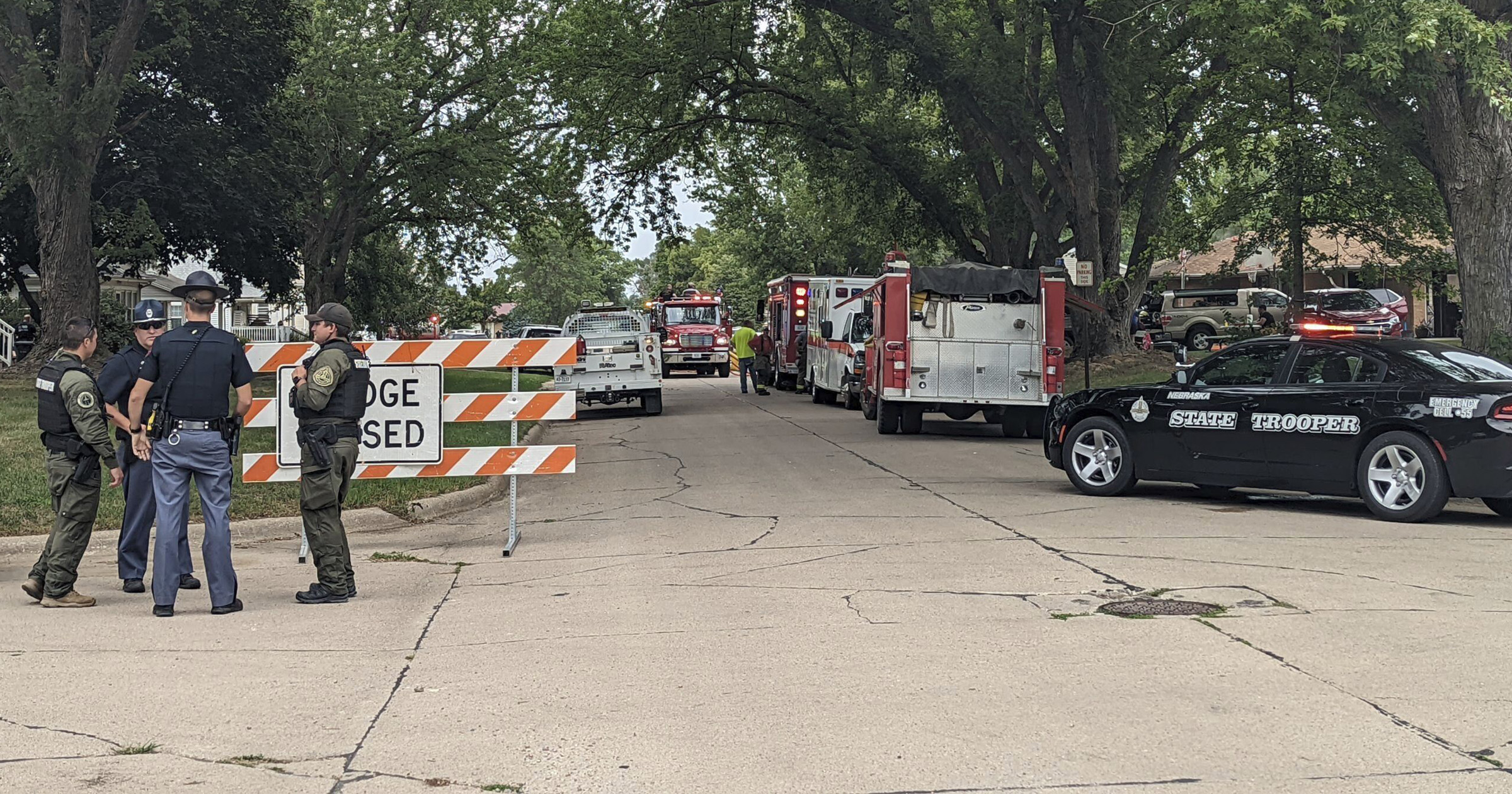 Police have arrested a ‘community member’ after four bodies were found in two burning homes in a small Nebraska town.

Jason A Jones, 42, was taken into custody at 2.30am on Friday in connection with the deaths and fires in Laurel on Thursday morning, according to Nebraska State Patrol.

Police found ‘physical evidence at the crime scene that pointed to a suspect that lived across the street’, said state patrol Col John Bolduc.

After repeated attempts to get Jones to exit voluntarily, a SWAT team entered Jones’ home on Thursday night. They found him with ‘serious burns over a large part of his body’, Bolduc said.

Jones was airlifted to a St Elizabeth Medical Center in Lincoln. He is believed to be in serious condition.

Jones was arrested on probable cause for homicide. He has not yet been booked due to his hospitalization.

The victims have been identified as Gene Twiford, 85, Janet Twiford, 86, Dana Twiford, 55, and Michelle Ebeling, 53.

All four victims were found dead with suspected gunshot wounds.

Bolduc praised the ‘heroic efforts’ of the Laurel Fire Department, which had to adjust their tactics to fight the fire without contaminating evidence and preserving the crime scene.

‘Their efforts preserved the evidence that lead us directly to the suspect,’ Bolduc said.

Police in Laurel originally responded to an ‘explosion’ at a house at 209 Elm Street early on Thursday morning. While they were investigating, they received another call about a fire only three blocks away at 503 Elm Street. Jones was their neighbor, living at 206 Elm Street.

Laurel is a small community of just about 1,000 people in about 100 miles north of Omaha.

Bolduc also emphasized the difficult circumstances of the crime.

‘I want to acknowledge indescribable grief that this community is experiencing right now,’ he said. ‘That’s going to be compounded by the betrayal of trust that they’re going to feel because a community member here is alleged to have committed these crimes.’

Bolduc could not say whether any more arrests would be made related to the fires or deaths. However, he did state that ‘there is no more danger to the Laurel community or northeast Nebraska as a result of this arrest’.