For nearly a decade, New York City has struggled to help homeless people find apartments of their own, as rents hovered in the stratosphere and the number of people stuck in shelters surged past 60,000.

So on Thursday, the City Council took its most dramatic step in years to address the city’s affordable housing crisis, voting overwhelmingly to expand a subsidy program in ways that could make apartments affordable to tens of thousands of people who are homeless or threatened with eviction.

“It is my hope that this will give people an opportunity to have a solid roof over their heads for them and their families,” City Councilman Stephen Levin, the bill’s main sponsor, said during the vote, adding that it would be “an important bill in the lives of many New Yorkers.”

The measure, in the nation’s largest and one of its most expensive cities, comes as a homelessness crisis is being pushed to the forefront around the country, with a growing encampment in Washington, D.C., blocks from the Federal Reserve and a spike in the homeless population predicted in Los Angeles. Homelessness nationwide was rising even before the pandemic, according to federal officials.

The council voted almost unanimously to sharply increase the value of housing vouchers provided by the city, which have for years been so low as to be almost worthless, with only about 350 people per month able to find an apartment using the voucher before the pandemic, according to the Council.

The value of the new vouchers would be in line with fair market rent. For a family of three seeking a two-bedroom apartment, the maximum voucher allowance would jump by 40 percent, from $1,580 per month to $2,217.

The increase is expected to have a significant effect. According to an analysis by the real estate site StreetEasy, as of late last year in New York there were just 564 apartments listed at rents low enough that the voucher would cover them. At the higher levels being set by the City Council, there were nearly 72,000 apartments available.

The vouchers subsidize tenants by paying the landlord the difference between 30 percent of the tenant’s income and the actual rent, up to the maximum allowance. Under the bill, they would be available to households with incomes below 250 percent of the federal poverty level — about $32,000 for a single person or $55,000 for a family of three.

They are also available to some New Yorkers who are not homeless but face possible eviction — a number that could explode later this year if a pandemic-long moratorium on evictions, which has helped reduce the number of families in shelters, is allowed to expire. More than 48,000 people, including over 15,000 children, are currently staying in the city’s main shelter system.

Mayor Bill de Blasio has refused to support the voucher increase unless the State raises the level of similar vouchers it offers, which it has declined to do. But the Council’s vote Thursday was veto-proof.

The Council estimates the net cost to the city of the new vouchers would be about $900 million over five years, requiring an approximately 6 percent increase to the city’s $3-billion-a-year budget to address homelessness.

But supporters of the new vouchers claim that over time they would actually net the city savings in the tens of millions.

The Win shelter network, the city’s largest operator of family shelters, projects that over five years, the higher vouchers will help more than 13,000 shelter families find permanent homes. Thousands more single adults in shelters would be helped by the measure, which raises the allowance for a single person from $1,265 to $1,900.

“Rarely can you do so many good things at once as we’re doing in this bill,” Win’s executive director, Christine Quinn, herself a former City Council speaker, said at a rally for the bill on Tuesday. 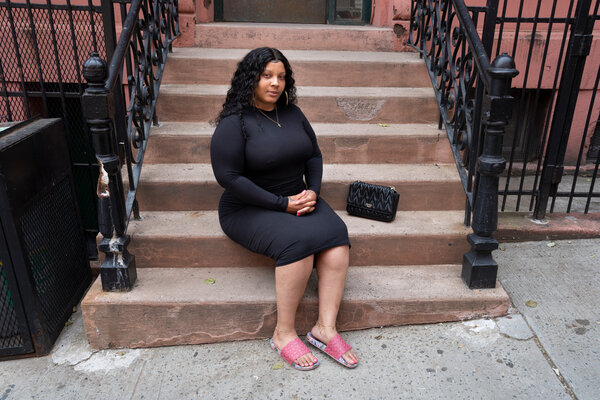 For Larita Phelps, who has lived with her children for two and a half years in a former hotel near La Guardia Airport that was converted to a homeless shelter, the increase could not come soon enough.

“It’s one single room for all of us,” Ms. Phelps, who has a 19-year-old son and a 12-year-old daughter, said of the hotel unit. “It’s not an apartment. They make it very clear.” It has a stove but no oven, a mini-fridge, two bunk beds, and precious little else.

Ms. Phelps, 43, a former health aide, said she had gone to see more than 50 apartments around the city, hoping to find one decent one where the landlord could be convinced to accept the voucher.

Affordable-housing advocates and groups representing the homeless had sought for years to increase the value of the voucher, which is now known by the unwieldy name CityFHEPS, for Family Homelessness and Eviction Prevention Supplement.

The measure’s progress through the gears of the lawmaking machinery has been glacial. Early last year, when the office of the City Council speaker issued a 200-page report on homelessness, expanding vouchers was one of its main recommendations.

“We cannot expect folks to get the help that they need without a stable, permanent roof over their heads,” the Council speaker, Corey Johnson, said this week.

The increase would make the CityFHEPS voucher equivalent to the federal Section 8 housing voucher, the holy grail of subsidized housing with a yearslong wait list.

Landlord groups applauded the move. “One voucher shouldn’t be worth more than another voucher,” said Basha Gerhards, a senior vice president of planning for the Real Estate Board of New York, which represents the city’s biggest landlords.

Mr. de Blasio has refused to support the voucher increase because the state has refused to increase its own vouchers, which are capped at several hundred dollars below fair-market rent.

“We’re willing to go to a higher level, but we’ve got to do it in coordination with the state or else we are just robbing Peter to pay Paul,” Mr. de Blasio said earlier this month.

His social services commissioner, Steven Banks, put the dilemma more tartly at a May 10 City Council budget hearing, telling Mr. Levin, “Bargaining with Albany is not very successful if you say, ‘Albany, please do this, but if you don’t, we’ll do it ourselves.’”

A spokesman for the State Office of Temporary and Disability Assistance, which oversees the state voucher program, suggested that if the state raised its voucher level, landlords would increase rents to take advantage.

“Rent supplements are most effective when provided in a targeted manner, and on an as-needed basis,” the spokesman, Anthony Farmer, said, adding that the state’s approach avoided “the unintended consequence of artificially raising rents.”

State Senator Brian Kavanagh, who represents parts of Manhattan and Brooklyn and is sponsoring a bill to increase the state voucher level, disagreed. “The benefit of making this program work effectively to get people out of shelters and prevent homelessness more than outweighs any legitimate concern about upward pressure on rents,” he said.

The de Blasio administration points out that people can leave the shelter system without the city voucher by moving in with family members or using a limited one-year voucher. City programs have helped more than 140,000 people move from shelter rooms to apartments since 2014, the city says.

But in a city as chronically unaffordable as New York, people who leave shelters without a permanent subsidy are up to 20 times more likely to return within a year, according to city statistics.

The move to increase the vouchers comes at a rare opportune moment for tenants in New York City, as rents have fallen during the pandemic. The StreetEasy survey found that the number of apartments with rents that a Section 8 voucher would cover more than doubled between late 2019 and late 2020.

Many landlords complain that navigating the bureaucracy to get paid by the city is torture, and some refuse to accept the vouchers, which is illegal in most cases. The new bill does not address these issues.

Florence Reid, who lives with her two children in a Win family shelter in East Harlem and has held a city voucher since last September, said that she thought she had finally found a promising apartment a couple of months ago, only to have the landlord illegally ask for a $3,400 upfront payment in return for accepting her voucher.

“He told me, ‘I know it’s hard for you people to get apartments,’ ” she said.

Ms. Reid, 28, said she had grown exasperated with the voucher program.

“It’s supposed to help us,” she said, “but it just makes it harder for us.”