[What you need to know to start your day: Get New York Today in your inbox.]

Andy Kim, a New Jersey Democrat who had been locked in a neck-and-neck race for Congress, has defeated his Republican opponent, a two-term incumbent and staunch ally of President Trump, according to a final vote tally.

After a drawn-out vote count, Mr. Kim, a former national security adviser under President Barack Obama, was declared the winner by a slim margin, beating Representative Tom MacArthur, who wrote a key amendment in the effort to repeal the Affordable Care Act, according to The Associated Press.

The victory by Mr. Kim caps a devastating midterm election for Republicans in New Jersey.

With 11 Democrats now holding House seats, Representative Chris Smith is the lone Republican in Washington from New Jersey; the last time Democrats had such a large advantage Theodore Roosevelt was in the Oval Office.

Mr. Kim’s victory in the Third Congressional district comes after a week spent counting more than 7,000 paper ballots in Ocean and Burlington counties. Though the race was too close to call on Election Day, it became increasingly likely in the days that followed that Mr. Kim would prevail.

Mr. Kim, 36, had declared victory the day after the Nov. 6 election, though Mr. MacArthur had not conceded, releasing a statement calling for all votes to be counted “in a transparent way that protects the integrity of this election.”

Mr. Kim had already taken a swing through diners in his district, which stretches from the Jersey Shore to the suburbs of Philadelphia, to conduct interviews with reporters and to thank voters for their support. 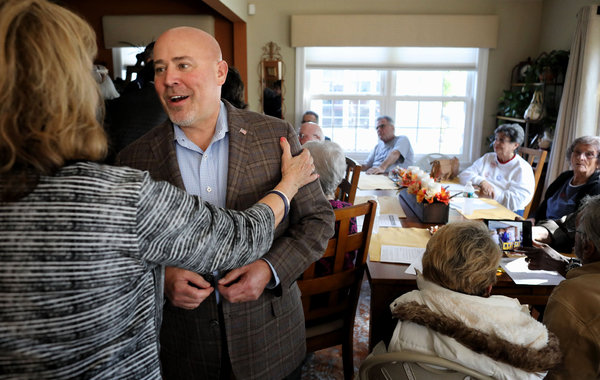 Mr. Kim said that he hoped to be given a spot on the House Armed Services Committee, citing his national security background and noting that his district is home to a large military facility, Joint Base McGuire-Dix-Lakehurst.

He also pledged to work to roll back the limit placed on state and local tax deductions under the new federal tax plan and to work with Gov. Philip D. Murphy, a Democrat, and the rest of the state’s congressional delegation to win funding for the Gateway rail tunnel project under the Hudson River.

Since the early 1990s, only one Democrat — swept in on Mr. Obama’s coattails in 2008 — has represented the district in Congress.

But as voters in New Jersey continued to sour on Mr. Trump, Mr. MacArthur’s votes in Congress on key administration priorities began to rankle his constituents. He was the sole Republican from New Jersey to vote in favor of the tax bill, which was unpopular in tax-weary New Jersey because it capped state and local tax deductions at $10,000.

Yet it was his role in the battle to repeal the Affordable Care Act that seemed to resonate most with voters in a district where health care emerged as the most important campaign issue.

“I kept focused on health care,” Mr. Kim said of his strategy.