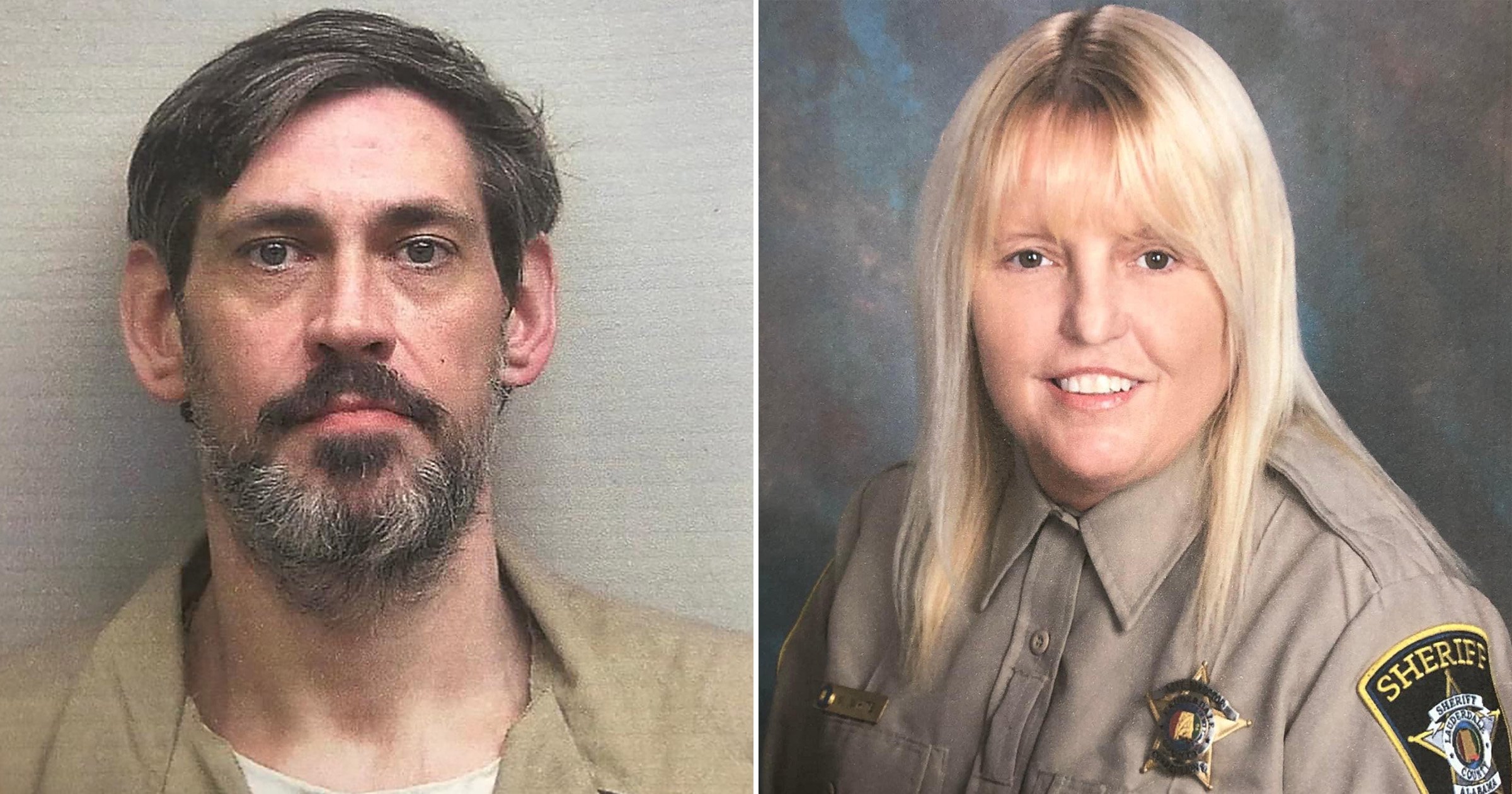 Multiple law enforcement agencies are searching for a murder suspect who escaped an Alabama jail with a corrections officer who brought him to the courthouse for a nonexistent appointment, according to authorities.

Casey Cole White, a prisoner serving a 75-year sentence, and Vicky White, an assistant director of corrections, have been missing since Friday, when Vicky White escorted the inmate to the courthouse for an ‘alleged mental health evaluation,’ Lauderdale County Sheriff Rick Singleton said.

Despite sharing a last name, the two are not related. Officials are investigating Vicky White’s role in the apparent escape, and are offering up to $10,000 for information leading to their whereabouts.

Marty Keely, US marshal for the Northern District of Alabama, said Sunday that Casey White, 38, is ‘believed to be a serious threat’ to Vicky White and others.

Casey Cole White was sentenced to prison in 2019 for a series of violent crimes he committed in 2015, including trying to murder his then-girlfriend and kidnap her roommates, among other charges, according to WAFF.

In 2020, he was convicted in the 2015 stabbing death of Connie Ridgeway after confessing to the murder in prison.

In a statement, Lauderdale Sheriff’s Office said that ‘indications are’ that Vicky White assisted in Casey Cole White’s escape.

It’s unclear whether she did so willingly or if Casey White coerced her into doing so by ‘threatening her and/or her family or other means,’ the sheriff’s office said.

‘Obviously, she could have willingly participated. But we’re also concerned that maybe somehow, someone got to her and coerced her or threatened her, forced her to assist in this escape,’ Lauderdale County Sheriff Rick Singleton told CNN on Monday.

‘We’re not sure. I’m not going to know the answer to that until we locate her.’

Friday morning, Vicky White left the jail with Casey White, telling a booking officer the inmate had a ‘mental health evaluation’ at the nearby courthouse, and that she would drop him off before going to receive medical treatment ‘because she wasn’t feeling well.’

Officials later realized, there was no such appointment on the court’s schedule.

The vehicle Vicky White transported the inmate in was found several hours later in a nearby shopping center. The sheriff’s office said it was not aware the two were missing until mid-afternoon.

Vicky White was known as an ‘exemplary employee,’ the sheriff told CNN.

After about two decades with the department, she submitted her retirement papers last week. She is a widow with no children, and her mother and two brothers live in Lauderdale County.

The sheriff said there’s no clear evidence whether Vicky White and Casey White had a personal or romantic relationship, though it is a possibility.

Vicky White carried a gun, so authorities consider Casey White to be armed.