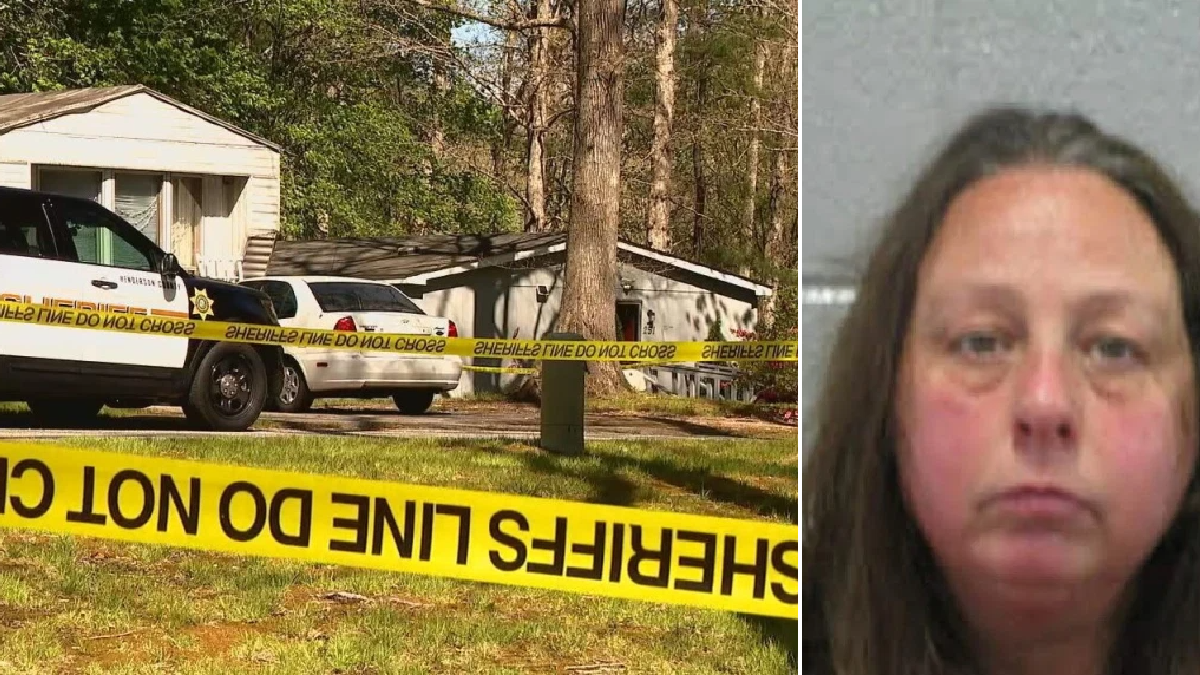 A mother allegedly stabbed her 5-year-old daughter to death and then went 1,000 yards to a neighbor’s home to sleep. A neighbor reportedly found Penny Short Hartle, 50, sleeping in her bed and called another neighbor.

That neighbor, Joe Coch, told WLOS that he went to the home in Hendersonville, North Carolina, on Sunday and tried to wake Hartle up but without success.

‘A few minutes later she came out and got in a truck and sat down in it, and it looked like she was shredding paper’, Coch told the TV station of Hartle. ‘Her hands were kind of shaking and she acted like she didn’t know who she was’.

Henderson County Sheriff’s investigators said that Hartle stabbed her daughter. The girl died from her injuries at the scene on Sunday morning, according to WYFF.

Sheriff’s investigators at the scene could not say whether Hartle appeared to be under the influence of alcohol or drugs.

Hartle, of Hendersonville, was charged with second-degree murder and is being held without bond. On Monday, she waived her first court appearance and will not be due back for at least two more weeks.

Jan Harvey, who lives two houses from Hartle, told WLOS that the situation was ‘pretty unsettling’.

‘We’re casual friends; I would take them stuff for their little girl – popcorn, things like that’, Harvey said. ‘I’ll be praying for the family’.

Elaine Neeb, who lives in the same mobile home park community, told WLOS that she was ‘very sad for the girl’, who, she had seen playing outside many times.