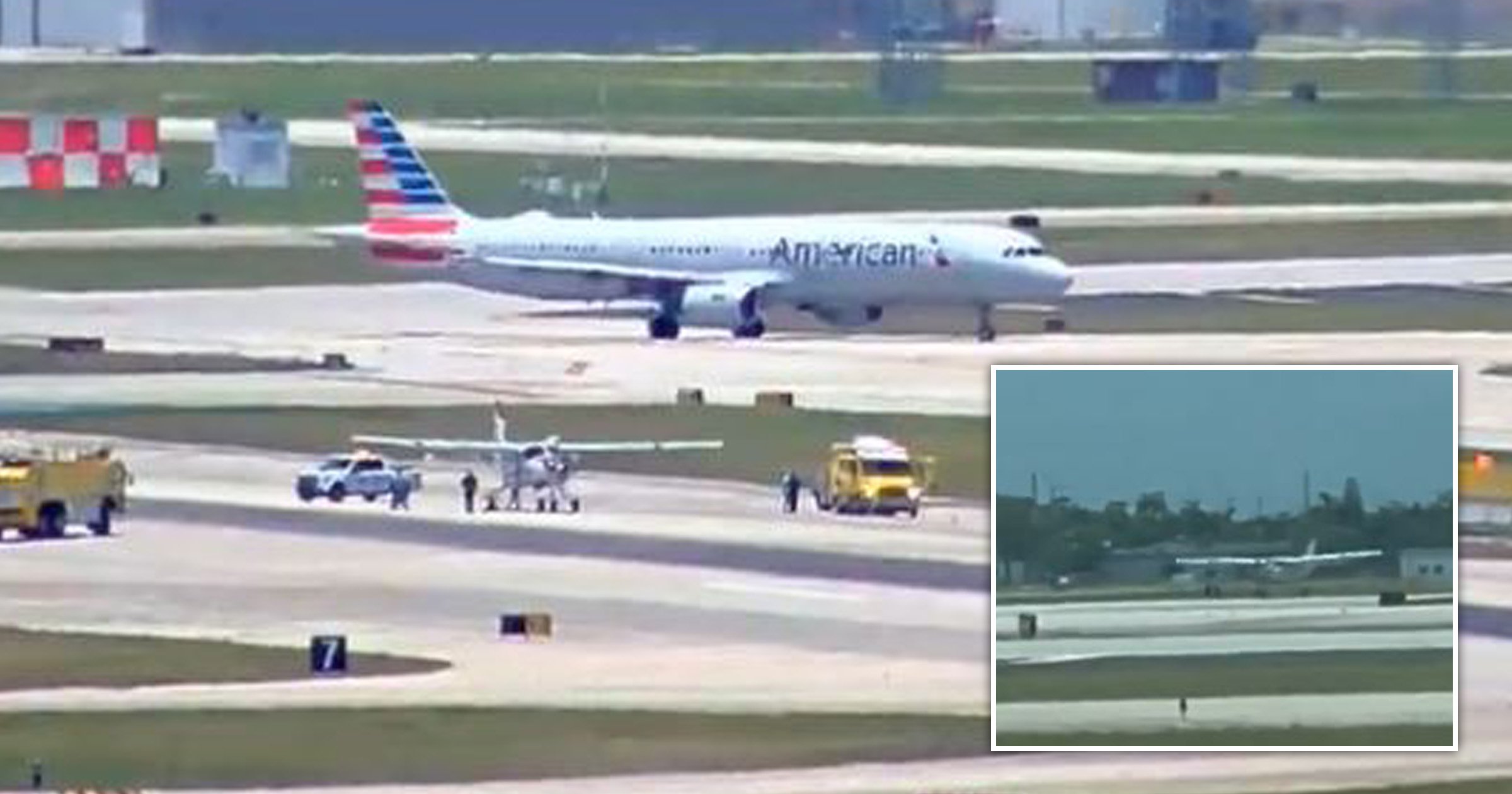 Flying can be scary for many people at the best of times, but imagine if your pilot goes unconscious mid-air?

That’s exactly what happened on a single-engine Cessna 208 in Palm Beach, Florida, forcing a passenger to land the jet.

The passenger – who had no experience whatsoever of flying – managed to radio air traffic control telling them: ‘I’ve got a serious situation here.’

Dramatic audio of the passenger explaining the mid-flight dilemma was obtained by CNN.

‘My pilot has gone incoherent, and I have no idea how to fly the plane,’ the unidentified passenger said over the radio.

The private plane was carrying two people in addition to the pilot while making a trek over southern Florida. Following an apparent medical emergency involving the pilot, air traffic controllers instructed the passenger on how to safely land the aircraft.

‘Have you guys located me yet?’ the passenger asked, according to WPBF. ‘I can’t even get my nav screen to turn on. It has all the information on it. You guys have any ideas on that?’

After locating the small airplane near Boca Raton, about 70 miles north of its final destination, air traffic controllers advised the passenger on how to land.

‘Try to hold the wings level and see if you can start descending for me. Push forward on the controls and descend at a very slow rate,’ the air traffic control can be heard telling the passenger. ‘Try to follow the coast either north or southbound. We’re trying to locate you.’

In additional audio taken from LiveATC.net, a second air traffic controller can be heard telling other planes in the area about the shocking situation, CNN reported.

‘You just witnessed a couple of passengers land that plane,’ the tower operator said to an American Airlines pilot waiting to take off.

‘Did you say the passengers landed the airplane?’ The American Airlines pilot responded. ‘Oh, my God. Great job.’

In a statement, the Federal Aviation Administration (FAA) said there were two people aboard the private, single-engine Cessna 208 when the pilot had a ‘possible medical issue.’ The current condition of the pilot is unknown.

The FAA is investigating the incident.