Talking about the experience two decades ago, the former first lady said she felt like she had “failed because I didn’t know how common miscarriages were because we don’t talk about them”.

The 54-year-old also said she and her husband, former president Barack Obama, “had to do IVF” to have Sasha and Malia, now 17 and 20.

Mrs Obama was speaking in an interview with ABC’s Good Morning America, ahead of the launch of her memoir, Becoming. 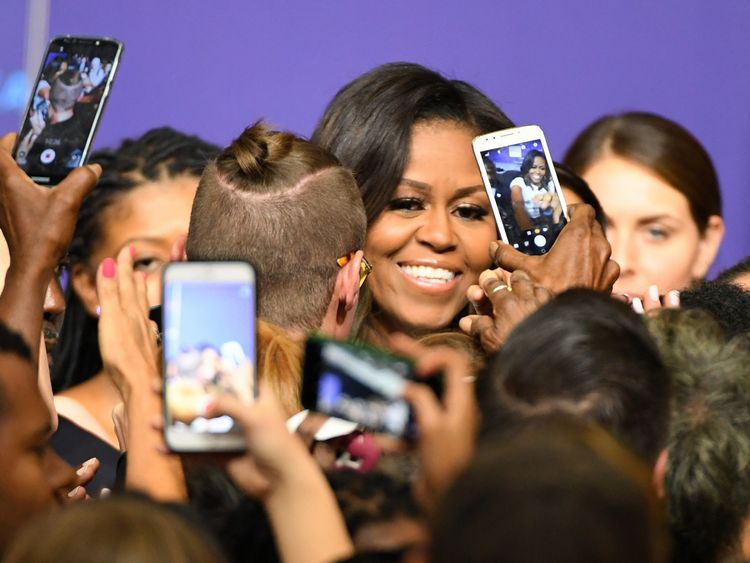 In the book she writes frankly about confronting racism in public life, becoming the country’s first black first lady, and early struggles in her marriage as Mr Obama began his political career.

On her miscarriage, she said: “We sit in our own pain, thinking that somehow we’re broken.”

In her book, Mrs Obama also unleashes an angry broadside against President Donald Trump, writing about her shock on learning he would replace her husband in the Oval Office and how she tried to “block it all out”. 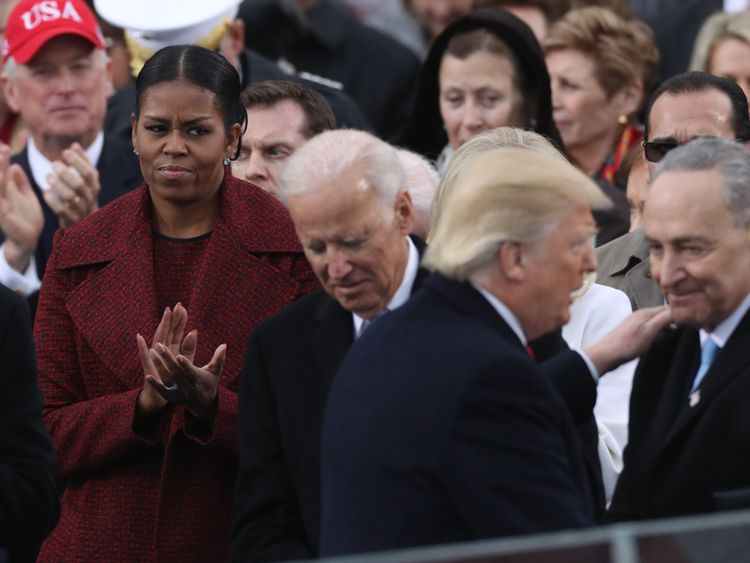 Mrs Obama brands it bigoted and dangerous, “deliberately meant to stir up the wingnuts and kooks”.

Mr Trump suggested Mr Obama was not born in the US, but abroad, and so disqualifying him from the office of president.

Mr Obama, whose father was Kenyan, was born in Hawaii.

She expresses disbelief over how so many women would choose a “misogynist” over the Democratic candidate Hillary Clinton in 2016.

And she recalls how her body “buzzed with fury” after seeing the infamous Access Hollywood tape, in which Mr Trump brags about sexually assaulting women.

Mrs Obama also accuses Mr Trump of using body language to “stalk” Mrs Clinton during one of their election debates.

She writes of Mr Trump following Mrs Clinton around the stage, standing nearby and “trying to diminish her presence.”

Mrs Obama will launch her promotional tour on Tuesday at an event with Oprah Winfrey in Chicago, which is expected to be attended by tens of thousands of people.

Meanwhile, tickets have have already out to see Mrs Obama at London’s Southbank Centre on 3 December.

A spokeswoman for the Southbank Centre said: “The capacity of Southbank Centre’s Royal Festival Hall is just over 2,700 and due to extreme demand for this event, unfortunately there will be people who are disappointed at not being able to purchase a ticket.

“We have worked hard to ensure that tickets are available to as wide an audience as possible by limiting tickets to two per booker and ensuring there is a lower price point.”