Andy Warhol’s 1964 painting of Marilyn Monroe has sold for a record-breaking £157.8 million at auction.

The colourful piece was released in 1964 – two years after the star’s death.

‘Shot Sage Blue Marilyn’ went on to become one of Warhol’s best-known creations, and one of the most iconic images associated with the actress.

The silk-screen portrait had been held in the collection of Swiss art dealers Thomas and Doris Ammann.

It went under the hammer in New York yesterday and sold for a huge £157.8 million to a mystery buyer.

Tense bidding was over and done with in a matter of minutes as the portrait’s potential new owners went up against each other.

Alex Rotter, chairman of 20th and 21st Century art at Christie’s, explained the sale marked a strong return from the pandemic for the auction industry.

He urged people to let the huge pricetag ‘sink in’. 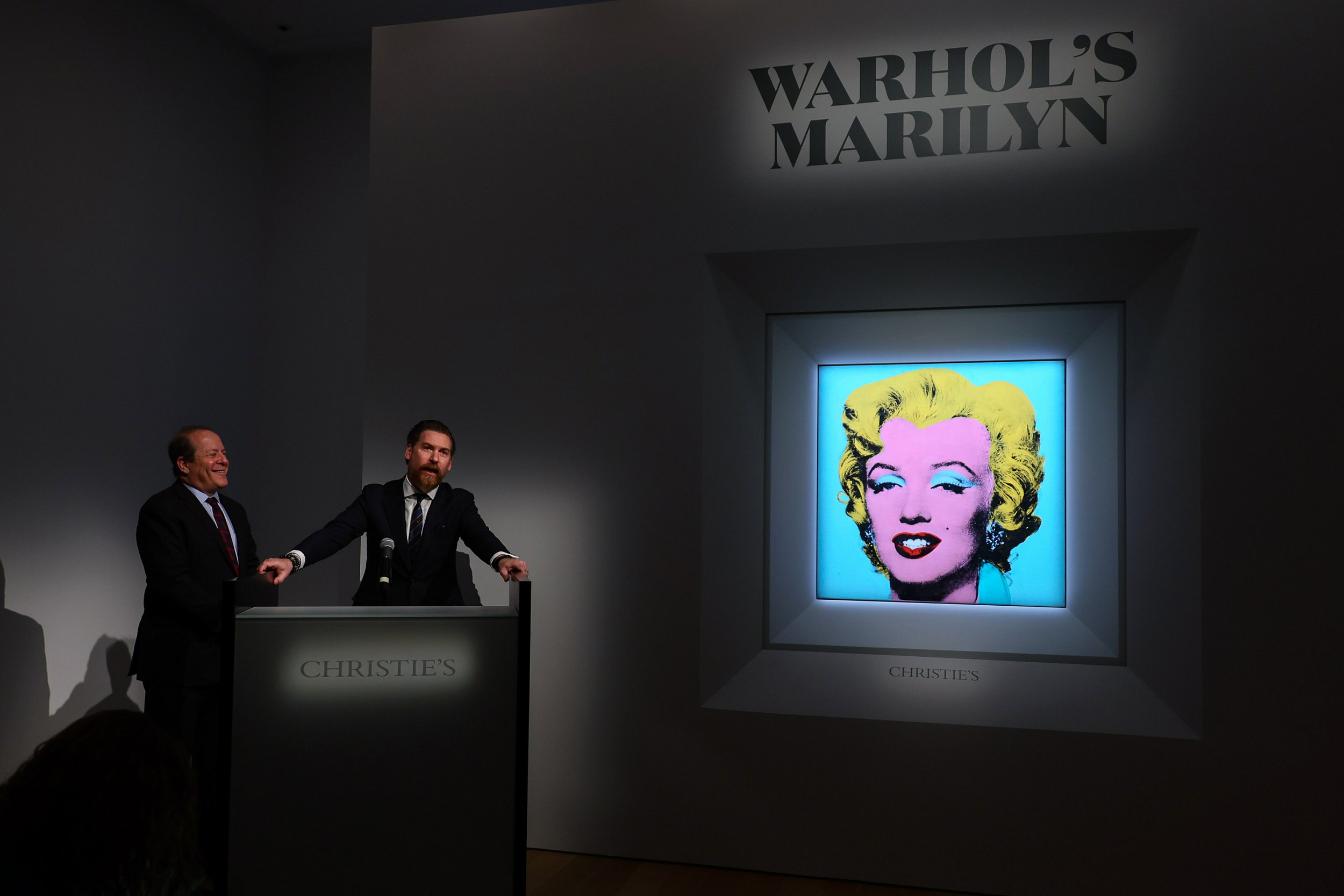 ‘This is a big achievement that is not on me, but just on Warhol and Marilyn…20th-century works of art, American works of art, it’s the highest price ever paid, close to $200 million.

‘Let it sink in. It’s quite something.’

All proceeds of the sale will go to the Switzerland-based Thomas and Doris Ammann Foundation Zurich, which works to establish healthcare and education programmes for children around the world.

The Shot Sage Blue Marilyn is inspired by a promotional photo of Monroe from the 1953 film ‘Niagara,’.

Its title refers to an incident in which a woman shot at a stack of four Marilyn portraits in Warhol’s studio with a pistol, although Shot Sage Blue Marilyn itself was not struck by a bullet.

The sale of the portrait set a new record for the highest amount an American artwork has ever been sold for.