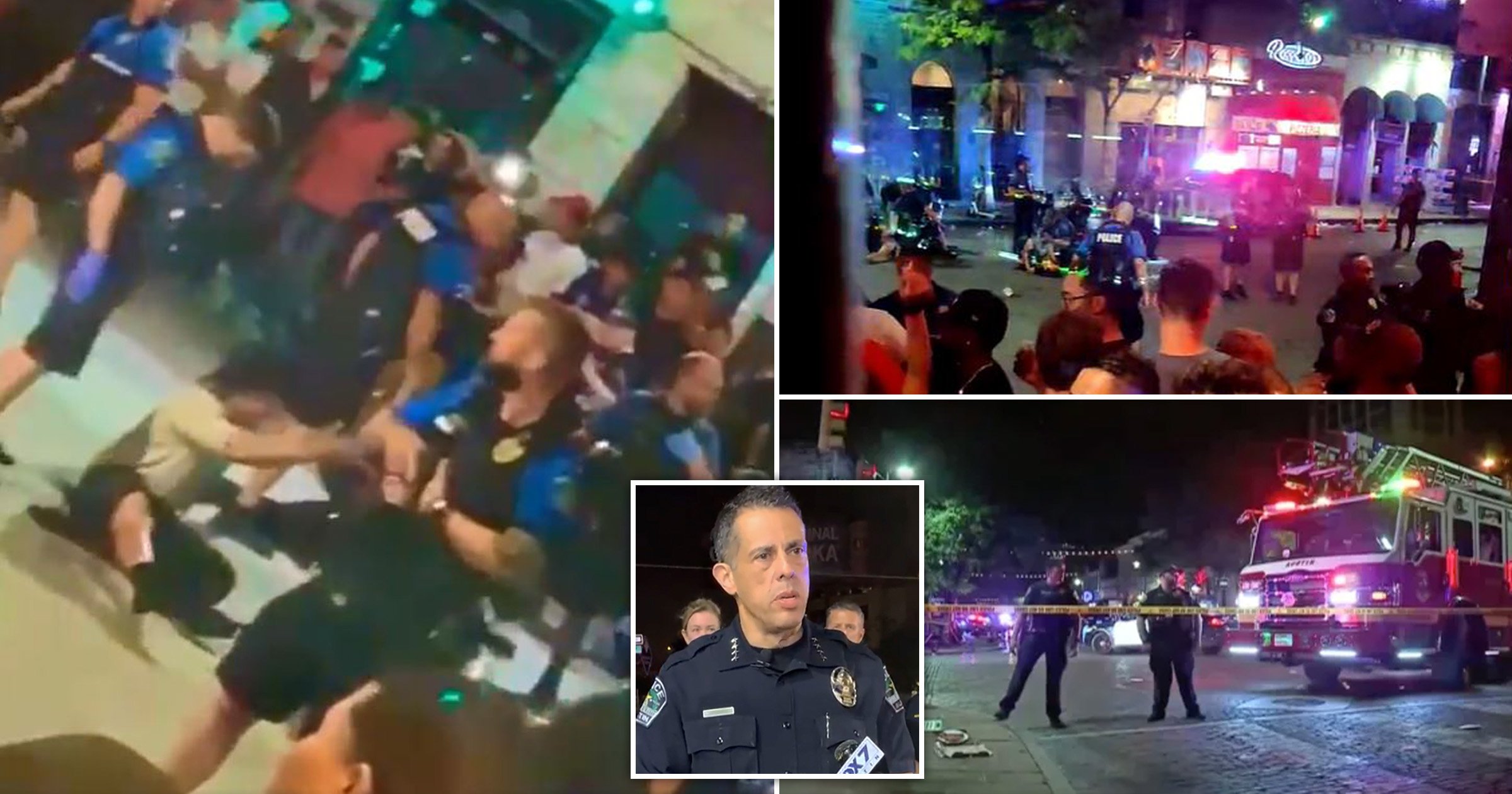 Two people are in a critical condition after a suspect opened fire on a US crowd with a shotgun.

The latest American mass shooting happened in the early hours of Saturday on East Sixth Street in Austin, Texas, a popular entertainment area.

A manhunt has been launched to capture the suspect who remains at large.

Police officers moved in when shots were reported at 1.24am Eastern Time and barricaded the street to keep crowds and vehicles out of the area.

Officers ‘immediately began performing life-saving measures on multiple victims’, six of whom were taken to hospital in police cars.

Interim Austin police chief Joseph Chacon told reporters near the scene: ‘I’m happy to report no one has died.’

The shooting happened on East Sixth Street, a popular area known for its entertainment and nightlife.

The area, which plays host to the South by South West music festival, was likely to have been busy in the early hours of Saturday.

In a statement, the force said they are hunting one suspect who is described as ‘a black male, with dread locks, wearing a black shirt and a skinny build’.

A statement from the force read: ‘The area will be closed for an extended amount of time to process the crime scene. Investigators are collecting and reviewing camera footage and surveillance video.

‘At this time, this appears to be an isolated incident.’

Speaking at the scene in the early hours, chief Chacon told reporters: ‘I can not say that there is no further public danger at this point because the suspect is not in custody.

‘It appears at this point to be isolated to this one area but as we receive more information on that point we’ll put it out.’

He said the area has seen an ‘increase in gun violence’ in the last year and the attack is ’emblematic of that’.

It is Texas’s third mass shooting in a week, with ten people injured across two shootings on June 11 and June 8, according to the Gun Violence Archive.

Chacon said there was no indication it was linked to the Republic of Texas Biker Rally, the US’ largest biker event which is taking place in the city.

The FBI Joint Terrorism Task Force Team is involved in the investigation, according to CNN, but there has been no formal indication from police there is a terrorist motive.