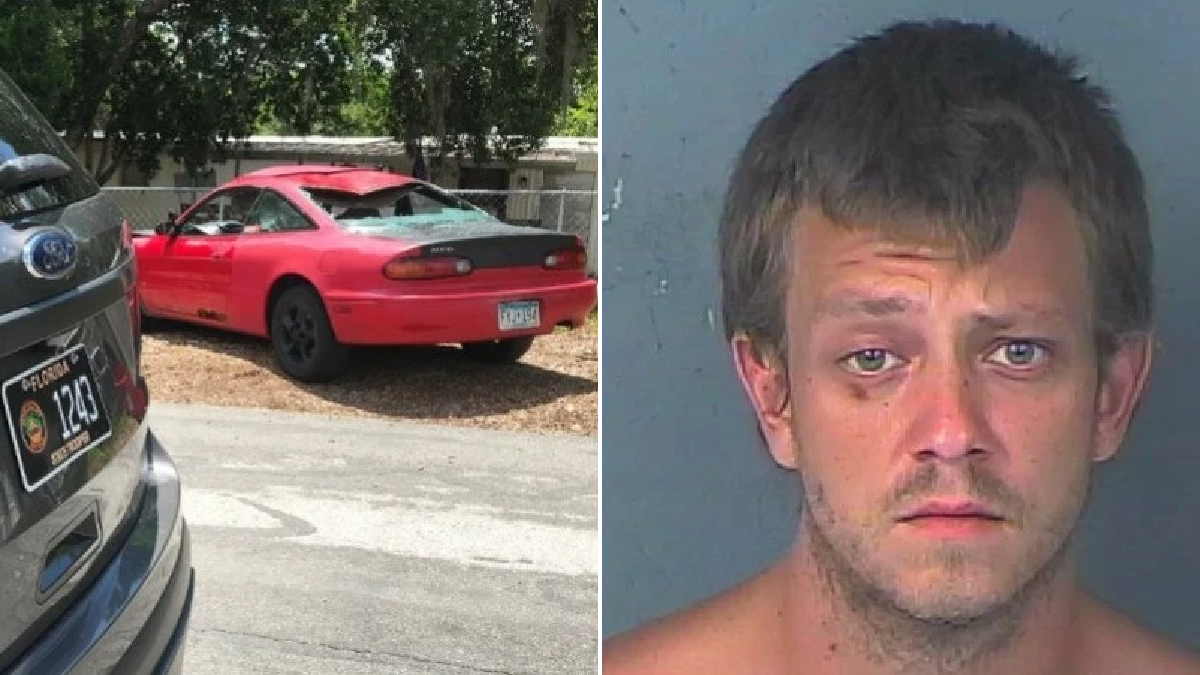 A man accused of dumping his hit-and-run victim’s body was wanted for allegedly beheading his ex-girlfriend’s cats. Joseph Charles Strickland, 28, was arrested and charged for hitting and killing a man on Sunday but court documents revealed he had past gruesome crimes.

Strickland struck a 32-year-old man shortly after midnight on Sunday, according to Florida Highway Patrol troopers. He then loaded the body onto this vehicle and drove it to the back of a bait shop, where he dumped the remains, troopers said. Later, investigators discovered a human leg along Cortez Boulevard in Brooksville, the highway patrol said.

There were multiple warrants out for Strickland in Minnesota. One of them, out of Goodhue County, was an active warrant for two felony counts of animal torture.

Strickland’s ex-girlfriend contacted Cannon Falls police back in March 2020 and said she suspected he was responsible for killing her cat after they ended their relationship, a criminal complaint states. In addition, her other cat was not to be found.

‘The cat’s head was removed, and there was another injury to it’s abdomen,’ the responding police officer wrote in the complaint. The other cat, found in a dumpster, was also beheaded.

Neighbors could hear the cats being tortured and killed inside the ex-girlfriend’s home, the complaint states.

Strickland had another active warrant for him linked to an alleged February 2020 crash. He drove 86 miles-per-hour in a 60-mph zone and lost control, crashing into a road sign, barbed wire fence and car trailer, according to court documents. One of three passengers in Strickland’s car was ejected. He was charged with two felony counts of criminal vehicular operation resulting in substantial bodily harm, one count of criminal vehicular operation resulting in bodily harm and one count of fourth-degree DWI.

A third warrant for Strickland out of Ramsey County is related to multiple misdemeanor driving violations.