A California man pleaded guilty on Tuesday to making dozens of hoax phone calls during which he reported fake crimes, including one high-profile call last year that resulted in another man in Wichita, Kan., being fatally shot by a police officer.

Under a plea agreement, the caller, Tyler Barriss, 25, of Los Angeles, will serve between 20 and 25 years in prison for making the false reports by phone, a practice known as swatting.

Prosecutors say that in addition to initiating the swatting episode in Kansas — where he entered his plea on Tuesday — Mr. Barriss made dozens of other, similar calls to emergency and law enforcement agencies across the country during which he falsely reported bomb threats, active shootings and other criminal activity at high schools, shopping malls and even the Federal Bureau of Investigation.

No one was injured or killed as a result of those calls. It was the Wichita episode — for which Mr. Barriss pleaded guilty to cyberstalking, conspiracy and making a false report resulting in a death — that drew attention to the potentially deadly consequences of swatting. Under the agreement, he also pleaded guilty to dozens of other charges out of California and Washington, D.C., related to swatting.

“Without ever stepping foot in Wichita, the defendant created a chaotic situation that quickly turned from dangerous to deadly,” said Stephen McAllister, the United States attorney for Kansas. “His reasons were trivial and his disregard for the safety of other people was staggering.”

Prosecutors say that on Dec. 28, 2017, two other men, Casey Viner and Shane Gaskill, got in an argument while playing an online video game, and Mr. Viner enlisted Mr. Barriss to swat Mr. Gaskill. Mr. Gaskill, egging them on, provided a false address for his home. 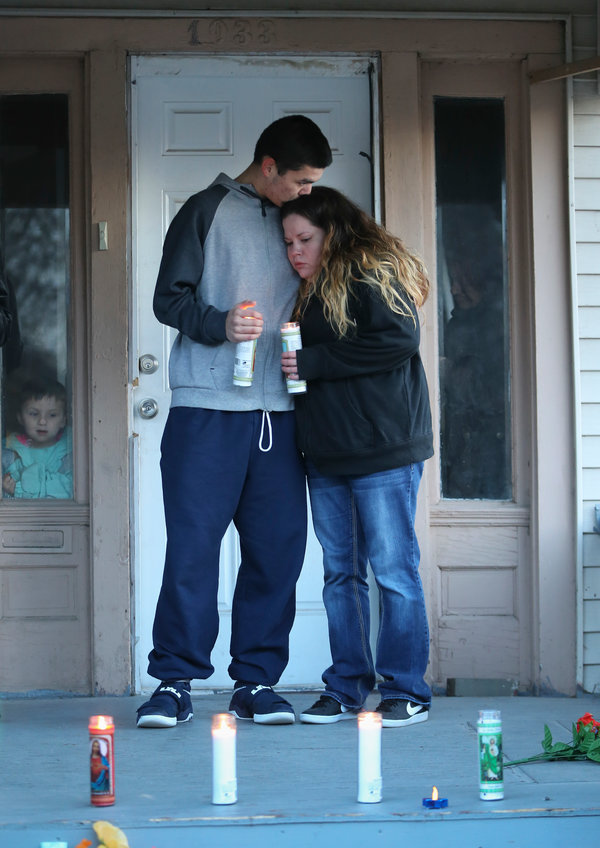 Mr. Barriss called the police in Wichita, telling them that he had killed his father, was holding two family members at gunpoint, had doused his house in gasoline and was contemplating suicide. Police officers arrived at the address they were given, and one fatally shot a fourth man, Andrew Finch, 28, in his doorway after he stepped outside to investigate the commotion and dropped his hands. Mr. Finch, though, had done nothing wrong and did not know about the swatting call.

In April, District Attorney Marc Bennett of Sedgwick County, Kan., said no criminal charges would be filed against the officer who shot Mr. Finch. Mr. Viner and Mr. Gaskill are facing federal charges and are awaiting trial. Mr. Barriss’s sentencing is set for Jan. 30.

In a 64-page indictment out of California, prosecutors painted Mr. Barriss as a serial swatter who frequently called in fake crimes — sometimes daily — beginning in 2015.

Court records show that he called in bomb threats to high schools across the country in 2015. That October, Mr. Barriss was arrested and sentenced to two years in a California jail for a threat directed at a local ABC station in Glendale, Calif.

When he was released in August 2017, he slipped into the same pattern of behavior, the court documents say. Over a three-month period beginning in late September 2017, he made more than 30 swatting calls: He created fictional murder-suicide plots and schemes he tied to the Islamic State; forced evacuations at an Illinois high school and a Dallas convention center; and a day after the Las Vegas shooting that October, he called the Las Vegas Metropolitan Police Department, pretending to be a man who had shot his wife in a hotel there and intended to do more harm.

Among his guilty pleas on Tuesday, Mr. Barriss also admitted that he had called in hoax bomb threats to the headquarters of the Federal Communications Commission — the day the agency voted to repeal net neutrality — and to the F.B.I.