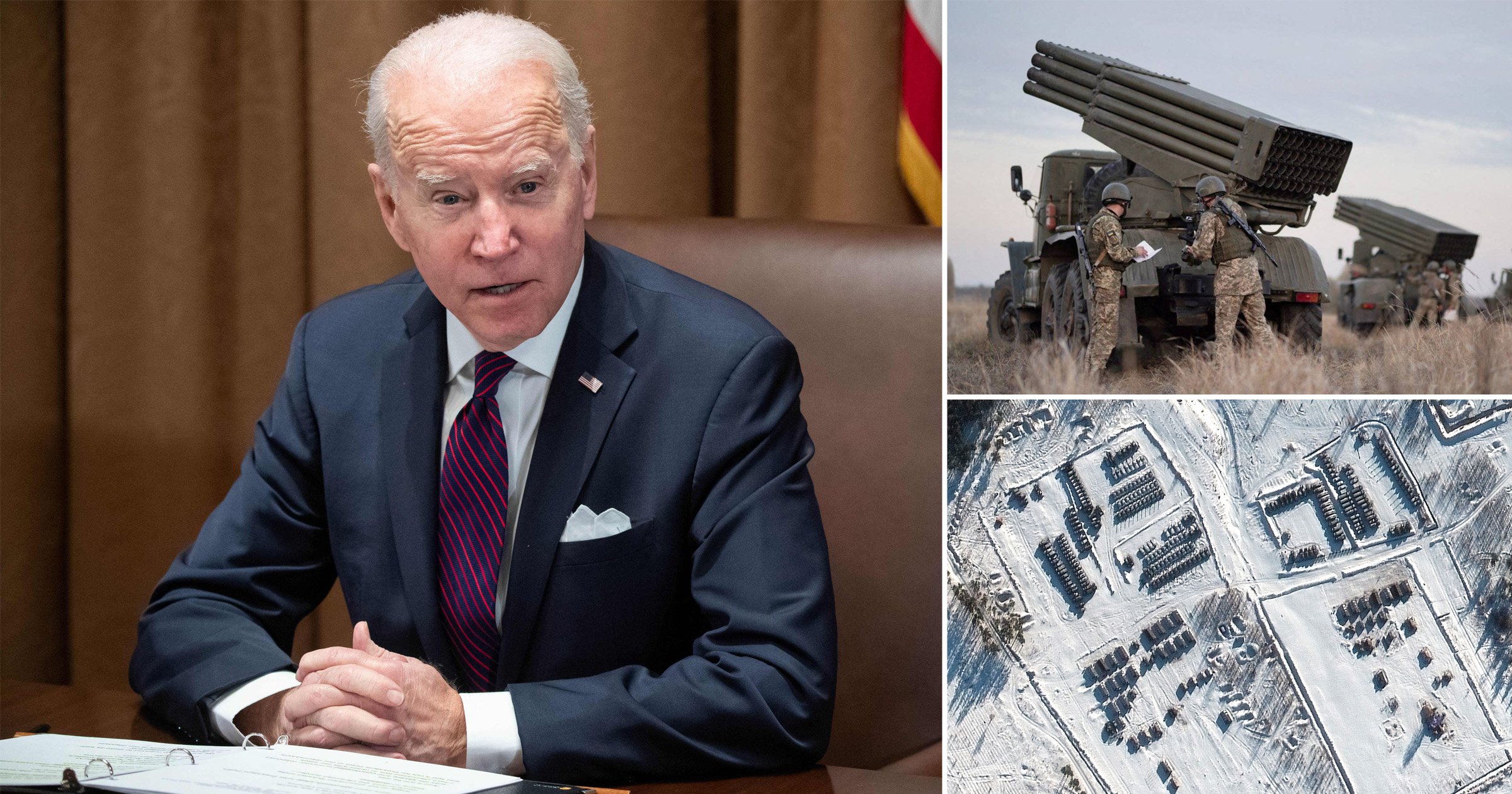 President Joe Biden on Wednesday predicted that Russian President Vladimir Putin will order an invasion of Ukraine after placing 100,000 troops at its border, warning such a ‘disaster’ would be met with serious consequences.

‘Do I think he’ll test the West, test the United States and NATO as significantly as he can? Yes, I think he will,’ Biden said during a two-hour news conference marking his first year of presidency.

The president then added: ‘I think he will pay a serious and dear price for it that he doesn’t think now will cost him what it’s going to cost him. And I think he will regret having done it.’

Russia has gathered tens of thousands of troops on its borders with Ukraine, causing Western states fear that they are planning a new attack on the country. Russia previously invaded Ukraine in 2014, and denies it is planning to do so again. The country has a list of demands it says may require unspecified military action if not met, including a promise from NATO never to admit Ukraine as a member.

While Biden said his ‘guess’ was that Putin would move in, he fell short of naming a firm response the US would take following an invasion, and told reporters it depends what Russia does.

‘It’s one thing if it’s a minor incursion and we end up having to fight about what to do and what to not do, etc,’ Biden said.

His comments were later backtracked by White House Press Secretary, who clarified a smaller-scale invasion would not be met with a weaker US response.

‘If any Russian military forces move across the Ukrainian border, that’s a renewed invasion, and it will be met with a swift, severe, and united response from the United States and our allies,’ Psaki said.

Seemingly in response to Biden’s remarks, Ukrainian President Volodymyr Zelenskiy tweeted a reminder to the great powers, saying ‘there are no minor incursions and small nations.’

The president later clarified his position on Thursday, calling on Putin directly, saying there should be no misunderstanding between the two nations that any incursion would be met with a severe and coordinated economic response.

If Russia chooses to invade Ukraine, Biden added, they ‘will pay a heavy price.’

Biden’s comments follow a meeting between US Secretary of State Antony Blinken and ministers from Britain, France and Germany on Thursday, during which officials agreed the four nations would be allied in their response to Russia, regardless of what actions are made.

Other allies have made similar remarks following Biden’s comments, including the European Commission President who heads the EU executive Ursula von der Leyen, who warned that a new attack would be met with massive economic consequences and financial sanctions.

NATO has said that it would move troops to its eastern flank in the event of an attack, while the US has been weighing various sanctions with its European allies.

Moscow, in response, has said US threats of sanctions are not calming the situation.