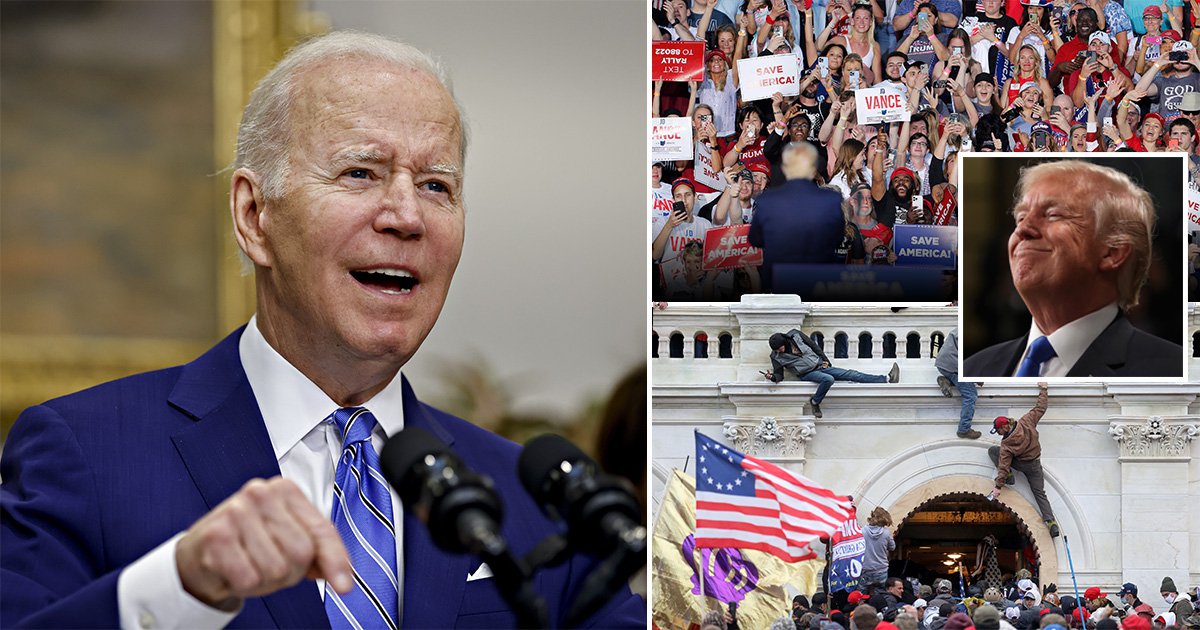 President Joe Biden slammed his predecessor Donald Trump’s supporters as ‘the most extreme political organization’ in recent US history while commenting on the leaked draft showing the Supreme Court’s intention to overturn Roe v Wade.

Biden on Wednesday morning warned that conservatives could try to ban LGBTQ children from classrooms if the Supreme Court does strike down the landmark 1973 decision establishing a constitutional right to abortion in the US.

‘What happens if you have state changes the law saying that the children who are LGBTQ can’t be in classrooms with other children? Is that is that legit under the way this decision is written?’ said Biden, before referring to Trump’s Make America Great Again fans.

Biden attacked Trump’s following when a reporter posed a Roe v Wade questions after the president’s remarks on economic growth, jobs and his administration’s efforts on reducing the deficit.

‘I believe I have the rights that I have not because the government gave them to me… but because I’m just a child of God. I exist,’ Biden explained.