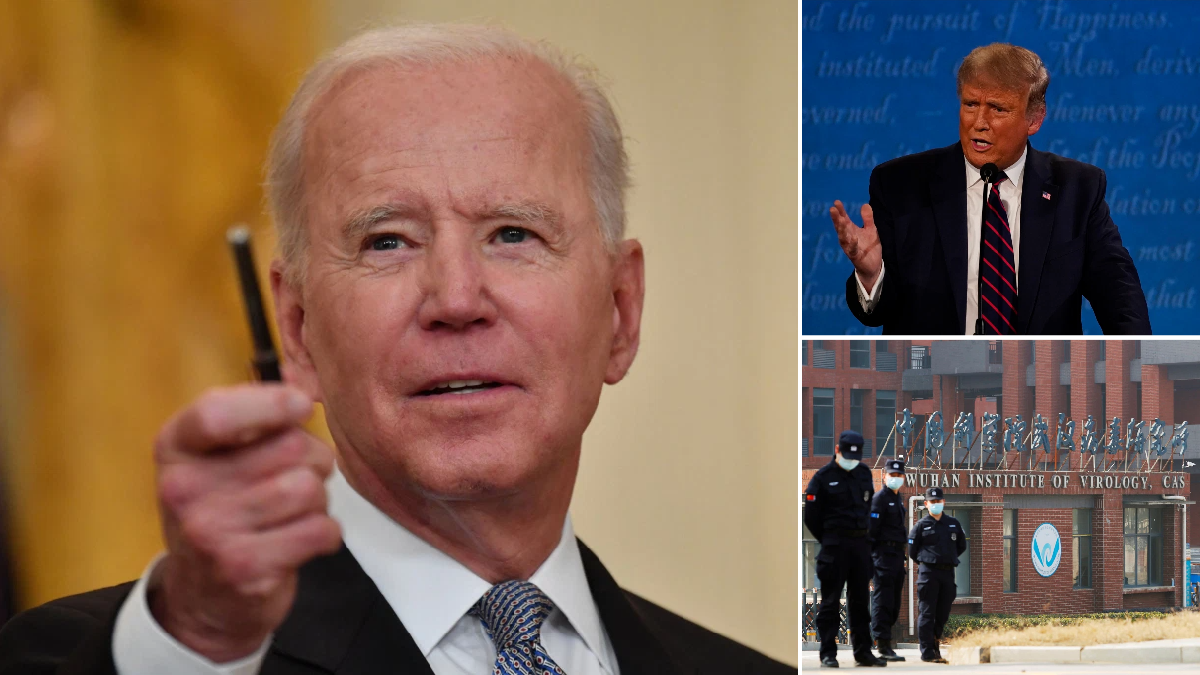 President Joe Biden has ordered a report from the US intelligence community on the origins of the coronavirus – after reportedly shutting down a Trump administration effort to prove it leaked from a Chinese lab.

Biden’s order comes as US health officials and experts increasingly consider it possible that Covid-19 came from a Wuhan lab, rather than from animals.

In a statement on Tuesday, Biden said he has asked the intelligence community ‘to redouble their efforts to collect and analyze information that could bring us closer to a definitive conclusion’. The president has requested a report back in 90 days.

‘As part of that report, I have asked for areas of further inquiry that may be required, including specific questions for China,’ Biden stated. ‘I have also asked that this effort include work by our National Labs and other agencies of our government to augment the Intelligence Community’s efforts.’

Biden’s move comes a day after CNN reported that his team shuttered a State Department inquiry launched late in the Trump administration that was aimed at proving Covid-19 originated from a Wuhan lab.

The Biden administration terminated the Trump-era inquiry this spring, three sources with knowledge on the matter told CNN. The inquiry was reportedly launched last fall by then-Secretary of State Mike Pompeo’s allies. They sought to investigate the initially widely dismissed theory that China’s biological weapons program was linked to the virus emerging, two additional sources said.

Biden officials were briefed on the inquiry in February and March and the administration closed the effort over questions on the legitimacy of the findings and whether it was a good use of resources, a source told CNN.

‘Even though this discrete project has concluded, the State Department continues to work with the interagency to look into the Covid origins issue,’ a spokesperson with the department told the news outlet.

A US intelligence report that came to light on Sunday revealed that three researchers at the Wuhan Institute of Virology in China fell so ill in November 2019 that they sought hospital care. Since then, White House Press Secretary Jen Psaki has repeatedly conveyed that the administration has and continues to call for a World Health Organization-led independent investigation into the coronavirus origins.

‘Now everybody is agreeing that I was right when I very early on called Wuhan as the source of Covid-19, sometimes referred to as the China Virus,’ Trump stated. ‘To me it was obvious from the beginning but I was badly criticized, as usual.’

Trump concluded: ‘Now they are all saying “He was right.” Thank you!’