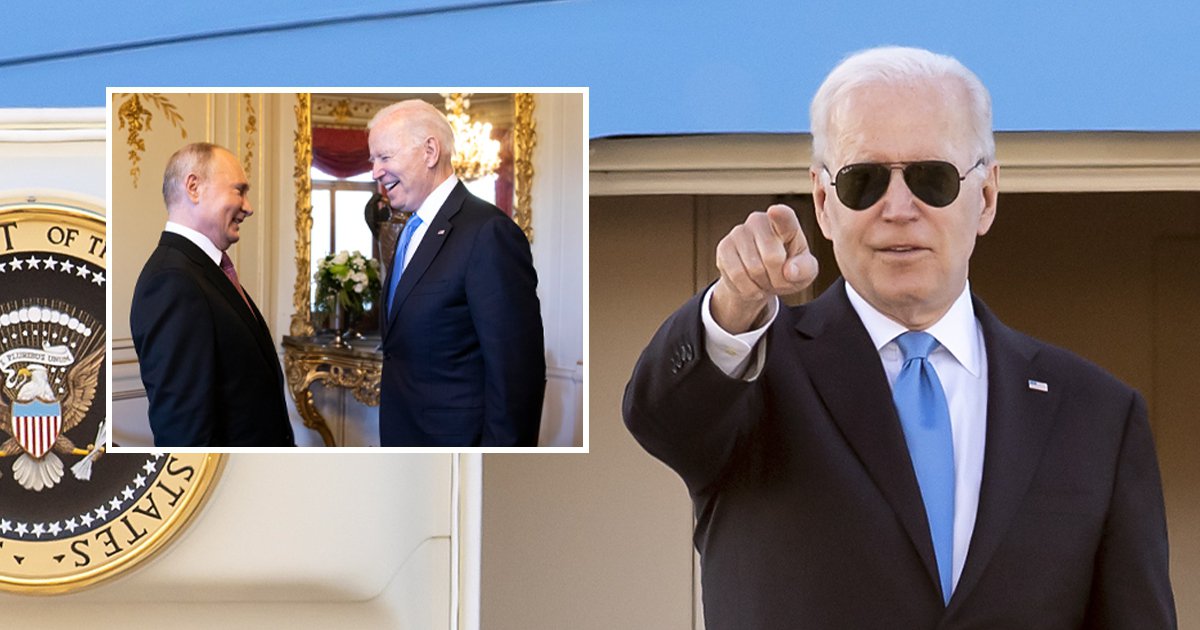 US President Joe Biden and Russian President Vladimir Putin did not leave their summit as friends, but Biden left his counterpart with gifts reflective of his character and that of America.

Biden on Wednesday gave Putin a custom pair of aviator sunglasses made by Randolph USA, according to a White House official. Biden himself loves gold-rimmed Ray-Bans aviator sunglasses and wore aviators throughout his Europe trip.

The aviators Biden gave to Putin were designed in 1978 for fighter pilots. Randolph and the US military collaborated on the design and they were manufactured in Massachusetts.

Biden also gifted Putin a crystal sculpture of an American bison made by Steuben Glass of New York. It stands as ‘a stately interpretation of one of our nation’s most majestic mammals and representative of strength, unity, resilience,’ the White House official said.

The official added that ‘in Russia, over the past 20 years, European bison were reintroduced by rewilding numerous sites after their extinction in 1927’.

Biden was vice president when the National Bison Legacy Act was signed into law and the American bison was made the US’s national mammal. The bison sculpture had a cherry wood base with a custom-engraved plaque paying homage to George Washington, America’s first president.

Gift-giving between heads of state is a tradition dating back centuries and it is a gesture of friendship, diplomacy and cooperation, according to the National Archives.

Biden described the one-day summit with Putin in Geneva as ‘good, positive’ and said the conversation had no tone of hostility as US-Russia relations have reached a low point. Putin, meanwhile, called the meeting ‘constructive’.

The presidents discussed various topics from recent cyberattacks on the US to Russian aggression in Ukraine in the more than three-hour meeting.

Following the summit, Biden and Putin released a joint statement on their common objective to work toward developing a more stable and predictable relationship with a reduced threat of nuclear warfare.

‘Today, we reaffirm the principle that a nuclear war cannot be won and must never be fought,’ the presidents stated.