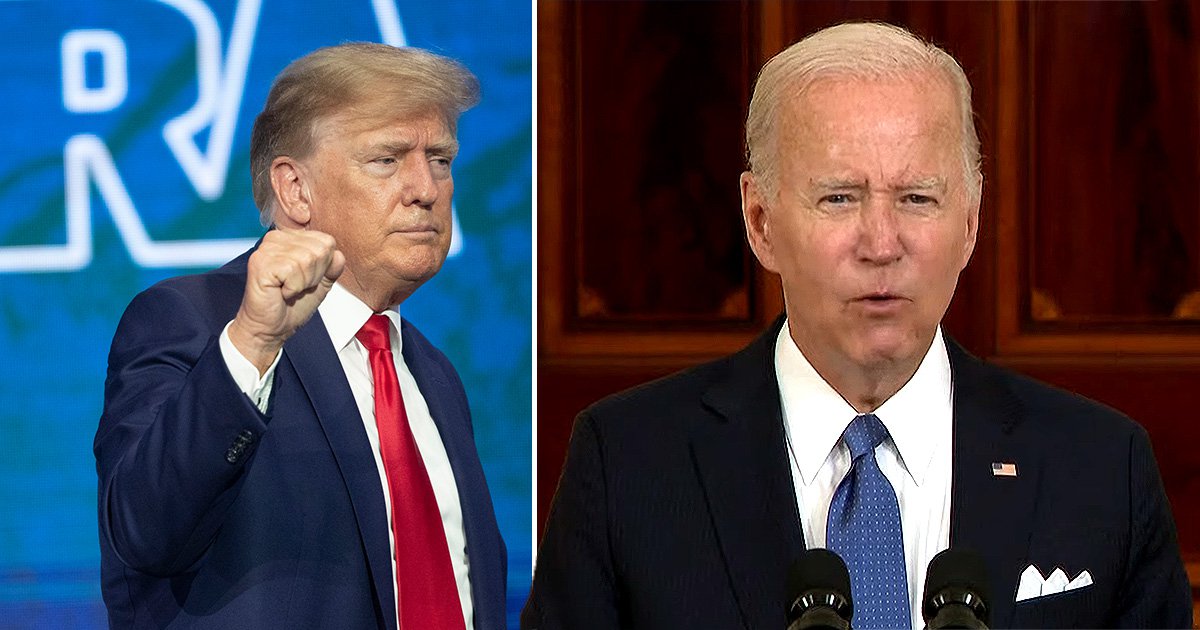 President Joe Biden called the Supreme Court’s decision overturning Roe v Wade ‘a tragic error’ and blamed it on his predecessor Donald Trump, who meanwhile said it ‘will work out for everybody’ and credited ‘God’.

Friday’s ruling ending the nationwide right to abortion is ‘a tragic error by the Supreme Court in my view’, said Biden, speaking from the White House on Friday afternoon.

‘The court has done what it has never done before, expressly take away a constitutional right… that had already been recognized.’

Biden continued by calling the 45th president out by name.

‘It was three justices named by one president, Donald Trump, who were the core of today’s decision to upend the scales of justice and eliminate a fundamental right for women in this country,’ Biden said.

‘Make no mistake, this decision is a culmination of a deliberate effort over decades to upset the balance of our law.’

Biden was referring to justices Neil Gorsuch, Brett Kavanaugh and Amy Coney Barrett, whom Trump appointed in 2017, 2018 and 2020, respectively. The nine-justice court was ideologically deadlocked with four liberals and four conservatives when Trump entered the White House, but he left it with a 6-3 conservative majority.

The decision allowing states to decide if they will ban abortions is ‘so extreme’ that women can be ‘forced to bear their rapists’ child’, Biden said.

‘The court literally taking America back 150 years,’ said Biden, mentioning some statues from the 1800s noted in the 6-3 ruling in favor of Mississippi in Dobbs v Jackson Women’s Health Organization.

‘This is following the Constitution, and giving rights back when they should have been given long ago,’ Trump told Fox News.

Asked what he had to say to any of his supporters who could be pro-choice, Trump said, ‘I think, in the end, this is something that will work out for everybody’.

‘This brings everything back to the states where it has always belonged,’ Trump said.

Regarding whether he thinks he played a role in reversing Roe v Wade, by appointing three conservative justices, Trump simply said: ‘God made the decision’.