Like other in-person workers, Santa took a hit the first two years of the pandemic. But he’s back in a big way. 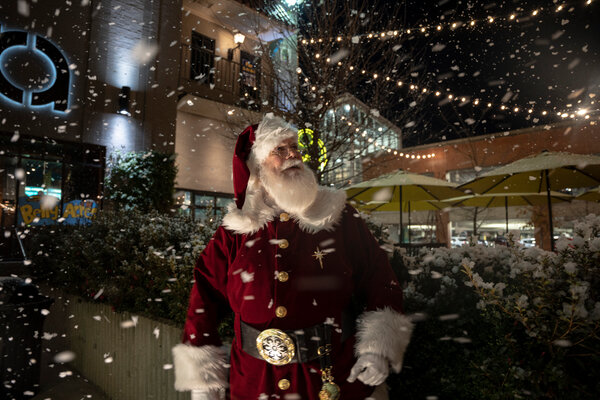 By Emily Badger and Eve Washington

Emily Badger is hoping Santa brings her a bigger house. Eve Washington would like something even harder to get: Taylor Swift tickets.

There’s a narrow window when the typical American child still believes in Santa. It’s around 3, 4, 5 years old. Six is pushing it. Which is to say that, for many families, the pandemic nearly ruined the limited opportunity to get that photo with the child sitting on Santa’s lap in complete awe.

Christmas 2020 was a washout. Christmas 2021 was muted by the Omicron wave. But this Christmas, seemingly everyone wants a piece of Santa: the vaccine-boosted who’ve shaken off pandemic precaution, the companies and stores hungry to lure workers and shoppers back in, the families whose 5-year-olds will soon start shrugging at all of this.

Those parents especially, “they want to get Santa,” said Stephen Arnold, a Memphis Santa and the president of the International Brotherhood of Real Bearded Santas. And they’re willing to go to great lengths to get Santa. “That desperation,” he said, “leads to what we’re perceiving as increased demand.”

Santa bookings are way up across the big platforms that help companies hire them and families find them. Santa’s wages are up. And not just up, but as best as we can tell they’re up more than the pay bumps most workers have seen, and, yes, more than inflation.

The government doesn’t track Santa’s wages. But the event-booking site GigSalad does for thousands of Santa bookings each year. Here, our best estimate of how Santa’s wage growth compares with jobs the government actually does track.