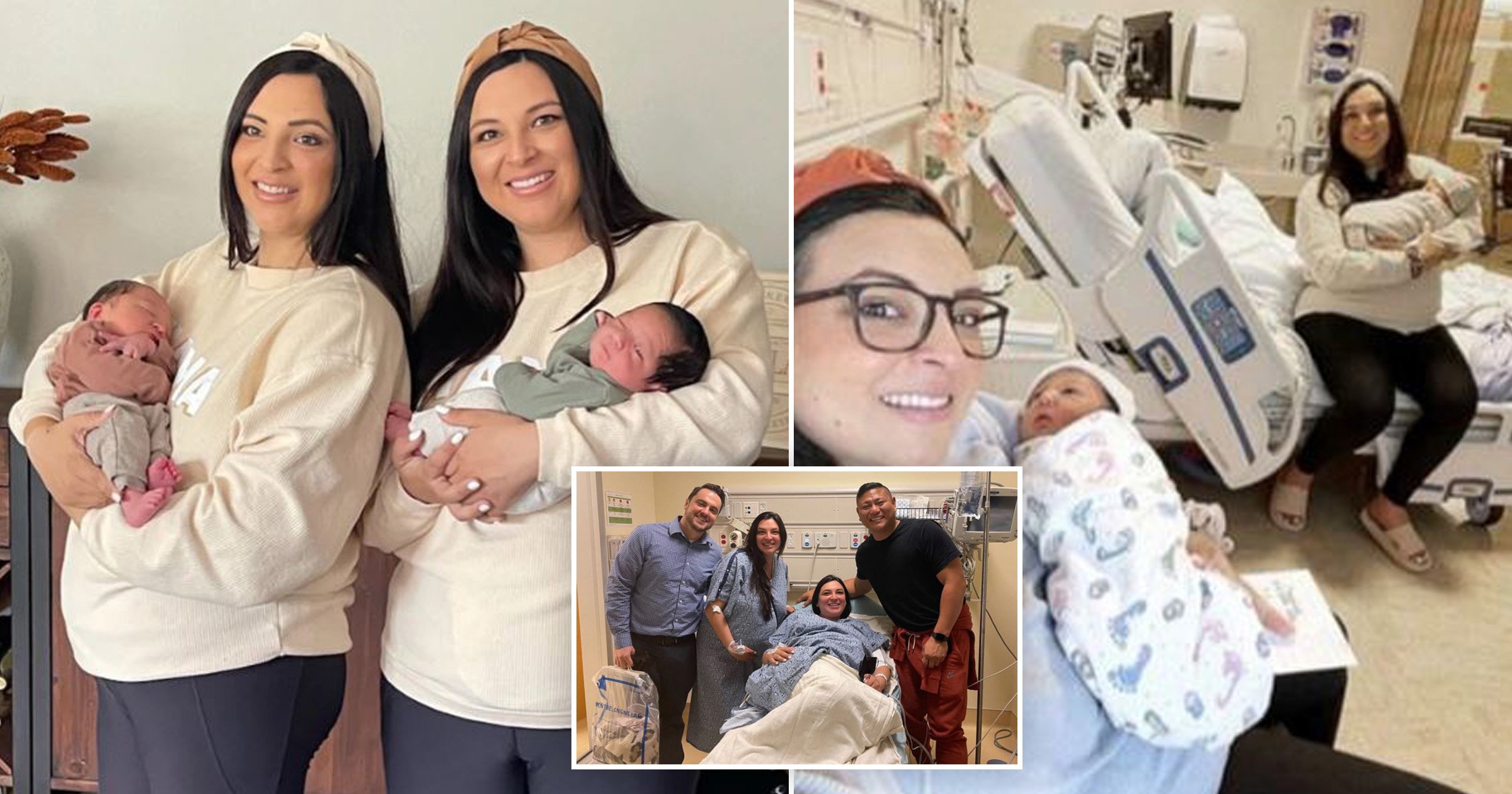 Identical twin sisters gave birth to newborn sons on the same day, down the hall from each other in the same hospital.

Sisters Jill Justiniani and Erin Cheplak, of Yorba Linda, California, gave birth to their sons on the same day, at the same hospital, hours apart.

Their sons, born May 5, were born with the same exact measurements as well. Oliver and Silas were born weighing seven pounds, three ounces, and measuring 20 inches in length. Justiniani gave birth to Oliver at 6.39pm and Cheplak had Silas at 11.31pm.

‘The twinning continues,’ Cheplak said during an interview with Good Morning America.

Cheplak’s told GMA that she married her husband Zach, who is also a twin, during a small ceremony during the pandemic, and later held a larger celebration in August 2021.

Right before the wedding, her twin sister shared the news that she was pregnant.

While on her honeymoon a week later, Cheplak discovered she too was expecting her first child.

‘I took the pregnancy test and saw the two lines and it was very faint,’ Cheplak told GMA, adding that she FaceTimed her sister while she was on her honeymoon to confirm her suspicions.

During their pregnancies the sisters, who have always been close but lived 45 minutes away from each other, leaned on each other, while their husbands joked that their sons would be born on the same day. Justiniani was scheduled for a C-section on May 5 and Cheplak was scheduled to be induced May 15, but went into labor 10 days early.

The twins and their husbands checked up on each other throughout the night, as their rooms were directly across the hall from each other, according to GMA.

‘We’ve just been so close and so inseparable, it made complete sense in a very odd way.’

The sisters were wheeled out of the hospital at the same time, and have since moved to live five minutes away from the other.