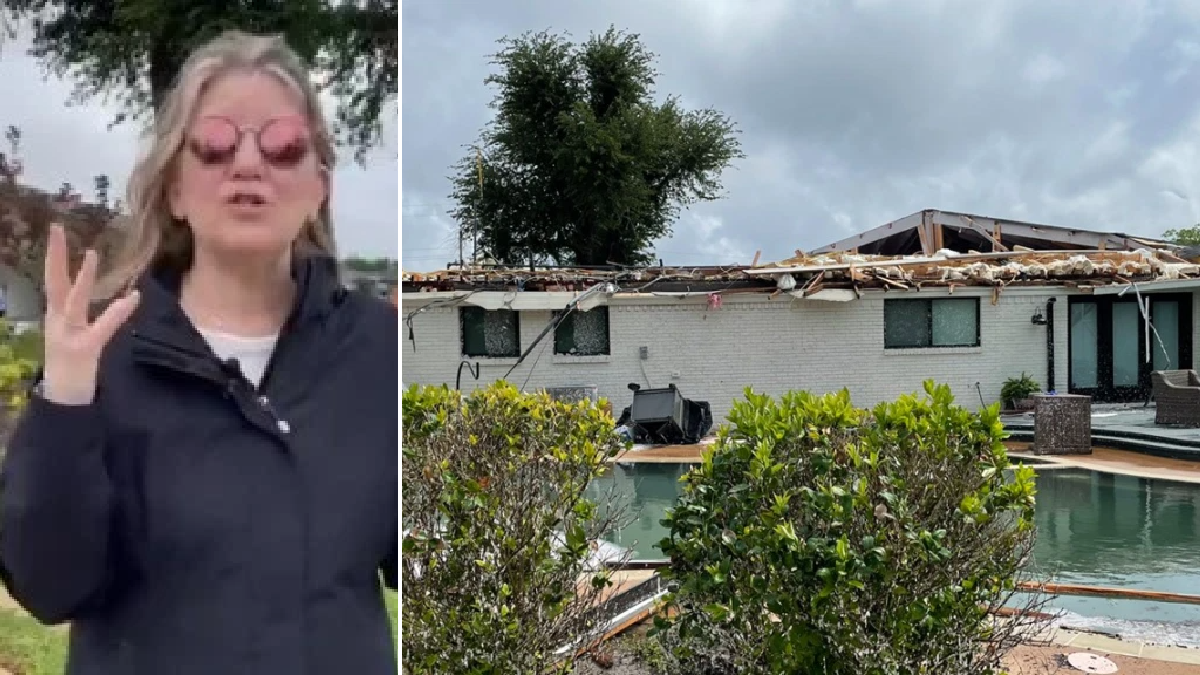 A homeowner in North Dallas, Texas, says that her residence appeared to be hit by a tornado a second time after taking a pounding by a twister in 2019. Cherie Hart said she and her husband took cover on Sunday around 2pm as storm alerts flashed on their cell phones and strong winds swept the neighborhood.

An exterior ring camera captured the commotion outside and showed the winds tearing off some carport roofing and easily flipping it. Hart and her husband were unharmed, but their home that was rendered unlivable after an October 2019 tornado was once again battered.

‘All I have is deja vu,’ Hart told WFAA. ‘I’ve seen this before. Lightning doesn’t strike twice, but apparently, a tornado does.’

The majority of the new damage was on the roof, parts of which were scattered across her backyard. Much of Hart’s belongings were water damaged.

‘We walked out, and we were like, we got hit again,’ Hart said.

The National Weather Service is investigating the damage at Northaven Road near North Haven Gardens that may have resulted from a weak tornado.

The Harts had actually just sold the home to a couple from Austin, and will have to break the news to them.

‘I don’t know how to tell the people who bought the house what happened,’ Hart said. ‘I’m really upset for them because I’ve already lived through it, and I know they’re really excited about buying this house.’