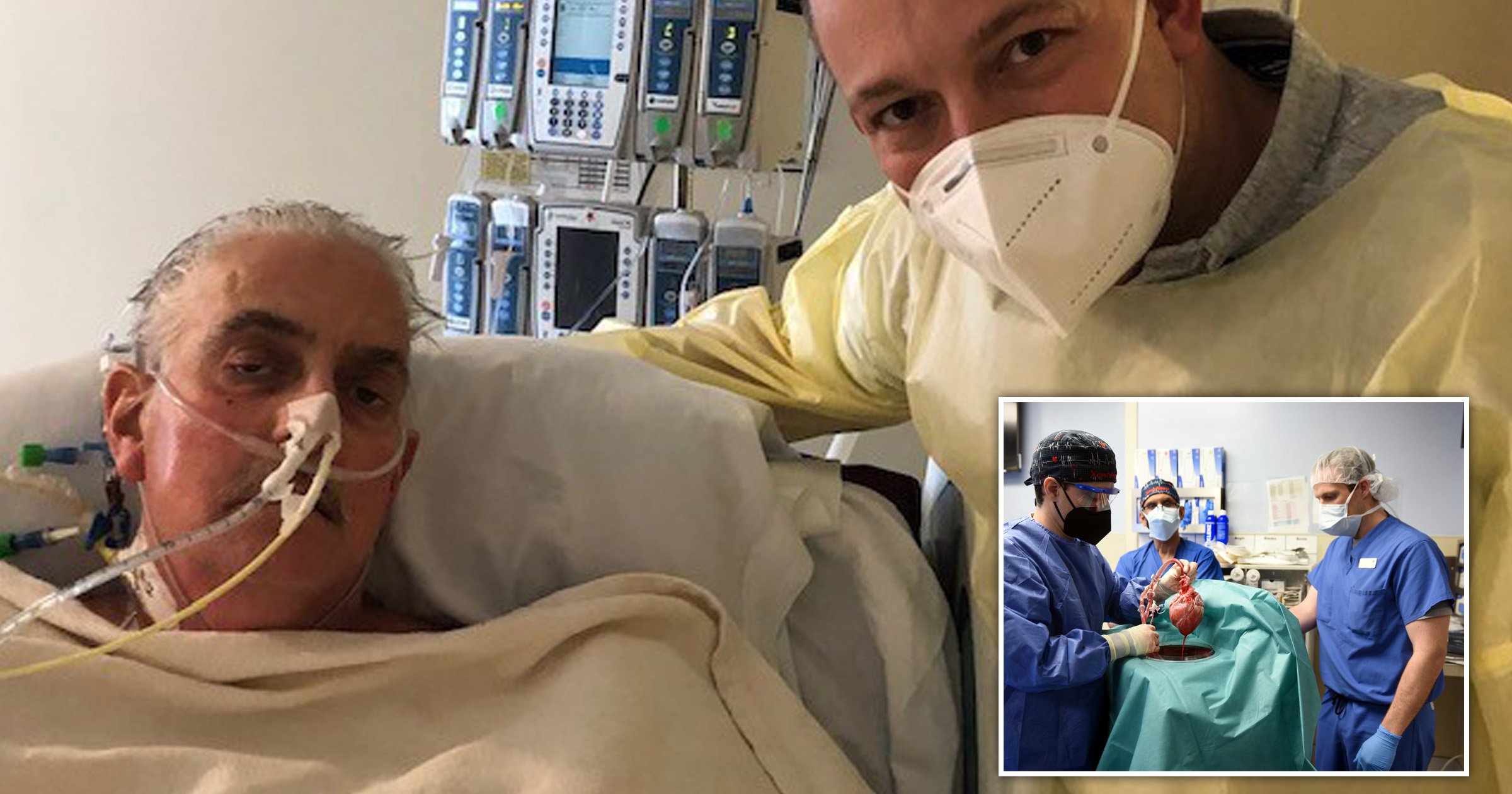 The Maryland man suffering from terminal heart disease who received a pig’s heart in a historic medical operation has a criminal record dating back to 1988, when he stabbed a man seven times, and left him paralyzed from the waist down.

David Bennett, 57, was convicted of the 1988 bar stabbing of Edward Shumaker, The Washington Post reported.

Shumaker’s sister, Leslie Shumaker Downey, said she froze upon realizing it was the same man who caused her family so much distress that was now being portrayed as a medical pioneer.

‘Ed suffered,’ Downey told the Post. ‘The devastation and the trauma, for years and years, that my family had to deal with.’

Bennett, then 23, had attacked Shumaker while he was playing pool at a bar after his then-wife Norma Jean Bennett sat on Shumaker’s lap, according to The Daily Mail, a Hagerstown newspaper.

Bennett struck Schumaker from behind and stabbed him seven times in the abdomen, chest and back. He was later charged with intent to murder and openly carrying a concealed weapon, among other charges.

A jury found him guilty of battery and carrying a concealed weapon but acquitted him of of intent to murder. He was sentenced to 10 years behind bars.

The stabbing left Edward paralyzed, and forced to use a wheelchair for 19 years, before he had a stroke in 2005 and died two years later — a week before he would have turned 41.

‘[Bennett] went on and lived a good life. Now he gets a second chance with a new heart — but I wish, in my opinion, it had gone to a deserving recipient,’ she told the paper.

The first-of-its-kind procedure saved Bennett’s life and has provided a glimmer of hope to others on the organ transplant list, doctors at the University of Maryland Medical Center, where the operation took place, said.

More than 106,000 Americans are on the national waiting list for an organ transplant, and 17 people die daily as a consequence of never receiving an organ they need.

While the family of Shumaker may disagree with the transplant, feeling that Bennett was undeserving due to the pain he brought to them, medical professionals share a differing opinion.

There are no laws or regulations on the federal level prohibiting someone with a criminal history from receiving a transplant or an experimental procedure like the one Bennett had. On the local level, hospitals have more discretion deciding which individuals qualify to be added to the national waiting list.

Hospitals also get to consider a person’s history of substance abuse, or a prisoners risk of developing an infection while incarcerated.

Medical ethicists argue that the criminal justice system already imposes apt punishments on those convicted of violent crimes, and that withholding necessary medical services should not be added punishment.

University of Maryland Medical Center officials declined to comment to the paper about whether they knew about Bennett’s criminal past.

In a statement, the hospital said they provide ‘lifesaving care to every patient who comes through their doors based on their medical needs, not their background or life circumstances.’

‘This patient came to us in dire need,’ they said.