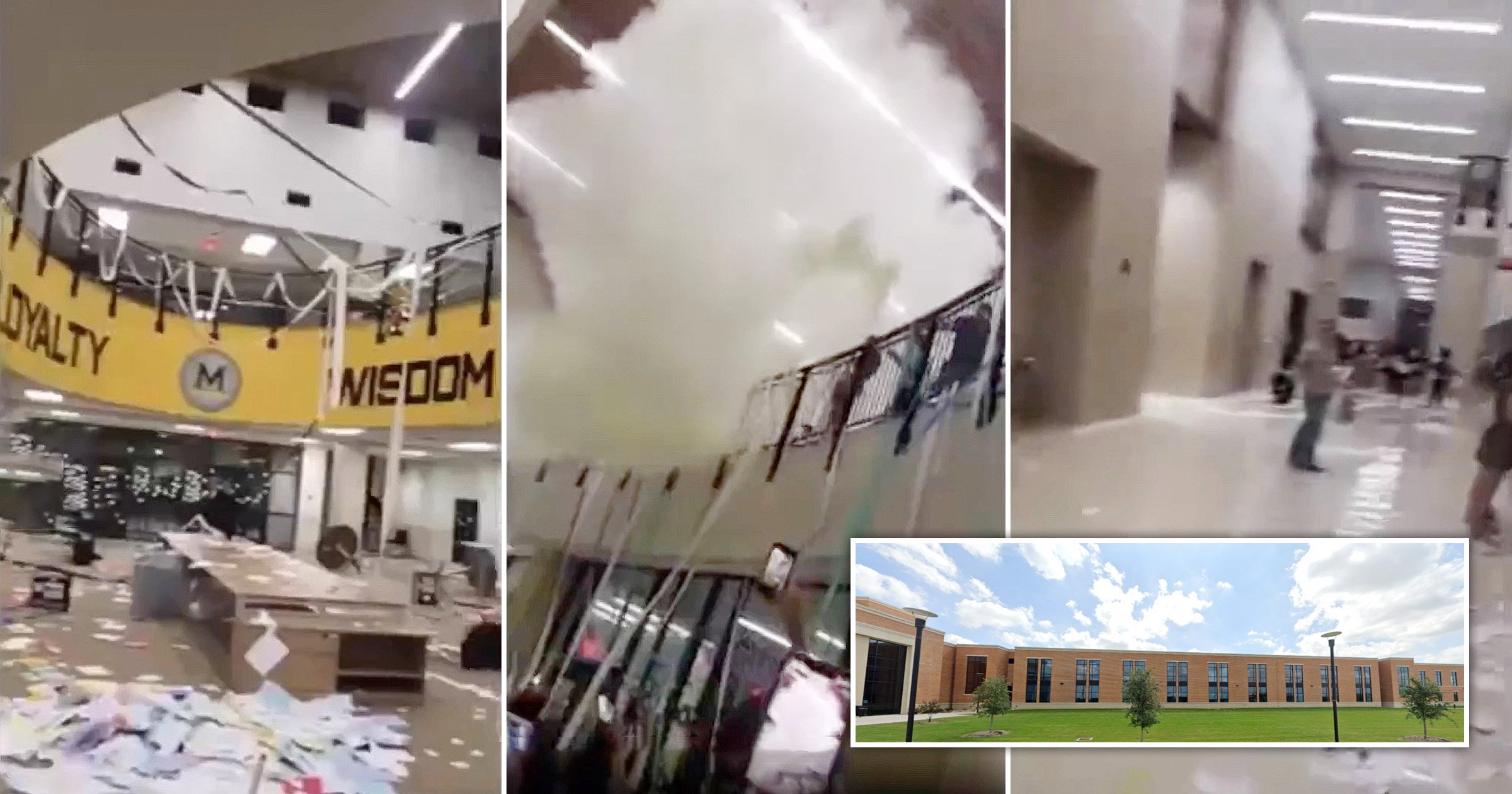 A ‘senior prank’ at a Texas high school that got out of hand caused thousands of dollars in damages and forced the school to end early for the year.

Seniors at Frisco’s Memorial High School had a prank approved by school officials that would involved sticking Post-it notes all over the walls, but the prank quickly strayed from what had been given the OK, and turned into vandalism, school officials said.

Classes had to be canceled Thursday and Friday for the building to be cleaned, preventing graduating seniors and other students from saying goodbye to teachers and staff at the close of the academic year.

Videos posted to social media of the vandalism reveal paint on the walls and clouds of smoke from fire extinguishers that were set off throughout the school.

Staff had been at the school to monitor the planned hijinks, which quickly got out of hand. When the situation became uncontrollable, the police and fire department were called.

‘Damage is estimated in the thousands of dollars and includes paint on the walls, destruction of furniture, discharged fire extinguishers throughout campus and more,’ administrators said in a statement to Fox 4.

The district said that ‘every surface on the 300,000 square-foot campus needed cleaning, including the walls, ceilings and floors.

‘Frisco ISD will hold the students responsible for costs associated with the clean up,’ administrators said.

The school said it is also working with police to identify the students involved in the prank gone wrong. Once identified, they could face possible criminal charges.

Frisco’s seniors have their graduation ceremony set for Friday. The district says it is expected to take place as planned.