Rain, snow and wind were battering parts of California on Saturday less than a week after another “atmospheric river” pounded the West Coast. 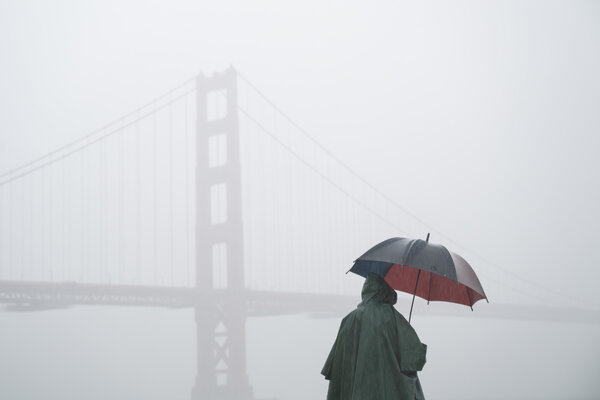 LAKE ARROWHEAD, Calif. — Heavy rain and snow caused landslides and flooding in parts of California on Saturday, shutting down two major highways as another “atmospheric river” system pounded the West Coast, but also brought a measure of relief to the drought-plagued state.

An hourslong torrent of rain forced Highway 101 to close south of San Francisco because of flooding, cutting off a major route between the city and the Silicon Valley. The storm temporarily forced the closure of Highway 50 in the Sierra Nevada, a route that connects skiers to South Lake Tahoe.

The heaviest flooding and risk of damage was in Northern California, where rain was expected to let up by Saturday evening, but some rivers and streams were already reaching flood stage levels. In Sacramento County, officials warned residents in one rural area to evacuate because of rising waters.

The Cosumnes River in Northern California exceeded flood stage and was expected to crest at 15.5 feet by Saturday night. Parts of the state have already had up to seven inches of rain from Friday to Saturday. Downtown San Francisco was pushing close to its record for most rainfall on a single day, with 5.33 inches of rain reported by Saturday afternoon, according to the National Weather Service. (The record, set in 1994, is 5.54 inches in one day).

In Southern California, light to moderate rain was falling in the Los Angeles area on Saturday and was expected to be accompanied by strong wind gusts through the evening, forecasters said. A high-wind warning is in place for most of the area’s mountains and the Antelope Valley.

The current downpour is being driven by an atmospheric river flowing from the Pacific Ocean, a meteorological phenomenon that carries condensed water vapor from other parts of the world.

An unusually strong and long-lasting atmospheric river on the West Coast just after Christmas led to the deaths of five people after trees fell on vehicles in three separate episodes, the authorities in Oregon said. Tens of thousands in the Pacific Northwest lost power.

Significant flooding was expected in the Sacramento area until 10 p.m. on Saturday, and heavy snow at higher altitudes, National Weather Service forecasters said.

Officials urged drivers to turn around if they came upon flooded roads. Sacramento firefighters rescued several teenagers from tree limbs early on Saturday after their car was stuck in floodwaters. No injuries were reported, the authorities said.