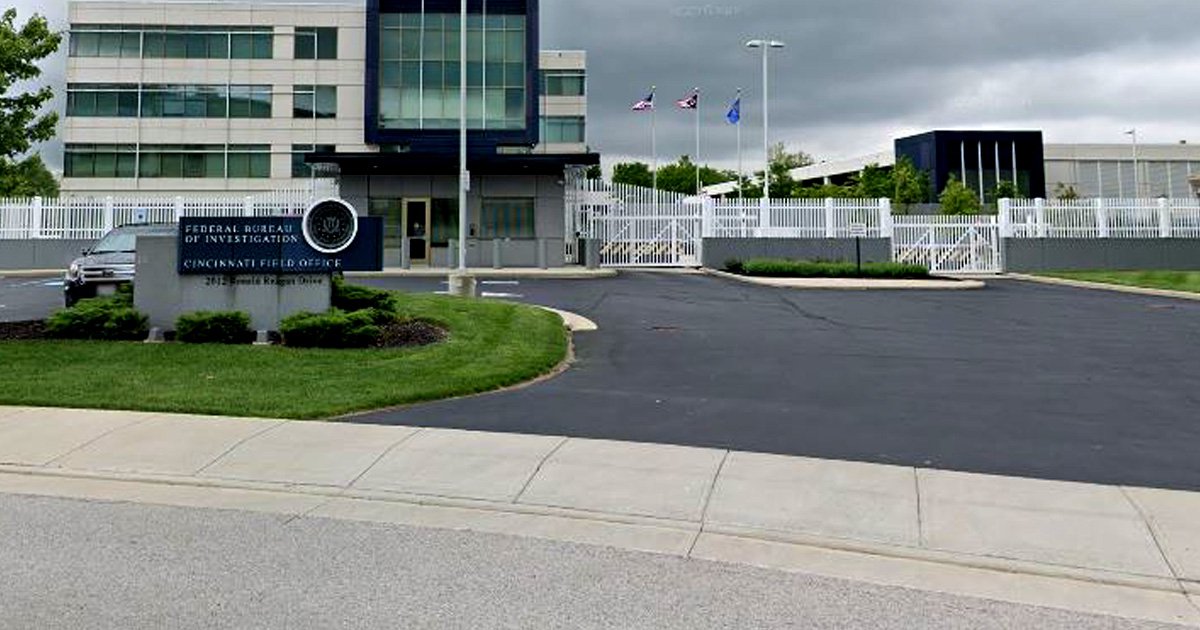 The FBI called it a ‘critical incident’.

‘At approximately 9 AM this morning an armed subject attempted to breach the Visitor Screening Facility at FBI Cincinnati,’ tweeted the FBI field office. ‘After an alarm and a response by FBI special agents, the subject fled north onto Interstate 71.’

The armed suspect brandished an AR-15-style rifle and fired at the building with a nail gun, NBC News reported.

A lockdown was implemented for all buildings within a one-mile radius of Smith Road and Center Road, according to the agency, and businesses and residents were advised to lock their doors.

The suspect’s details and motive were not immediately clear.

Ohio State Highway Patrol troopers are pursuing the suspect, who drove a white Ford Crown Victoria to the FBI building, ABC News reported. The chase continued on Interstate 71, with the suspect exiting near Wilmington.

The FBI has received threats online since Monday, when agents raided former President Donald Trump’s Mar-a-Lago residence to investigate whether he illegally removed classified documents from the White House.