MEXICO CITY — The Guatemalan government said Monday that it would expel a United Nations-backed anticorruption panel, giving its prosecutors a day to leave the country in the most decisive effort yet by President Jimmy Morales to remove the body that has been investigating him and other top politicians.

Accusing the panel of overreaching its mandate and interfering in Guatemala’s internal affairs, Foreign Minister Sandra Jovel said Guatemala was withdrawing from the agreement between the government and the United Nations that established the panel more than a decade ago. 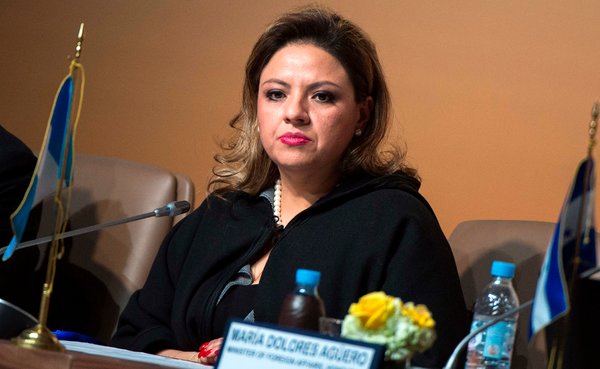 The panel’s international prosecutors had 24 hours to leave the country, Ms. Jovel said at a news conference at the United Nations, after meeting with António Guterres, its secretary general. Mr. Guterres has publicly expressed support for the panel, called the International Commission Against Impunity in Guatemala, or Cicig.

The decision to remove the commission, which works alongside Guatemalan prosecutors to bring corruption cases, was immediately challenged in the country’s Constitutional Court on Monday.

In the 16 months since Mr. Morales first began trying to block the commission’s work, the court has consistently ruled in the panel’s favor. His decision to end the panel’s mandate sets the stage for a possible constitutional crisis if the court again rules against the government.

In a statement, Stephane Dujarric, a spokesman for Mr. Guterres, said that “the secretary general strongly rejects” the decision to end the agreement, and “recalls the important contribution of Cicig to the fight against impunity in Guatemala.”

Mr. Guterres expects the government of Guatemala to protect the commission’s personnel and fulfill its obligations under the agreement, Mr. Dujarric said.

There was no immediate comment from the Trump administration, which has cooled the United States’ longstanding support for the commission under intense lobbying from the Morales government.

But Representative Norma Torres, a Democrat from California who was born in Guatemala, was quick to condemn the Guatemalan government’s decision.

The commission’s “abrupt departure would be a major setback for Guatemala’s fight against corruption,” she said. “Complex cases involving organized crime, drug trafficking, and human smuggling would fall apart. Powerful criminals and corrupt politicians would get away with serious crimes.”