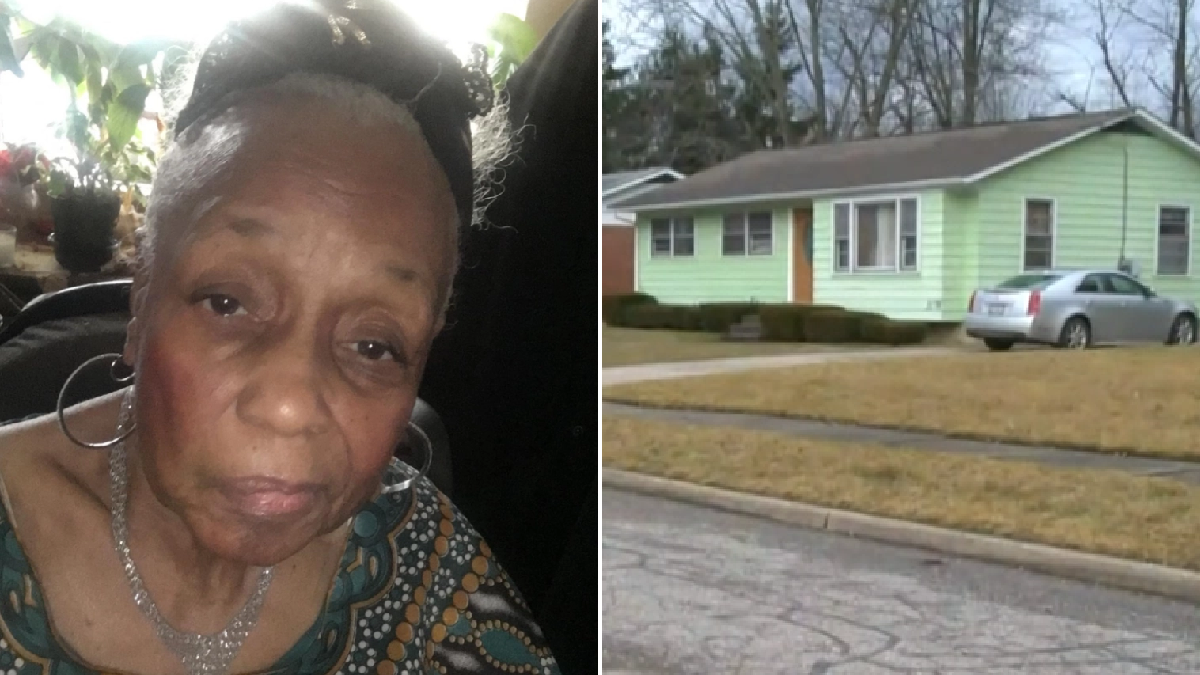 An 89 year-old great-great grandmother was struck and killed by a stray bullet while planning her son’s funeral. Ruth Lewis was shot in the back at her home in Warren, Ohio, on Sunday.

The wheelchair user was struck by a bullet fired through the window of her home, with distraught family members mystified by Ruth’s shocking death. Ruth’s grieving daughter Andrew Daniels Talbott said: ‘We don’t know why she is dead today. We don’t have those answers.’

A silver car and white SUV were seen driving erratically in the area around the time of Ruth’s killing, although it is still unclear if she was caught in the crossfire of another shooting taking place nearby. Further details about the son whose funeral Ruth was planning at the time of her death have not been shared.

A distressing 911 call was shared in the wake of Ruth’s death, with her distressed grandkids heard screaming: ‘My grandma got shot…they just started shooting through my window…please hurry up, my grandmother was shot.’

The devout Christian had a successful career which saw her and her late husband Robert Lewis set up a barbecue restaurant She also ran a beauty shop, and worked for an electrial firm, as well as a construction company.

Granddaughter Shachara Lewis told Trib Today: ‘She motivated all of us.

‘She showed us that we can be something; as black people, she taught us to never give up and don’t allow people to stereotype us.

‘She taught us to be our own bosses. She is always there with you, spiritually, even when she wasn’t there in person.’

Police told WFMJ that they have yet to make any arrests over Ruth’s death, but say they have ‘a lot of leads.’