Graduate Students Are on Strike at N.Y.U., Long a Labor Battleground

When Marwan Shalaby moved to New York from Egypt in 2019 to start an engineering Ph.D. at New York University, he had $700 in his bank account. He figured that would be enough to get settled.

But Mr. Shalaby had to pay for the deposit on an apartment, a mattress and winter clothes. After going to the emergency room with a cooking injury, he began to rack up debt.

As he waited anxiously for his first graduate student stipend payment, which would add up to $2,500 a month, Mr. Shalaby realized those checks would barely cover the cost of living in his new city. The time and energy he wanted to devote to studying for classes was instead spent worrying about his bank account.

“My learning experience wasn’t optimal because my mind was so preoccupied with how I’d pay for the essentials,” he said.

This week, Mr. Shalaby, 28, joined more than a thousand N.Y.U. graduate students striking for higher wages from the university, among other demands, like better health care and a change in the school’s relationship with the Police Department.

While on strike, the graduate students are refraining from their work duties, including assistant teaching and grading papers, leaving the campus in limbo as the university and union continue bargaining over the terms of the students’ new contract.

More than seven years ago, N.Y.U.’s graduate students became the first in the country to win voluntary recognition for their union from a private university. The resulting contract expired in August, and graduate students, who are represented by the United Automobile Workers, have spent months locked in heated negotiations over the terms for its renewal.

At the center of the conflict between the union and the university, one of the country’s most expensive, is the graduate students’ demand for higher wages. The union’s organizing committee initially proposed a $46 hourly wage — more than double the current hourly wages for graduate students there, which start at $20.

The organizing committee has since dropped its proposal to $32 per hour. The university has countered with a proposed raise of around 22 percent over six years, amounting to a $1 raise in the contract’s first year.

N.Y.U. leaders maintain that the graduate students make more than their counterparts at other schools. They noted that graduate students at Harvard, for example, recently settled a contract that granted an hourly wage of $17.

“This strike need not have happened,” John Beckman, an N.Y.U. spokesman, said in an email. “The university has made generous proposals in this contract renewal.”

The university’s president responded to the strike by emailing the parents of its graduate students, who nationwide are an average age of 33, and describing the strike as “unwarranted, untimely, and regrettable,” sparking a backlash and a slew of jokes on social media from union organizers. (“If I’m grounded I still can’t go to work,” Chloe Jones, 26, a Ph.D. student, tweeted.)

Graduate student organizers at N.Y.U. said the comparison with Harvard’s contract was inappropriate because of the higher cost of living in New York. The N.Y.U. organizers determined their proposed wage by using the Massachusetts Institute of Technology’s living wage calculator, accounting for the constraint that graduate students can only work 20 hours each week. 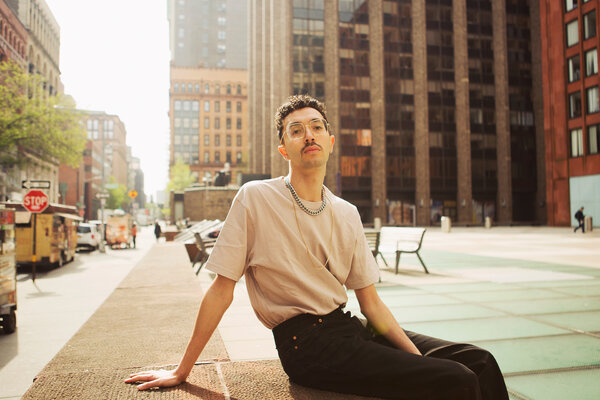 And while Columbia and Harvard graduate students went on strike in recent years to get their first union contracts, N.Y.U.’s graduate students are negotiating a second contract, having settled their first in 2015, and therefore made more ambitious demands. (Columbia’s strike has paused while students vote on their contract, which would raise wages for hourly student workers to $20 within three years.)

“A first contract establishes a baseline for future negotiations,” said William A. Herbert, executive director of the National Center for the Study of Collective Bargaining in Higher Education and the Professions at Hunter College. “In the second contract, the union is seeking to broaden and expand their benefits. It’s very common for a second contract to be more demanding.”

The urgency of the union’s financial demands has been heightened by the pandemic and the economic crisis, as the academic job market has been squeezed by hiring freezes.

“They’re trying to bully us to drop our wage proposals lower and lower,” said Ellis Garey, 28, a union organizer and fourth-year Ph.D candidate in history and Middle Eastern studies at N.Y.U. “We finally now have thousands of graduate workers on the picket line.”

Unionization and collective bargaining among graduate students dates back decades in the public sector, which saw its first higher education contract in 1970 at the University of Wisconsin-Madison.

But at private schools, the question of whether graduate students should be treated as students or workers has been more contentious. And N.Y.U. has long been a battleground for the issue.

The National Labor Relations Board first recognized graduate students’ right to collective bargaining at private universities in 2000, in a case that started at N.Y.U. But the board, whose five members are appointed by the president, had a conservative majority under President George W. Bush. In a 2004 case at Brown University, the board reversed its ruling, leaving private graduate student unions federally unprotected.

The board has vacillated on the subject ever since as the White House has changed hands. Though Republicans still hold a majority until at least late summer, the board said in March that it would withdraw a proposed rule on the issue from the Trump era, once again clearing the way for graduate students at private schools to unionize.

There has been significant growth in the number of total unionized student employees nationwide, from around 64,680 in 2013 to more than 83,000 in 2019, according to research from the Hunter center.

The issue of whether graduate students should be classified as students or employees is more urgent now than ever, Mr. Herbert said, as the federal government considers how to classify gig workers and the workplace protections they’re afforded.

Many private university leaders have traditionally held that graduate students’ primary obligation was to their studies, not their labor. But the striking graduate students at N.Y.U. argue that there is no distinction between their work and academics — and that the university couldn’t function without their paid labor.

“When I’m doing my research, that benefits the university,” Ms. Garey said. “I present at conferences, organize workshops within my department, publish articles, publish translations. All of these are things faculty members do as part of their compensation.”

Compensation isn’t the sole issue driving a wedge between the N.Y.U. graduate student organizers and the university. The graduate students also asked that the university refrain from calling the New York Police Department except when legally obligated or when a violent crime has been committed. They don’t want the police called in cases of vandalism, for example, citing the risk to people of color and other vulnerable students.

The graduate students have also made pandemic-specific demands, including requesting a $500 payment to teaching assistants for the effort they’ve put into transitioning to remote teaching.

Virgilio Urbina Lazardi, 28, a fourth-year sociology Ph.D. student, had planned to spend last spring polishing a paper for submission to an academic journal. He had to shelve the project so he could double the number of hours he spent assistant teaching. The professor he assisted was struggling with Zoom, so Mr. Lazardi made appointments to visit the professor’s home and set up his technology.

“There was a lot of added stress that semester and it disproportionately fell on me with no additional compensation or recognition,” Mr. Lazardi said.

This week all of the duties for which graduate students are compensated — planning lessons, emailing students, hosting office hours — have halted.

Some union organizers have approached the moment as an opportunity to teach their undergraduates about the broader struggle for student-worker rights.

Arundhati Velamur, 33, who is getting her Ph.D. in education, spent the semester leading a course about the teaching of geometry. She opened her first class with a discussion of the book “Flatland,” an 1800s satire about Victorian social hierarchy, which imagines a fictional world populated by shapes whose power is determined by the number of sides they have; a hexagon, for example, would be more powerful than a square.

Ms. Velamur returned to the text to explain why she was skipping class for the strike — because in N.Y.U.’s “Flatland”-like hierarchy, Ms. Velamur said, she and her peers were fighting for more power.

She told her students in an email that she wouldn’t be able to teach until an agreement was reached, and smiled when she received their response: Her undergraduates were spending their class time brainstorming ways to support the union.