From the Past, a Chilling Warning About the Extremists of the Present

They robbed an armored car outside a sprawling Seattle shopping mall.

They bombed a synagogue in Boise, Idaho, and within weeks assassinated a Jewish talk radio host in Denver.

Then a month later, they plundered another armored car on a California highway in a spectacular daylight heist that netted more than $3.6 million.

What initially seemed to F.B.I. agents like distant, disparate crimes turned out to be the opening salvos in a war against the federal government by members of a violent extremist group called the Order, who sought to establish a whites-only homeland out West.

Their crime spree played out in 1984. Fast forward to 2021. Federal agents and prosecutors who dismantled the Order see troubling echoes of its threat to democracy in the Capital riot and the growing extremist activity across the country.

“When you see the country as politically and philosophically divided as it is today, that makes it more likely that somebody could take advantage of these times to bring about another revolutionary concept like the Order,” said Wayne F. Manis, the main F.B.I. agent on the case. “We stopped the Order. We did not stop the ideology.”

Those who tracked the group say the legacy of the Order can be seen in the prominent role that far-right organizations like the Proud Boys and the Oath Keepers played in storming the Capitol on Jan. 6.

“Many of the participants of these groups today come from the same sources as the Order,” said Eugene Wilson, the lead prosecutor, who went on to become a U.S. magistrate judge in Seattle before switching to private practice. “I think they might be just as committed to totally changing democracy as we know it.” 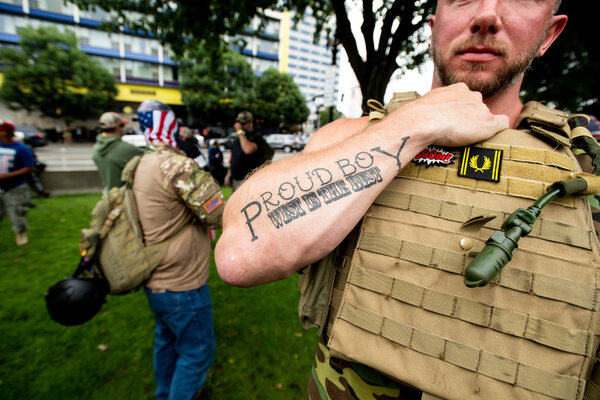 The men who played central roles in disbanding the Order still consider it the most important case of their lives. Given the Order’s “potential for violence and destruction,” said Mr. Manis, no other domestic group posed a similar threat to the United States.

The Order collapsed after its charismatic leader, Robert Jay Mathews, died in a fiery shootout with scores of F.B.I. agents on Whidbey Island, Wash., in December 1984. His followers were rounded up in a nationwide manhunt and 23 of them faced trial on racketeering charges involving two murders, robberies that netted more than $4 million, counterfeiting, weapons violations and arson. Sentenced to lengthy terms ranging up to 252 years, most of the core members died in jail.

Far-right groups often express antigovernment ideology or espouse ideas about returning the United States to some imagined, idyllic form of constitutional rule. What made the Order so dangerous was that it set about achieving that goal, killing, robbing and planning spectacular terrorist acts in hopes of toppling the government.

Just before federal agents closed in, its members had been figuring out how to sabotage the power grid in Los Angeles, hoping to incite riots and looting. Men affiliated with the Order had also surveyed the Alfred P. Murrah Federal Building in Oklahoma City as a target, which helped to inspire Timothy J. McVeigh to blow it up in April 1995, killing 168 people in the worst homegrown terrorist attack in American history.

The First Amendment means that people cannot be prosecuted on the basis of ideology alone, so the hurdle is figuring out which secretive individual or group, whether far right or far left, might be turning to violence. The dangerous core bent on violence is usually only 5 to 10 percent of an extremist organization, agents said.

Mr. Mathews, raised among white supremacists, organized a heavily armed, clandestine guerrilla force designed to spark a civil war. Adherents sought to restore America to its imagined origins and considered preserving the “green graves” of their white forefathers a sacred duty. To join, members stepped into a wide candlelit circle formed around a white infant and pledged to fight, in secret and without fear of death, to make the United States an Aryan nation.

Far-right groups have evolved since the days of the Order. In some ways they are broader and more loosely affiliated, given the use of the internet, and mainstream politics has opened the door to some of their ideas. A key question today is whether adherents of extremist groups might seek elected office or whether the heavily disputed presidential vote soured them on politics.

“Do they want armed revolution and race war or are they seeking to enter politics?” said Kathleen Belew, whose book, “Bring the War Home,” covered the history of the Order. “Do they want to burn it down or do they want to take over?”

The Order sought to burn it down. A key takeaway was how much time it took federal authorities to recognize the significant threat, Mr. Manis and others said. Law enforcement agents, focused on more visible, outspoken groups, were initially blind to the level of organization behind the Order.

In northern Idaho in the 1980s, the public face of the far right was the Aryan Nations compound near Hayden Lake, a gathering of white supremacists and neo-Nazis collected around the Church of Jesus Christ Christian, part of the Christian Identity movement. Its pastor, Richard Girnt Butler, preached that the United States must be restored as a white nation for the second coming of Christ to occur.

Then, as now, adherents of extremist groups were mainly white men. “They were undereducated or poorly educated, underemployed, unsuccessful in whatever they were trying to do work-wise,” Mr. Wilson said. “They were seeking relevance and status, a meaning for their lives, and looking for somebody readily identifiable to blame. They blamed minority groups for their problems.”

They railed against immigrants coming to destroy the country and against the elites in what they called the “Zionist Occupied Government,” whom they accused of abetting such threatening changes for cheap labor, among other reasons.

Expressing those sentiments, protected by the First Amendment, was insufficient cause to begin an investigation. And many of the members did not particularly stand out in northern Idaho, given that residents pride themselves in rugged individualism.

Peter Robinson, who helped to prosecute the case as an assistant United States attorney, said the defendants struck him as completely ordinary — up to a point.

“I had the impression that these were normal guys who you could have a beer with in a bar and you would not notice anything unusual about them — unless you talked about race or about Jews,” said Mr. Robinson, now an international criminal defense lawyer.

At first agents were clueless that the Order even existed.

An undersheriff with his ear to the ground voiced his suspicions to Mr. Manis that a local gang was behind a spate of relatively small, unsolved robberies, prompting a standard investigation that mushroomed throughout 1984 into a major national operation.

One big break came when a man arrested in Pennsylvania for trying to pass counterfeit bills revealed that Mr. Mathews had founded the Order in the Pacific Northwest to undermine the U.S. government, including its currency. “That was like reading a mystery novel and you turn the page and it tells you who the killer is,” Mr. Manis said.

Then a search warrant unearthed a truly damning piece of evidence, the MAC-10 semiautomatic gun used to assassinate Alan Berg, the talk radio host who drew the ire of the group by repeatedly insulting far-right adherents on air. The killing introduced an element of mystical zeal because the gun jammed after the 13th round, interpreted by Order members as a sign that their plan to restore the United States to its origins when it was just 13 states would succeed, according to a history of the group called “The Silent Brotherhood.”

With the robberies that were the initial focus of the group’s efforts, Mr. Mathews worked toward a general uprising, dispensing the money to extremist groups nationwide to buy weapons and other matériel. He hoped his war chest would serve to bind them together, with a wave of violence forcing the U.S. government to cede Washington, Idaho, Montana, Wyoming and Colorado as an initial white homeland.

The men who disbanded the Order believe that any contemporary group with similarly dangerous aspirations would also likely be hidden. Members of the Order shunned publicity to concentrate on crime. “Everything that they did was covert,” said Tom McDaniel, a former F.B.I. agent who moved to Montana in 1984 to pursue the case and never left.

It was only when the F.B.I. agents were closing in on Mr. Mathews in November 1984 that he issued a declaration of war. Part of the declaration threatened to kill politicians in Congress: “When the day comes, we will not ask whether you swung to the right or swung to the left; we will simply swing you by your neck.”

The wording came from a tract published by the National Alliance, a far-right organization run by William Luther Pierce, the author of “The Turner Diaries,” a dystopian novel that imagines a white supremacist underground that takes over the United States and eventually the world.

Though the motivations are related, there is plenty that separates groups active now from those that operated in the past. Far-right organizations once needed to engage with possible recruits in person; now much of that radicalization occurs online. They can connect, scheme and even act through the internet. It was also unthinkable that any high-profile politician would voice opinions that such groups considered encouragement. Now those words have come from a former president.

“I feel that if there is an organization today from the extreme right that is following in the footsteps of the Order,” Mr. Manis said, “you will not know anything about it until it is too late and they have already done something dastardly.”