Football Coach Is Replaced After He Forced Student to Eat Pork, Lawyer Says

An Ohio city school board voted not to renew the contract of a high school head coach after he and others forced a student to eat pepperoni despite his religious beliefs, a lawyer for the boy’s family said. 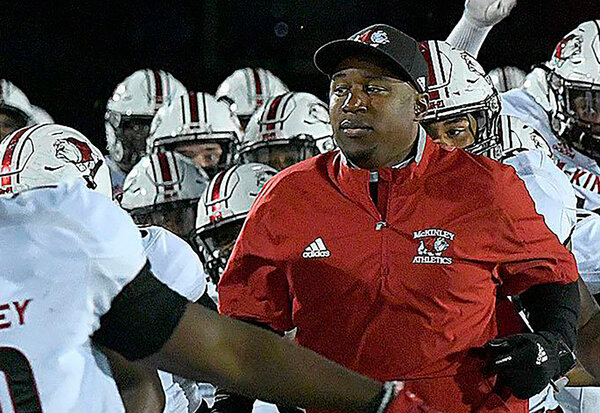 A high school football coach in Canton, Ohio, and six assistant coaches will not have their athletic contracts renewed, officials said, after an allegation was made that a 17-year-old was forced to eat pork against his religious beliefs because he missed a voluntary practice session.

The Canton City School Board voted 5-0 on the decision during a special meeting on Thursday, the city school district said in a statement. Marcus Wattley, who was the head football coach, and the assistants would no longer be coaches at Canton McKinley High School or any other school in the district, it said.

The school district has also filed a report about the matter with the Canton Police Department, which is investigating it as a potential hazing episode. The police did not immediately respond to a request for comment.

The vote followed an incident on May 24, the last day of classes and four days after the student, a rising senior, had missed the optional practice. The student was forced to eat an entire pepperoni pizza, even though Mr. Wattley and the other coaches knew that he did not eat pork because he was a Hebrew Israelite, the lawyer for the student’s family, Ed Gilbert, said earlier this week.

According to Mr. Gilbert, the student was told that his teammates would be forced to do extra drills if he didn’t eat the pizza, and that his own standing with the team could be compromised.

The Canton Repository, a local newspaper, reported last week on the episode and on the vote on Thursday. It quoted Jeff Talbert, the high school superintendent, as saying that a seventh assistant coach, Badre Bardawil, who also had been suspended, would remain an assistant coach because the evidence “did not show that he performed in the same manner as the other coaches.”

In its statement, the school district named Mr. Wattley and six assistant coaches: Cade Brodie, Joshua Grimsley, Romero Harris, Frank McLeod, Zachary Sweat, and Tyler Thatcher, who had all been suspended last month after the incident.