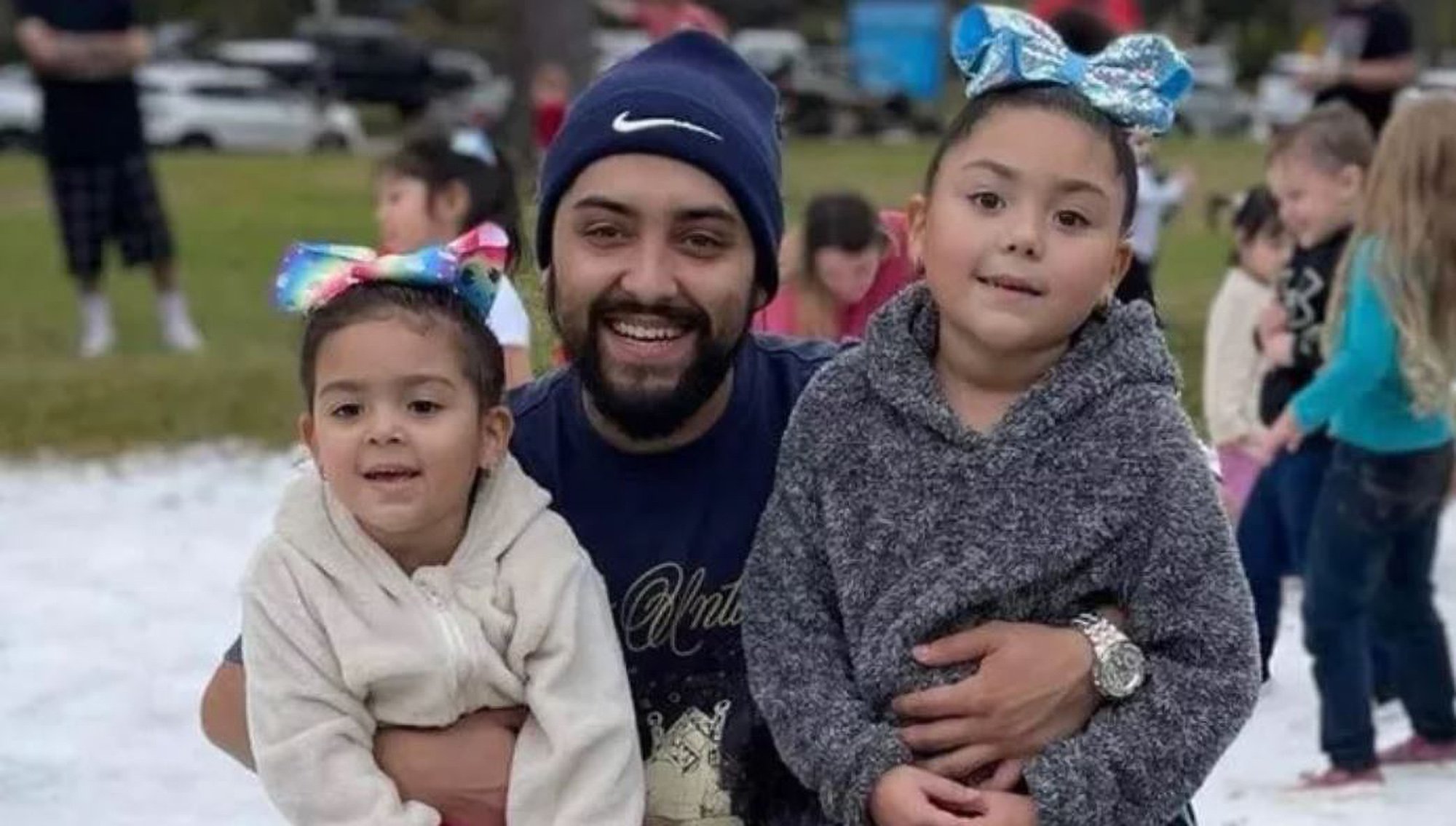 A father was fatally shot while carrying his six-year-old daughter’s birthday cake outside a Chuck E Cheese restaurant.

Calogero Dueñes, 24, was walking into the family restaurant and entertainment center in Humble, Texas, with his two daughters and wife. He then got into a confrontation with a driver who almost ran him over, according to the Daily Mail.

Surveillance footage that has not been released showed a driver nearly hitting Dueñes on Friday.

Dueñes was holding the cake in the parking lot after his daughters and wife Amber Uresti had already entered the Chuck E Cheese.

The driver in the argument pulled a gun and shot Dueñes before fleeing in a Ford vehicle, police said.

‘I saw him walking towards us,’ Uresti told KTRK. ’I told the lady my husband was on his way. I pointed at him, and the instant I turned around, he came running in through the door and he kept saying, “I got shot! I got shot!”‘

The birthday girl saw her father drop to the ground, Uresti said.

‘He had no weapons,’ Uresti said. ‘He was holding my daughter’s birthday cake. He had nothing on him. I don’t understand why.’

Dueñes was transported to a nearby hospital, where he died shortly after of his injuries.

Uresti said she met Dueñes as a teenager and said he was a caring husband and father.

‘We grew up together. Every day for the last 10 years, it’s been me and him,’ she told KTRK. ‘I really don’t know what I’m going to do anymore. It’s really hard.’

Dueñes is survived by his daughters Serina Divine Dueñes, 6; Mallory Elizabeth Dueñes, 3; and Uresti, according to a GoFundMe account set up for his burial expenses.

The suspect remains at large.

‘I don’t understand how someone could do something like that,’ Uresti told KHOU. ‘He was walking with a cake.’