Dozens of people are missing in Oregon as two large fires threaten to merge and hundreds of thousands are ordered to evacuate.

The western US is reeling from a devastating wildfires season that has destroyed more than 2.6 million acres in California alone, killed at least 24 people, and given the area the world’s worst air quality.

Two fires in Oregon were in danger of coming together on Friday near the suburbs of the state’s biggest city, Portland.

Hundreds of firefighters backed up by water-dropping helicopters are fighting the flames in the state.

Governor Kate Brown said there were dozens of missing people in Jackson and Marion counties.

Some 500,000 people – more than 10% of Oregon’s 4.4 million population – have been ordered to evacuate and hundreds of thousands more are under yellow “Be Set” warnings.

Firefighters have been helped by extra humidity and winds which changed direction over the last day as they tried to stop the fires threatening more populated areas.

“Thank God, we got a wind shift. The wind started coming from the west, pushing the fire back towards the east, and that’s what kept it within its footprint and kept it from growing,” said fire spokesperson Ashley Lertora, near Lincoln City.

However, the situation remains critical in many areas.

A police car rolled through the streets of Molalla, 30 miles (48km) south of Portland, with a loudspeaker blaring “evacuate now”.

But for some it is already too late.

The small town of Phoenix near the California border was mostly destroyed – a mobile home park, houses and businesses reduced to charred remains.

One immigrant worker on a vineyard told Associated Press he raced home after seeing smoke spreading through the valley.

He arrived just in time to save his children from their trailer park, but the family now just have the clothes on their back. 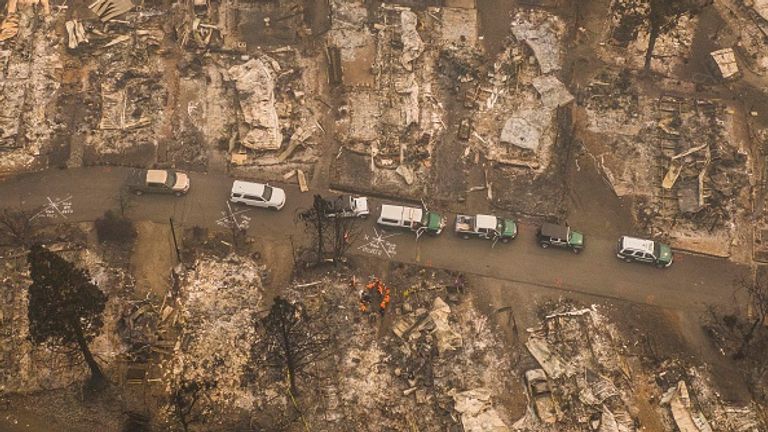 Four Oregon police departments have also warned of fake online messages, appearing to be from law enforcement, which blame both left-wing and right-wing activists for the fires.

Seattle’s famous Space Needle was almost impossible to see from a distance due to the smoke from the fires. 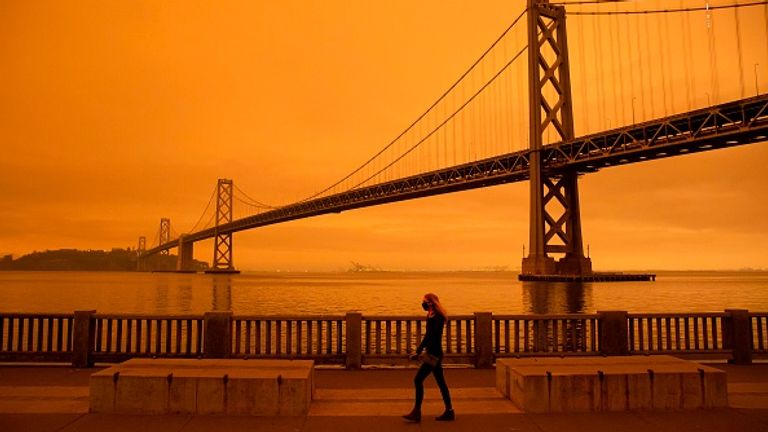 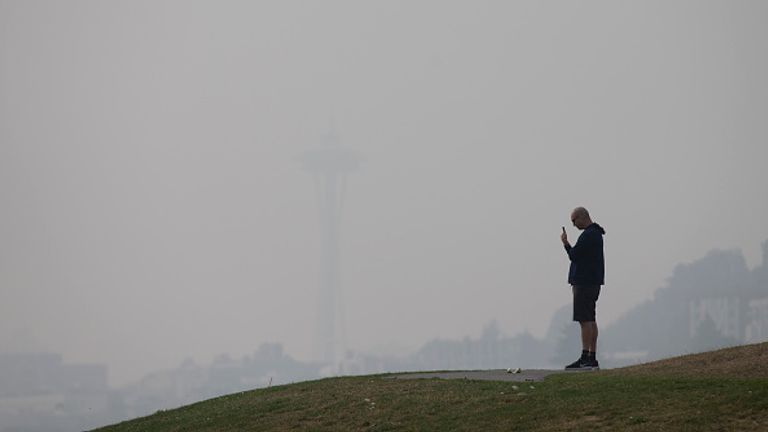 Meanwhile in California, where 289 fire crews are still battling 28 fires, an eerie red hue has been hanging over cities such as San Francisco as light failed to penetrate the smog.

Air monitoring website IQAir listed Seattle, Portland and San Francisco as having the world’s dirtiest air on Friday – worse than notoriously polluted cities such as Jakarta and Delhi.

Scientists say climate change has contributed to greater extremes in wet and dry seasons, causing vegetation to flourish and dry out, leaving plenty of volatile fuel for fires.