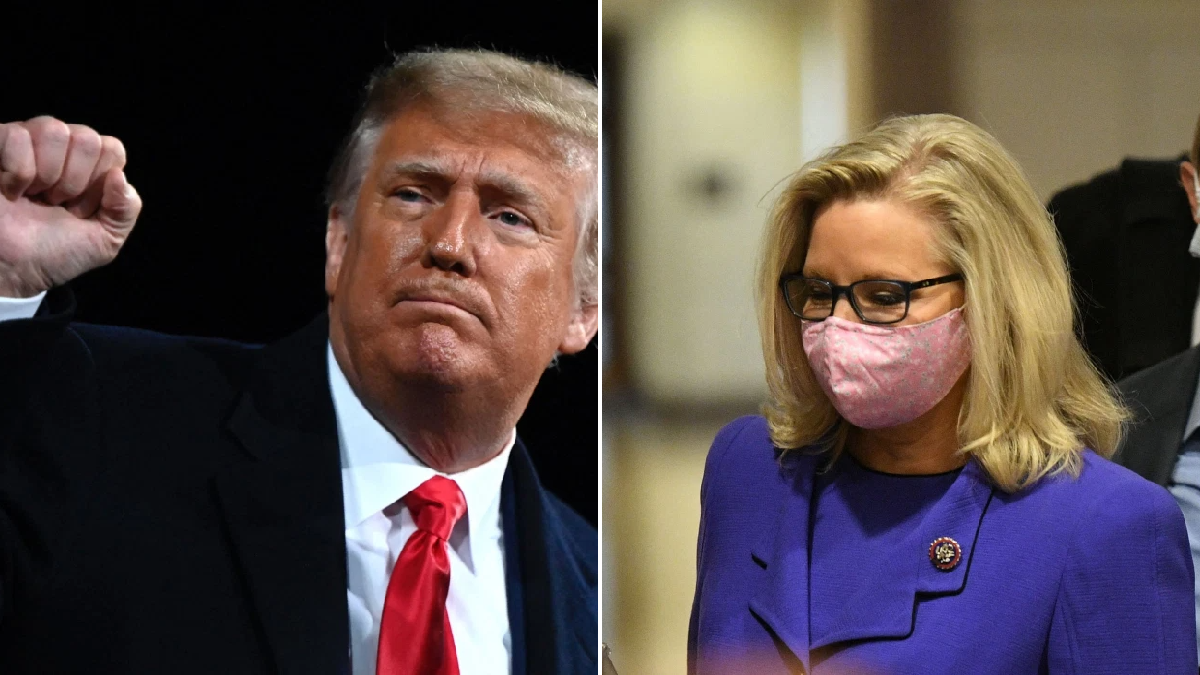 The No. 3 Republican Liz Cheney, who has continued to criticize former President Donald Trump, has been ousted from leadership by her colleagues in the House of Representatives.

In a closed-door meeting on Wednesday morning, the GOP conference voted Cheney, of Wyoming, out of her role as House Republican Conference chair, according to CNN. Members in the room said there was no debate and that Cheney lost by voice vote.

In recent weeks, Cheney clashed with House Minority Leader Kevin McCarthy and other senior leaders in the GOP by opposing Trump’s false claims that the 2020 presidential election was stolen from him.

After the ouster vote, Cheney told reporters: ‘I am absolutely committed, as I said last night, as I said just now to my colleagues, that we must go forward based on truth.’

Cheney added that she ‘will do everything I can to ensure that the former President never again gets anywhere near the Oval Office’.

‘We must speak the truth. Our election was not stolen,’ Cheney said. ‘And America has not failed.’

Her speech came hours after Republicans indicated it was time to move on from the January 6 insurrection, in which Trump supporters urged by the 45th president to fight the election results stormed the Capitol building. Four months later, Cheney continued to say she ‘does not believe Trump will just fade away’.

On Wednesday morning before the vote on Cheney, Trump said in a statement that ‘Republicans in the House of Representatives have a great opportunity today to rid themselves of a poor leader, a major Democrat talking point, a warmonger, a person with absolutely no personality or heart’.

‘Liz Cheney is bad for our Country and bad for herself,’ Trump stated. ‘Almost everyone in the Republican Party, including 90% of Wyoming, looks forward to her ouster – and that includes me!’

Cheney had survived an effort by Trump allies to remove her in February, on a 145-61 vote. But Republicans have had a change in heart. Cheney’s removal comes one week after President Joe Biden remarked that the GOP is in a ‘mini revolution’ over the matter.

Representative Elise Stefanik of New York, who has the support of Trump and House GOP leaders, is the front-runner to replace Cheney.