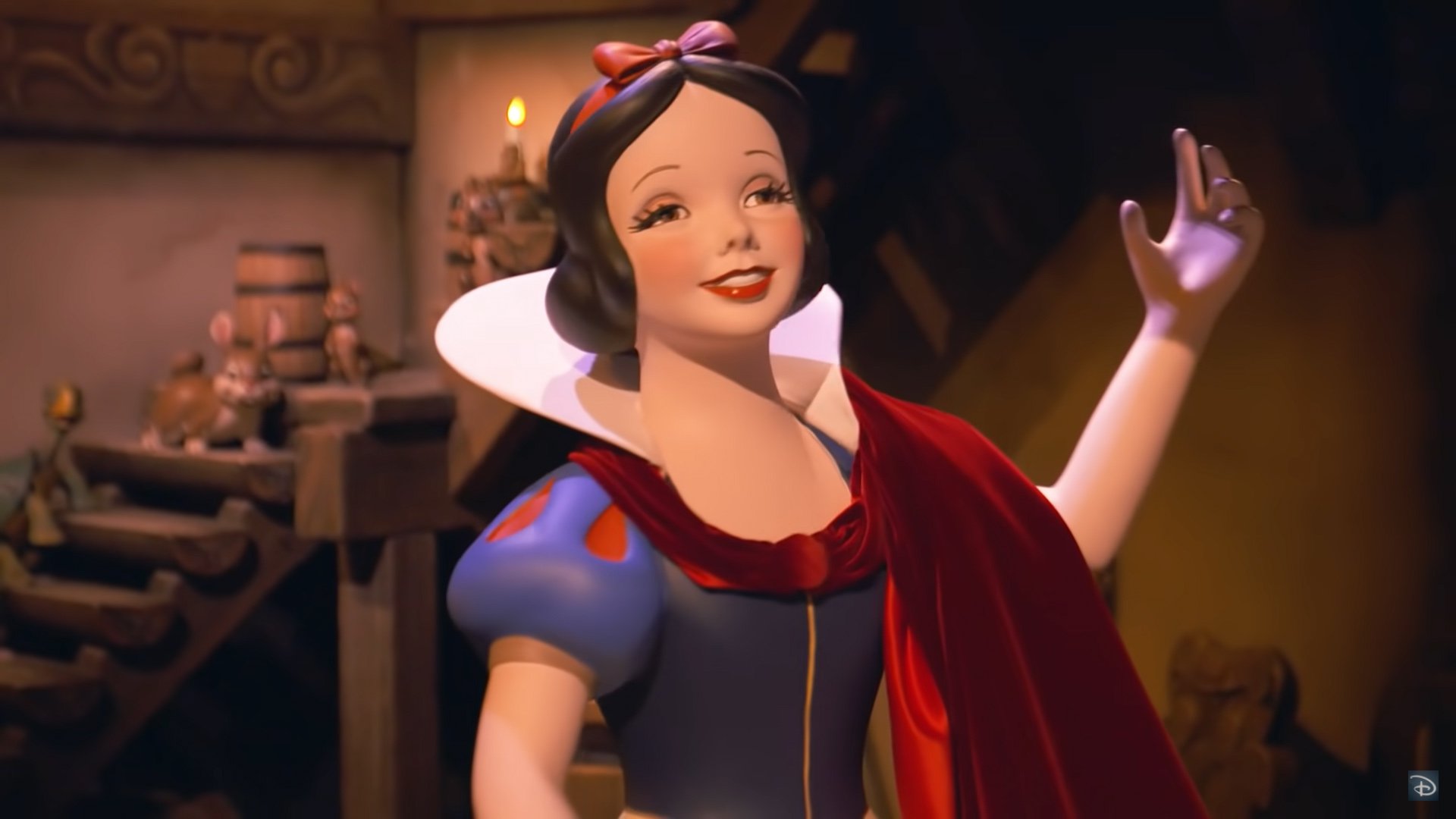 The overhaul of the ride at the theme park in Anaheim, California, was revealed to the public last week after being closed during the pandemic for more than a year.

It previously focused on Snow White’s ‘scary journey’ with the Evil Queen, but the new version takes a lighter approach with the Seven Dwarfs.

The ride now ends with the prince kissing Snow White while she is asleep, breaking the Queen’s curse that put her in a trance.

It’s a famous scene from the original 1937 film, but critics say it undermines important lessons for children about consent in the modern world.

Writing in the SF Gate, theme park reviewers Katie Dowd and Julie Tremaine said the prince kisses Snow White ‘without her consent… which cannot possibly be true love if only one person knows it’s happening’.

‘Haven’t we already agreed that consent in early Disney movies is a major issue?’ they wrote.

‘That teaching kids that kissing, when it hasn’t been established if both parties are willing to engage, is not OK?

‘It’s hard to understand why the Disneyland of 2021 would choose to add a scene with such old fashioned ideas of what a man is allowed to do to a woman.’

They also noted Disney had removed ‘problematic scenes’ from other rides, including Jungle Cruise and Splash Mountain.

They added: ‘Why not re-imagine an ending in keeping with the spirit of the movie and Snow White’s place in the Disney canon, but that avoids this problem?’

Disneyland is currently overhauling its Jungle Cruise ride, which launched in 1955, to remove racist depictions of indigenous people.

Last June, the theme park also announced its Splash Mountain ride would be revamped to cut ties with the 1946 film ‘Song of the South’, due to its dated racist stereotypes.

The popular log flume will instead be redesigned around the 2009 film The Princess and the Frog.

Critics have previously taken issue with the Snow White kiss over its message to children.

Professor Kazue Muta, from Osaka University in Japan, argued in 2018 that the classic film, along with Sleeping Beauty, promotes ‘sexual violence’.

She tweeted: ‘When you think rationally about “Snow White” and “Sleeping Beauty,” that tell of a “princess being woken up by the kiss of a prince,” they are describing sexual assault on an unconscious person.’