One of the main unanswered questions in this year’s mayoral race is how the introduction of ranked-choice voting will change the nature of the election.

The first taste of how things will change came on Sunday, with an endorsement of two candidates, in ranked order.

Other questions were also addressed last week, including how much time candidates spent outside of New York City during the pandemic, and how they view the long-term job prospects of the current police commissioner, Dermot F. Shea. (Hint: Count on a job opening in January.)

Here are some key developments in the race:

For months, New York mayoral campaigns, political strategists and officials have quietly grappled with one of the biggest uncertainties in the race: how to approach the new ranked-choice voting system in the June Democratic primary, for which New Yorkers will be asked to rank as many as five choices. Can a candidate draw contrasts without alienating a rival’s supporters? Are alliances in order? Do voters even understand the process?

On Sunday, some of those private calculations were placed on public display in what was billed as the “first of its kind” ranked-choice endorsement in the race: State Senator Gustavo Rivera named Scott M. Stringer, the city comptroller, as his first choice, and Dianne Morales, a former nonprofit executive, as his second.

Both of those contenders are seeking to emerge as the standard-bearers for progressive voters in the party, in competition with candidates including Maya Wiley, who out-raised Ms. Morales but trails Mr. Stringer in the money race. Mr. Rivera stressed their New Yorker bona fides at a time when Andrew Yang — another leading candidate in the race — has faced scrutiny over his political ties to the city.

The joint campaign event with Mr. Rivera was not a cross-endorsement, Mr. Stringer assured.

“Obviously I don’t want her to be mayor,” Mr. Stringer cracked as he appeared with Ms. Morales, and they stressed their interest in educating New Yorkers about ranked-choice voting.

But the moment offered an early glimpse of how the new system may shape coalitions and highlight rivalries — and how elected officials with endorsements to dole out may seek to wield their influence.

Add Mr. Yang to the list of gambling and real estate executives eager to bring a full-fledged casino to New York City.

Mr. Yang spent much of last week doubling down on his assertion that what New York City needs right now is a casino.

During a discussion about the city’s grave fiscal needs and the imperative to draw tourists back, Mr. Yang argued that New York City should put a casino on Governors Island — to make the city money and to make it “more fun.”

“That casino would generate so much money, it’d be bananas,” Mr. Yang said during the Jan. 14 interview. 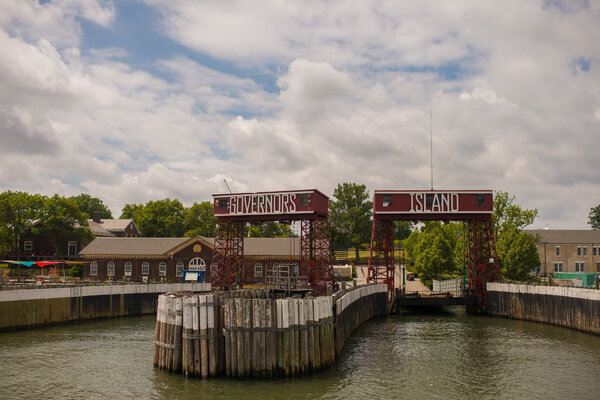 Casinos are currently prohibited on the island, but Mr. Yang’s endorsement of a city casino raised some eyebrows among political types because Bradley Tusk, who is advising Mr. Yang’s campaign, is also chairman of IG Acquisition. The company, which seeks to acquire businesses in the leisure, gaming and hospitality industries, recently raised $300 million in an initial public offering.

Via text message, Mr. Tusk acknowledged discussing the idea of a Governors Island casino with Mr. Yang, but said the idea is for the city to own the casino — the opposite of the industry’s preference.

He argued that because he and Mr. Yang are proposing a city-controlled casino, rather than a private operation, there is no possible conflict of interest. A city-owned casino might still benefit from a casino consulting firm, but Mr. Tusk said that his company is interested in finding ways for people to bet on video games like Fortnite or League of Legends.

“The point of saying public owned was to both maximize revenue for the city and remove it as anything that involves me,” Mr. Tusk said.

Three weeks in the Hamptons

When Mr. Yang told The New York Times that he had spent “more time upstate than in the city over the last number of months,” his fellow mayoral candidates saw an opening and highlighted how they stayed put.

One candidate who did not throw any shade at Mr. Yang was Raymond J. McGuire, a wealthy former Wall Street executive who, with his wife, owns a second home in the Hamptons. Speculation rose that Mr. McGuire’s campaign was silent because perhaps he had spent much of the pandemic outside of the city as well.

After reviewing his calendar, Mr. McGuire’s campaign said that he spent the first three months of the pandemic in Manhattan, and then a total of three weeks in the Hamptons with his family from June to August.

His campaign staff shared a schedule that indicated that Mr. McGuire worked and took meetings in both Manhattan and the Hamptons during the summer; The Times confirmed that several of those meetings — with future staff members and an influential Black activist, Kirsten John Foy — did take place.

“It’s pretty clear from the exhaustive and transparent accounting of Ray’s whereabouts that he was not living in the Hamptons during Covid,” said Mr. McGuire’s spokeswoman Lupé Todd-Medina.

The Times asked other candidates about their whereabouts from March to September. Ms. Wiley’s campaign said she spent 10 days outside of the city on Long Island in July, while Mr. Stringer said he spent three days in Connecticut with his wife’s family in August.

Eric Adams, the Brooklyn borough president, said he did not spend a full 24 hours outside of the city during that period. Mr. Adams, who slept at Brooklyn Borough Hall during the height of the pandemic, said he would spend eight to 12 hours visiting with his partner and family in New Jersey.

Carlos Menchaca, a councilman from Brooklyn, said he spent a total of 14 days outside the city, mostly hiking and meditating but still working remotely. Ms. Morales said she spent two days in upstate New York in July, and one of those days was with her campaign team.

Shaun Donovan, the former federal housing secretary, spent two weeks with his family in Washington, D.C., as they were in the process of moving to join him in Brooklyn, according to his campaign. Zach Iscol said he spent a total of 50 days outside of New York with his family in Pennsylvania and Massachusetts in between working as deputy director at the Covid-19 field hospital at the Jacob Javits Center.

If there is one candidate in the crowded mayoral field who is most likely to be impersonated on “Saturday Night Live,” it is probably Paperboy Prince, a rapper from Brooklyn.

At an online mayoral forum last week, Paperboy performed a rap in support of universal basic income, took two actual pies to the face and expressed concern about waking up a roommate.

Paperboy, who ran to be the first nonbinary member of Congress, wore large bedazzled sunglasses indoors and easily had the most colorful backdrop. The rapper won about 14,000 votes in the Democratic primary against Representative Nydia Velazquez last year.

Other unorthodox candidates have garnered attention over the years — if not many votes. Jimmy McMillan ran for governor and mayor on the “Rent is Too Damn High” platform. He released a music video and was played by Kenan Thompson on “S.N.L.” in 2010.

The forum, held by the Central Brooklyn Independent Democrats, featured other lesser known candidates: Joycelyn Taylor, the head of a general contracting firm who talked about growing up in public housing; Aaron Foldenauer, a lawyer who bristled at not being featured on the same panel as the leading candidates; and Quanda Francis, an accountant who said she dropped out of high school, which she said was an example of the failures of the city’s education system.

A different kind of police commissioner

When Mayor Bill de Blasio made a major announcement last week about stricter disciplinary rules for officers, he did so without Commissioner Shea.

The mayor said that the police commissioner was still recovering from the coronavirus. Yet the commissioner apparently felt well enough to conduct interviews with reporters earlier in the week, raising questions about his support of the new rules and of the mayor.

What seems clear is that Commissioner Shea does not have the support of most of the mayoral candidates. Ms. Wiley, a former counsel to Mr. de Blasio, even called on the mayor to fire him.

Several candidates have talked recently about what they want to see in the next police commissioner. Mr. Yang said he wants to hire a “civilian police commissioner” who was not a police officer and who is “independent from the culture of the Police Department.”

At the Brooklyn mayoral forum, Ms. Wiley and Mr. Stringer, the city comptroller, would not commit to hiring a person of color as police commissioner, but pledged that their administrations would be diverse. Mr. de Blasio picked three Irish-American leaders, and the Police Department has not had a Black commissioner since Lee P. Brown resigned in 1992.