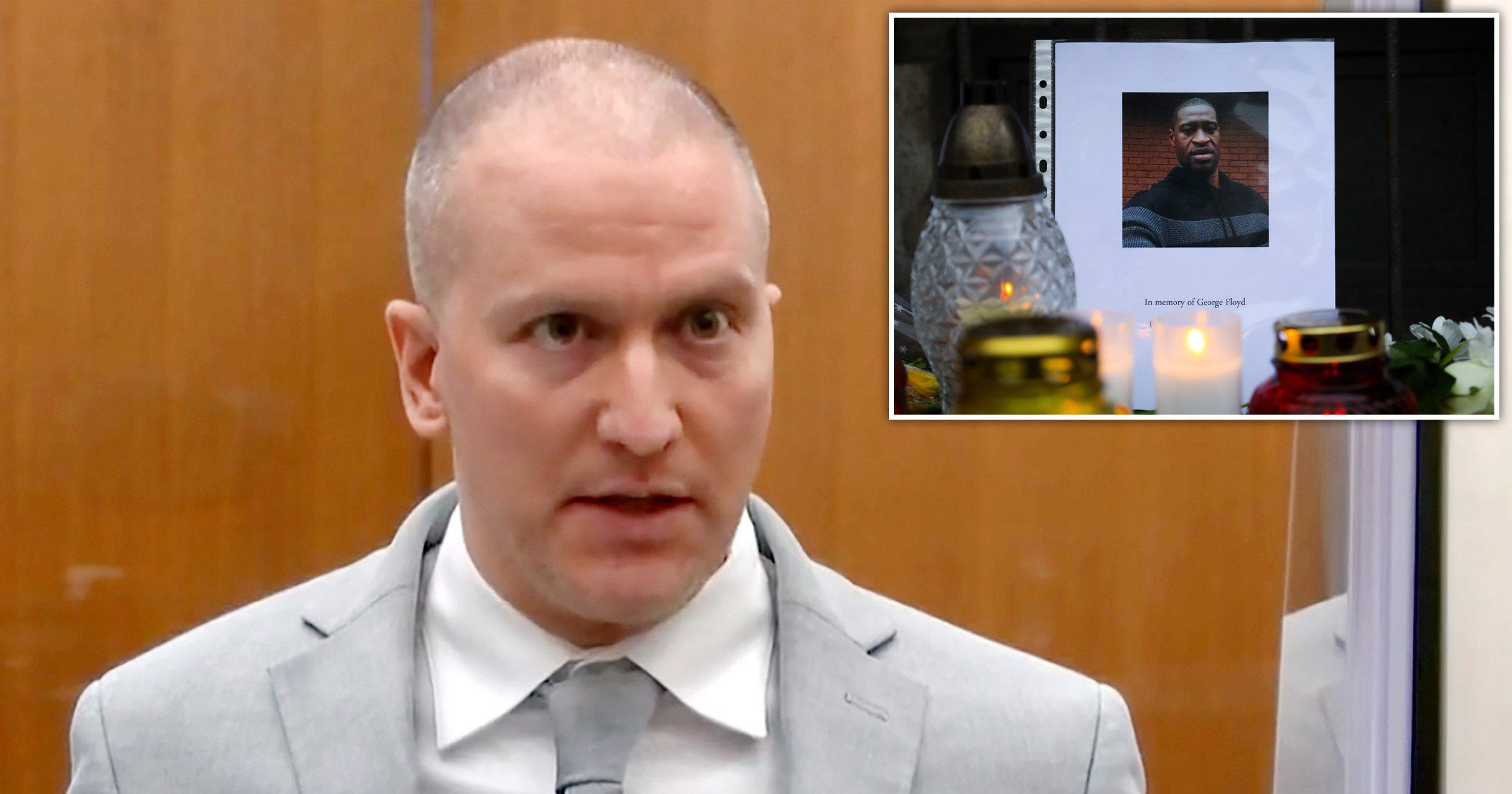 Chauvin pleaded guilty in December to depriving Floyd, a 46-year-old black of his civil rights by kneeling on his back and neck for over nine minutes, even after he became unresponsive, during an attempted arrest in May of 2020.

In his guilty plea, Chauvin admitted he willfully deprived Floyd of his right to be free from unreasonable seizure, including unreasonable force by a police officer.

In a court filing on Wednesday, the US Attorney’s Office recommended a 300-month sentence to be followed by five years of supervised release, a sentencing ‘reasonable and appropriate’ for Chauvin’s offenses.

‘A 300-month sentence appropriately captures the seriousness of the defendant’s abuses and the lasting harms that he has inflicted on his victims, their families, and the larger community,’ prosecutors said in the filing.

As part of his plea deal, Chauvin also pleaded guilty to violating the rights of a 14-year-old black boy who he restrained in a different case in 2017.

Because of that, prosecutors argued in their filing that Chauvin’s history should be taken into consideration when deciding his sentencing. Prosecutors said that Chauvin ‘used his law enforcement career to engage in abusive conduct’ on several occassions.

The sentencing recommendation comes over two years after Chauvin held his knee on Floyd for over nine minutes as the black man told him and other officers, ‘I can’t breathe.’

Floyd’s death, caught on video by a bystander, sparked worldwide protests and calls against police brutality and racial injustice.

Chauvin was also convicted on state charges of murder and manslaughter, and is currently serving a 22 1/2 year state sentence.

A federal sentencing date for Chauvin has not been set.