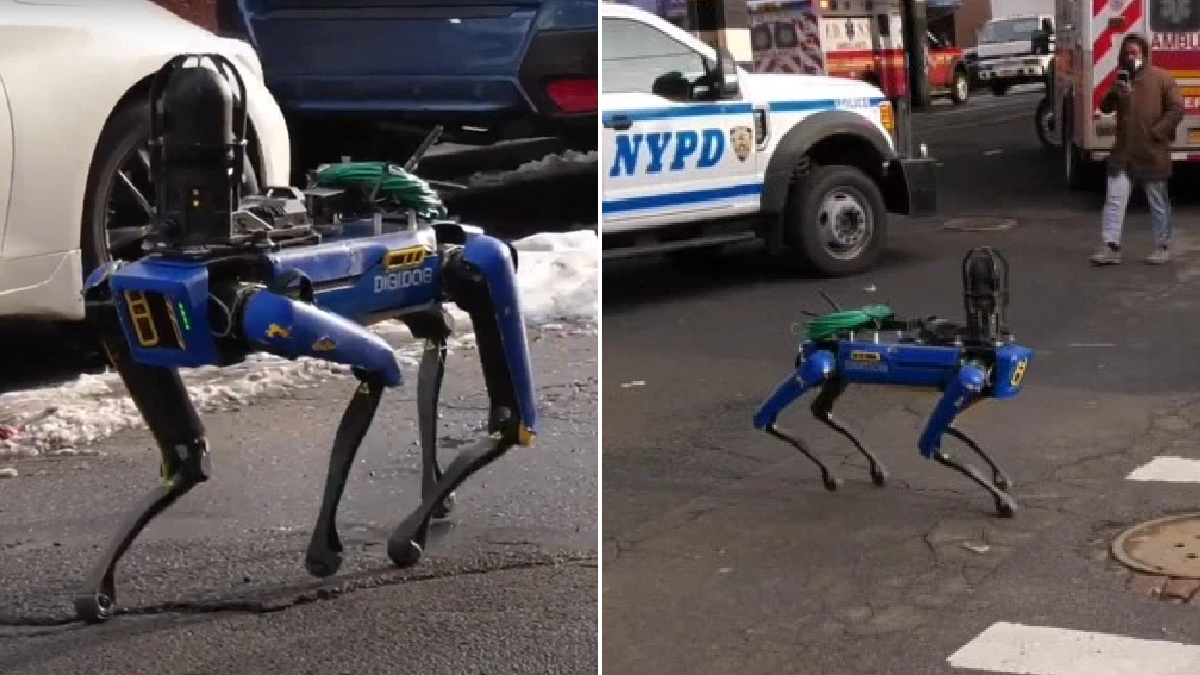 Cops in New York have parted company with their controversial police robot dog after less than three months of it being used to help catch criminals. The NYPD has said it has ended its contract with the makers of the ‘Digidog’, responding to a wave of criticism of the four-legged robot that was branded as ‘racist’ because of the communities it patrolled.

The NYPD leased the robotic side-kick from Boston Dynamics in February but has confirmed they have ended their relationship with the robo-dog.

‘The contract has been terminated and the dog will be returned’, a spokesperson told the New York Post.

The sudden termination, which happened on April 22, comes after a clip of the machine patrolling a Manhattan housing project went viral and sparked a wave of backlash.

Many said the machine reminds them of something that’s more likely to appear on the dystopic TV series ‘Black Mirror’.

What’s more, Mayor Bill de Blasio then urged the NYPD to ‘rethink’ its use of their little helper. The city council later agreed and decided to subpoena the NYPD to find out how much it costs to lease and operate the machine.

Police officials told The New York Times that the department that its contract with Boston Dynamics cost $94,000.

The robot was also tagged as racist by Alexandria Ocasio-Cortez, the US Representative for New York, who took to Twitter to criticize the NYPD’s use of it.

She said: ‘Now robotic surveillance ground drones are being deployed for testing on low-income communities of color with under-resourced schools.’

The lease on the dog was scheduled to end in August but was cut short after the pup became a ‘target’, according to John Miller, the NYPD’s deputy commissioner for intelligence and counterterrorism.

He said people were using the robot dog to spark arguments about race and surveillance, according to the Times.

Bill Neidhardt, a spokesman for the mayor of New York, said he was ‘glad the Digidog was put down’.

‘It’s creepy, alienating and sends the wrong message to New Yorkers’, he said.