Covid on the Border: Migrants Aren’t Tested on Arrival in U.S.

The Border Patrol says it has insufficient time and space to conduct coronavirus testing at crowded processing stations. Officials in border cities fear further spread of the virus. 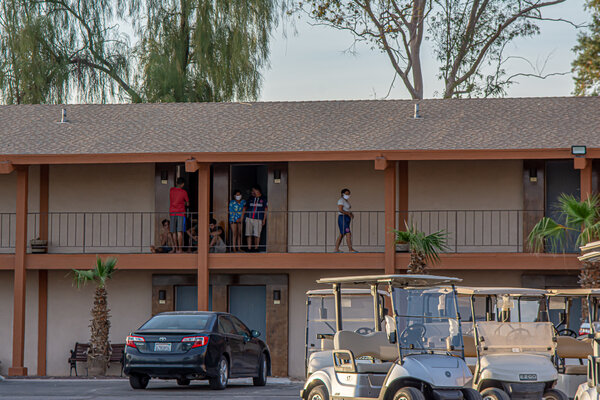 By Frances Robles and Miriam Jordan

Dora Eglis Ramírez and Pavel Brigido Rivero set out from Cuba to seek asylum in the United States last year, as the coronavirus rampaged across Latin America.

Starting their trek in Guyana, they managed to cross eight countries, sleeping in buses and doing odd jobs, without ever contracting the virus.

Then they crossed the border into the United States.

U.S. Border Patrol agents intercepted them late last month in Southern California and transported the couple to a heavily crowded border station. They spent 10 days and nights in cells crammed with Brazilians, Cubans, Ecuadoreans and Indians.

Mr. Rivero, 45, came down with the coronavirus and spent the next two weeks isolated, along with his still-healthy wife, at a hotel with about 200 other migrants who had tested positive for the virus or had been exposed to someone who did.

“I was healthy until I got locked up,” he said.

As the United States vaccinates larger numbers of people and several states begin to reopen after seeing lower infection rates, the failure of U.S. authorities to test adult migrants for the coronavirus in jam-packed border processing centers is creating a potential for new transmissions, public health officials and shelter operators warn, even among migrants who may have arrived healthy at America’s door.

More than 170,000 migrants crossed the border in March — many coming from countries still grappling with high infection rates — but the Border Patrol is conducting no testing for the coronavirus during the several days that the newly arrived migrants are in U.S. custody except in cases where migrants show obvious symptoms. 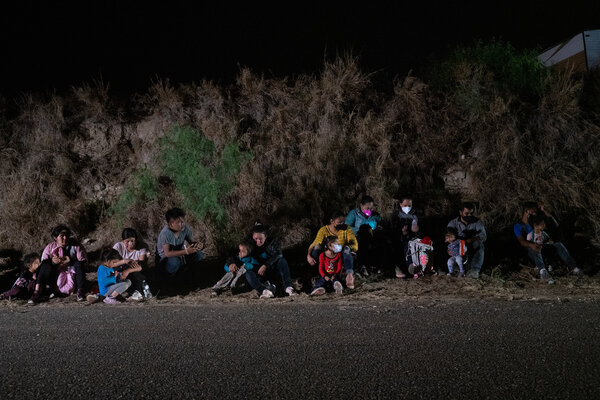 The government says it has insufficient time and space to test migrants upon their arrival. So while migrants get a basic health screening, testing is being postponed until their release to local community groups, cities and counties, usually after the new arrivals have spent days confined in tight spaces with scores of strangers, often sleeping shoulder to shoulder on mats on the floor.

Unaccompanied children are being tested, but only after they have spent around three days in custody, just before being loaded onto buses or planes for transport to government-run shelters.

U.S. officials say the challenges to testing all the new arrivals when they are first apprehended are insurmountable. There have been no instances of mass spread at U.S. border facilities, and overall numbers of cases are relatively low, according to the Department of Homeland Security. About 5 percent of all single adults and families tested after their release since March showed a positive result, according to the agency, while among the thousands of unaccompanied minors now in custody, the rate has been about 12 percent.