Couple 'threw kitten around like a frisbee and demanded $1,000 to stop'

A couple were filmed appearing to torture a kitten by throwing it around in the sea.

John Laguerre, 27, and Jamarria Wayne, 22, were seen hurling the petrified animal several feet into the air and into the waters of Sunny Isles Beach, Miami.

They even sarcastically demanded $1,000 to stop after being confronted by horrified onlookers, according to witnesses.

The pair allegedly tried to resist arrest as Wayne threatened to ‘bite’ police, who told the couple that no animals were allowed on the beach.

They were eventually pinned down by eight officers, one of which took the soaked cat and handed her to Miami native, Natalia Martin, who brought her to an animal centre.

Miraculously the kitten, which is only a few months old, survived the ordeal and has since been rehomed.

Natalia told Local10: ‘They were trying to make her swim and the cat was so scared, she was passing out already. She was half alive.’

When she tried to take the cat from the couple, the Natalia claimed she was intimated. 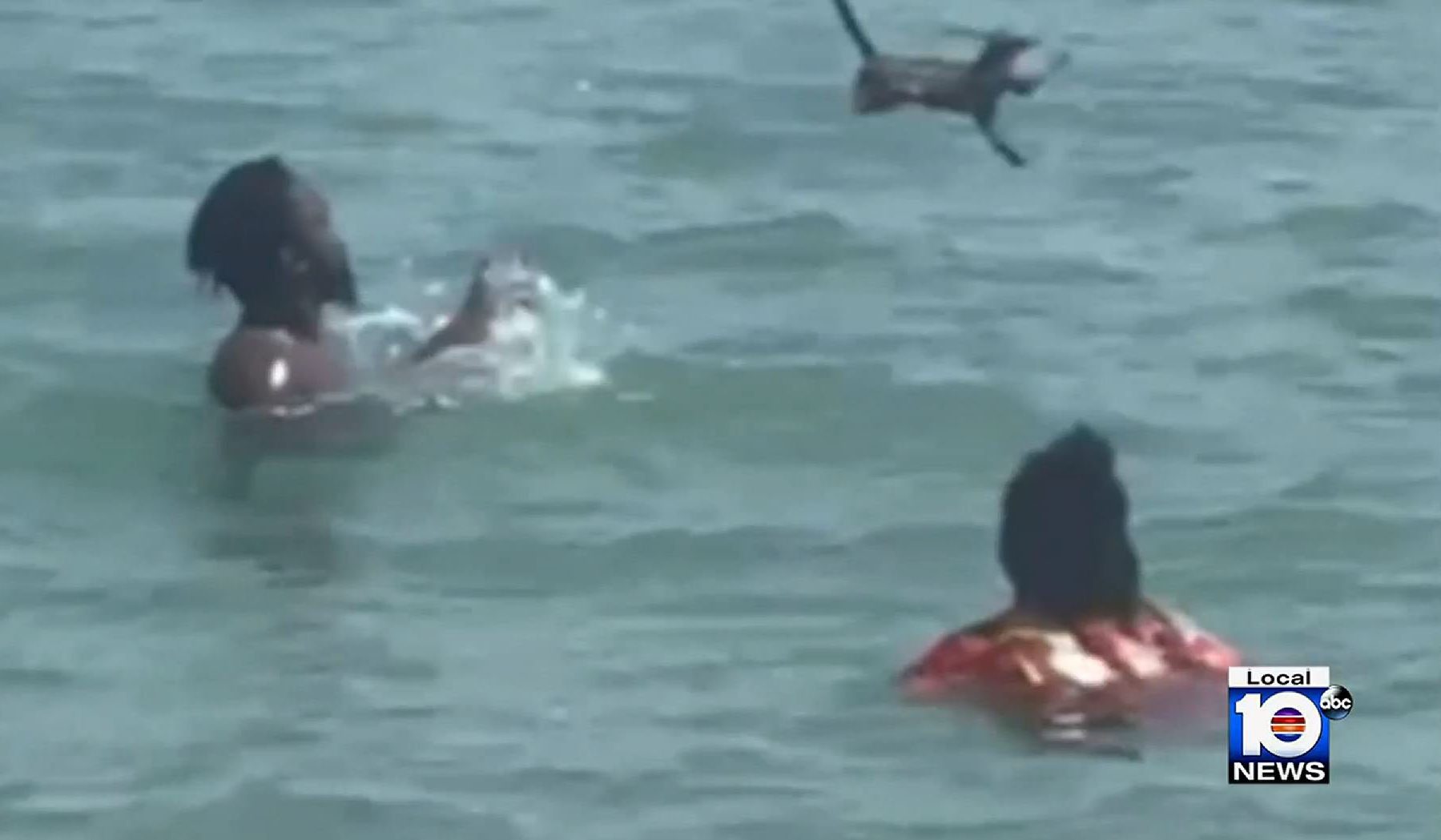 She said: ‘The guy started being so aggressive towards me. He started stepping up.

In the video the kitten is completely motionless, seemingly in shock from being plummeted into the waves.

The pair were charged with resisting an officer without violence to his person, while Wayne, who was ordered to pay a $2,000 bond, was hit with one count each of battery and attempted battery against an officer.

Laguerre was also charged with animal cruelty and bailed out on $12,500.

The case against the couple is currently ongoing.