Coronavirus: US biker rally responsible for more than 260,000 cases of COVID-19, study suggests

A 10-day biker rally in South Dakota was responsible for more than 260,000 cases of coronavirus costing $12.2 billion in treatment, according to a study bySan Diego State University.

That represents almost one in five of the 1.4 million new cases of COVID-19 in the US between 2 August and 2 September.

The Sturgis Motorcycle Rally attracted almost half a million visitors over ten days at the start of August.

San Diego scientists decided to evaluate its part in any increased infection rates after large crowds, coupled with minimal mask-wearing and social distancing, raised concerns that the event could serve as a coronavirus “superspreader”.

The rally featured bands such as Drowning Pool and Smash Mouth, with some performances criticised for a lack of social distancing. 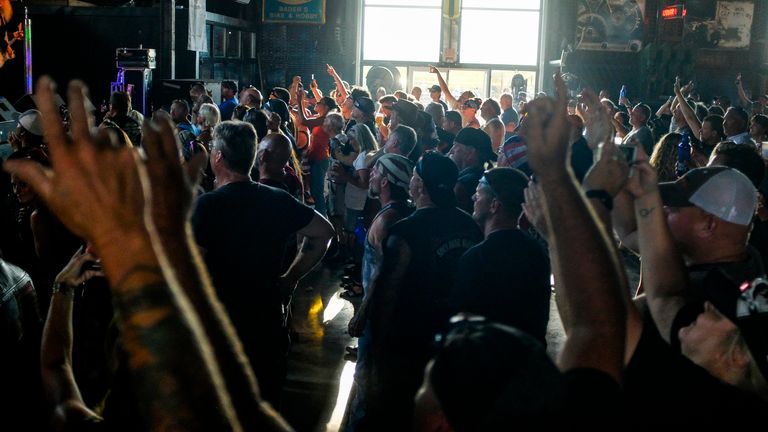 This was combined with figures from the Centers for Disease Control and Prevention (CDC) which recorded infection rates in Meade County where the rally took place, neighbouring districts and areas across the country from which the largest numbers of people had attended.

The authors concluded that the event was linked to 263,708 across the US and the data provided “strong evidence that the Sturgis Rally appears to have been a super-spreader event for COVID-19“.

It added: “If we conservatively assume that all of these cases were non-fatal, then these cases represent a cost of over $12.2 billion (£9.4bn), based on the statistical cost of a COVID-19 case of $46,000 estimated by Kniesner and Sullivan (2020). 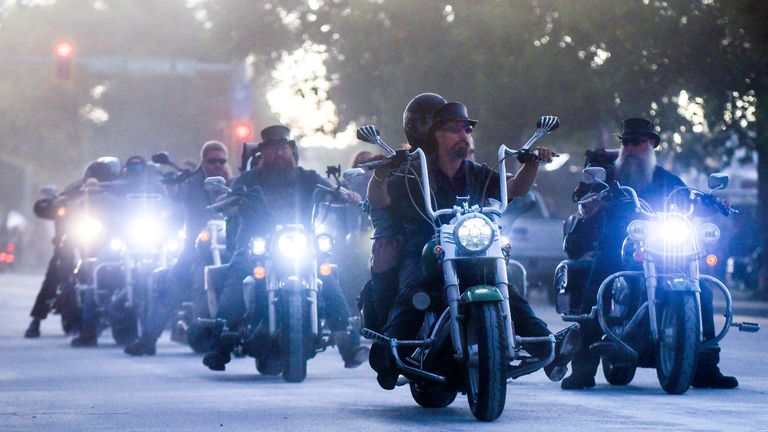 The Sturgis Motorcycle Rally began in 1938 and has been held every year since, apart from during WW11 when it was called off because of petrol rationing.

As well as live music, it features bike races and stunts and generates millions of dollars in income for the local area.